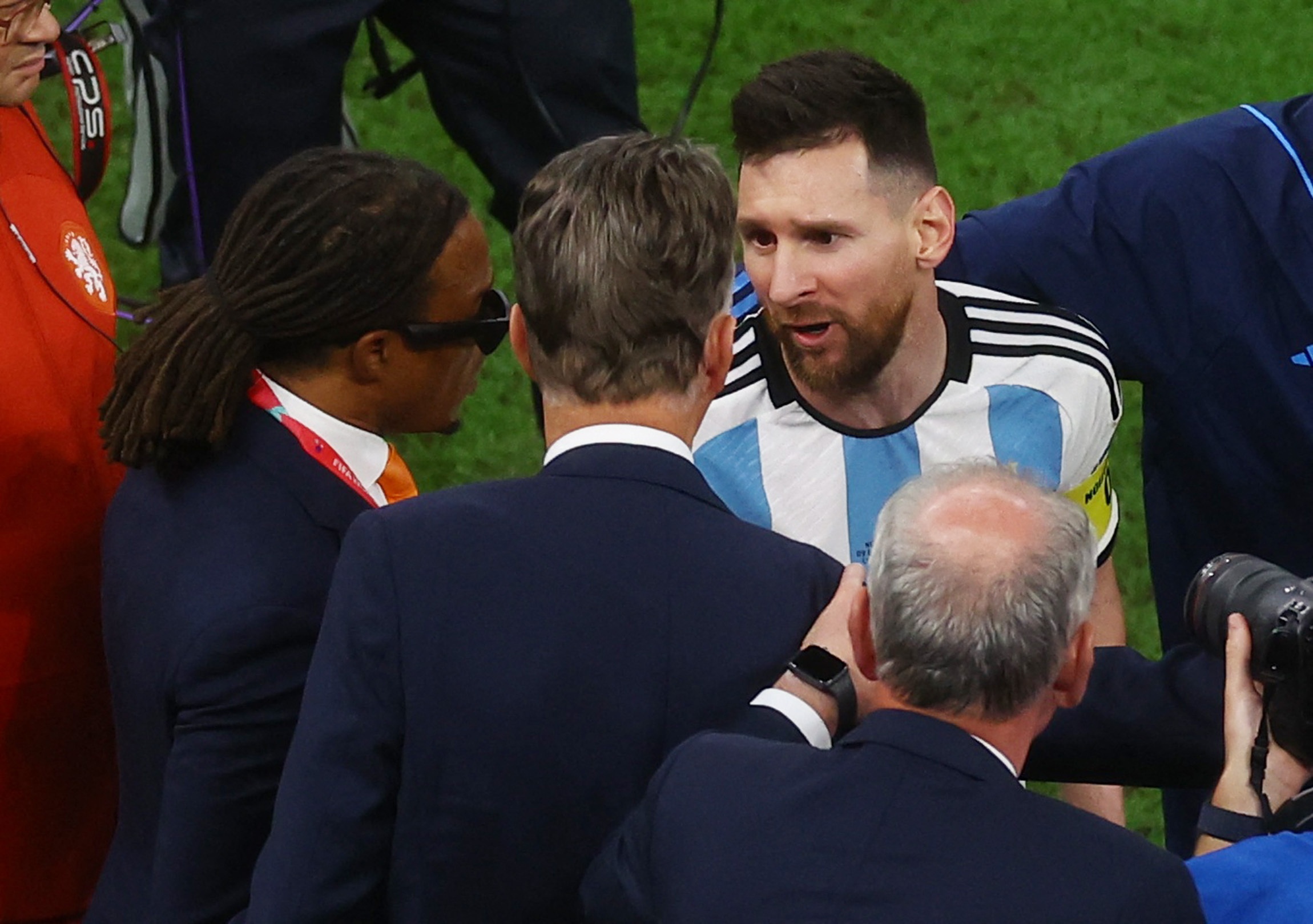 Thursday, 15:45 Doha. A little over a day before the match valid for the quarterfinals of the World Cup between Argentina and the Netherlands, louis van gaal appears in conference room number 2 of the city Convention Center next to Memphis Depay. The room, next to the one that Alexis Mac Allister and Lionel Scaloni will use for a while, is a little smaller and is 80 percent complete. The experienced Dutch coach begins to respond sarcastically, with a hint of arrogance.

The coach of the Netherlands, Argentina’s rival in the quarterfinals of the World Cup in Qatar, was often in the news for his bravado profile, his fights with figures from the Albiceleste, or his reputation for not having much affection for Latino soccer players. So much foliage ended up hiding the mark left by his masterpiece: the revolutionary Ajax of the 90s

At 71 years old and a thousand battles on his back, the pressure does not weigh on him. But he began to play cards that -in the end- were not convenient for him. He lit a fire in Argentina that did not exist until there. In addition to dragging the strong cross with Juan Román Riquelme in Barcelona, ​​when he made him play in another position, he questioned his work on the field and publicly declared that he had not requested to hire him, van Gaal had one last duel with another Argentine: angel di maria.

Far from slowing down on the eve of a duel of such magnitude, he was defiant when an Argentine journalist asked him about noodle and a phrase that had resonated, when the Rosario called him the worst coach he had in his career. “He had many personal problems. They had broken into his house to rob him and that also affected his level of performance that season. He is one of the few players who has said that about me, in general they say the opposite”, he lashed out.

In the Argentine concentration, a couple of hours after the last training session prior to the match, they took note of it. And since they are devotees of the low profile (which is why Lionel Scaloni fell so well in the group and became a leader), they also did not like at all that van Gaal deliberately joked in a conference to delve into his dispute with Di María: “Here I have Memphis (Depay) to whom something similar happened: he also played for Manchester and now we kiss because we love each other… Well now he doesn’t want to kiss me, first we’ll see how things turn out”.

Louis Van Gaal’s history of conflicts with the stars of Argentina: Di María described him as “the worst coach” he had and the legendary fight with Riquelme

The Dutch coach, who starred in a career full of controversy, will cross paths with the Albiceleste again in a World Cup elimination phase

On no less than four or five occasions, the Dutch journalists in the room burst out laughing at some occurrence in van Gaal’s responses, who took off his serious mask and completely relaxed the dialogue with the press. Between answer and answer, he added fuel to the fire when they asked him about Messi: “He doesn’t play much with the rival when he has possession of the ball. That is also where our chances are”.

In the semifinals of the 2014 World Cup, Sergio Tiny Romero became a hero and got Argentina into the decisive match against Louis van Gaal’s Netherlands. Hours after the revenge in Lusail, perhaps in an attempt to convince himself that the streak would change and history would this time be on the orange side, Fought stated: “If we have to go to penalties, I think maybe now we have the advantage”. This was music to the ears of Dibu Martínez, who is inspired every time an opponent gives him lyrics ahead of time.

“Everything happened on the court, but normal. Things that happen in a World Cup quarterfinal. A lot of tension, a lot of nervousness on both sides. He had talked to each other a lot before the game, which we don’t like. We felt that we had been disrespected”, Messi was downloaded in the mixed zone before getting on the concentration bus albiceleste. The Argentine captain pointed directly at van Gaal and Wout Weghorst, author of the two goals for the European team, with whom he had the outburst just before giving an interview.

Analysis of the Netherlands, Argentina’s rival in the quarterfinals of the Qatar 2022 World Cup: this is how he redefined his identity with Louis van Gaal

At the age of 71, in his third cycle as coach and being the tournament’s oldest coach, he imposed his tactical style on a group of very talented players who have gone 19 games without losing and dream of making history in Qatar

In Maradona mode, Messi went looking for van Gaal at the substitute bench once the victory was consummated and commented to him in a low voice what he later shared in front of the microphones. He shook his fingertips in a “talk a lot” gesture and walked off the scene as he was separated by Edgar Davids. After his penalty goal, he emulated the Topo Gigio de Riquelme aiming directly at the rival bank. “He sells that he plays football well, but in the second half he threw balls”was another of the withering phrases of Leo.

Van Gaal left Doha without a job, since he resigned from the technical leadership of the Netherlands: “I am not going to continue in the national team because I was alone for this period. This is my last match. I have played twenty games and I have not lost any. I asked the guys to practice penalties. Losing in this instance is having a lot of bad luck”. From the tone of his latest statements, he left in his law and obviously does not plan to change the ways that boosted the ambition to win in Argentina. The Dutchman underestimated the fury that he could unleash – and unleashed – on his worst executioner.