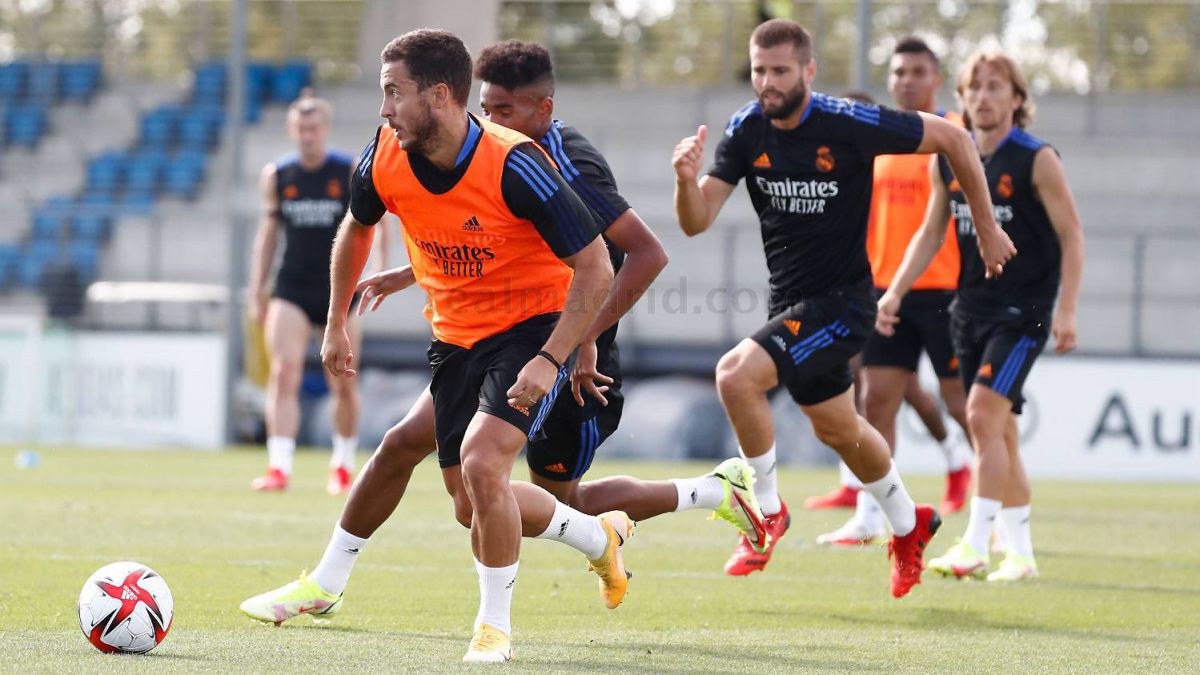 If Real Madrid and Milan today put all their European Cups on the grass of the Wörthersee Stadion in Klagenfurt (Austria) they would join 68 kilos of silver. It is what the 20 trophies of champions of the Old Continent that add up between the two, that is, the 13 madridistas and the seven rossoneri. They have the most, but precious metals only reflect the mysticism that always surrounds this game (6:30 pm, RMTV).

For the new white generations, Milan may seem like a band that lives off its old hits, but their parents and grandparents suffered a black beast. Of Schiaffino almost snatching the Third from Di Stéfano and company in 1958 to Berlusconi’s demolition of the European flight of the Quinta del Buitre with Maldini’s Apollonian elegance, Gullit’s dreadlocks, Sacchi’s alchemy … and a goal from Ancelotti in that 5-0 in the 1989 semi-finals that for years traumatized Real Madrid. Winks of football, Carletto has to start seriously rehearsing his second Real Madrid with his Milan as a test tube.

A friendly premium one week before the League premiere in Vitoria and a week after hesitating in Glasgow (2-1) in the first serious summer test. That half saved Rodrygo and the raptors from the quarry. Today, Madrid is obliged to do more.

First, Odegaard. Six years and five assignments later, still misplaced and with an unsettled future. Austria offers to the Austrian Alaba’s debut with a burning number (the 4 of Ramos) and for the umpteenth stroke of faith with Hazard. Nearby, in Salzburg, the Belgian looked like Mozart in his first goal with the white jersey in the friendly against Red Bull on 8 August 2019. He has gone out of tune since then. More morbid, if possible, puts Bale. He did not play in Glasgow and it does not seem that he has altered his vital coordinates (you know, Wales. Golf. Madrid) but in this ‘canine’ team in goals, even the Welsh wayward is welcome for Ancelotti.

New and pre-owned names while four starters are canned and will not play. Benzema, its set-up delayed by COVID, Kroos with pubalgia, Carvajal Y Mendy and its mysterious tibia. Valverde did not exercise in the previous one either. Gaps that will be covered by the youth squad of Blanco and Gutiérrez.

No genius of ‘Ibra’

In Klagenfurt, meanwhile, they are going to live it to the fullest. The 30,000 tickets on sale (there are no sanitary restrictions in the capital of Carinthia) were sold in just 27 hours. Maybe they thought they would taste one of the latest genius of Ibrahimovic, but it cannot be. Pioli will be content with the newly signed Giroud and with thanking his rival today. Because what Madrid has left over, Milan gives life. First it was Theo Hernández (15 goals in two seasons there) and now Brahim.

Madrid needs in Klagenfurt, which in German means Wailing Ford, start smiling. Burying the nostalgia of looking around and not seeing Zidane or Ramos and dedicating oneself to building their present. Whether or not Mbappé arrives and after a year without titles, Madrid has to be Madrid.