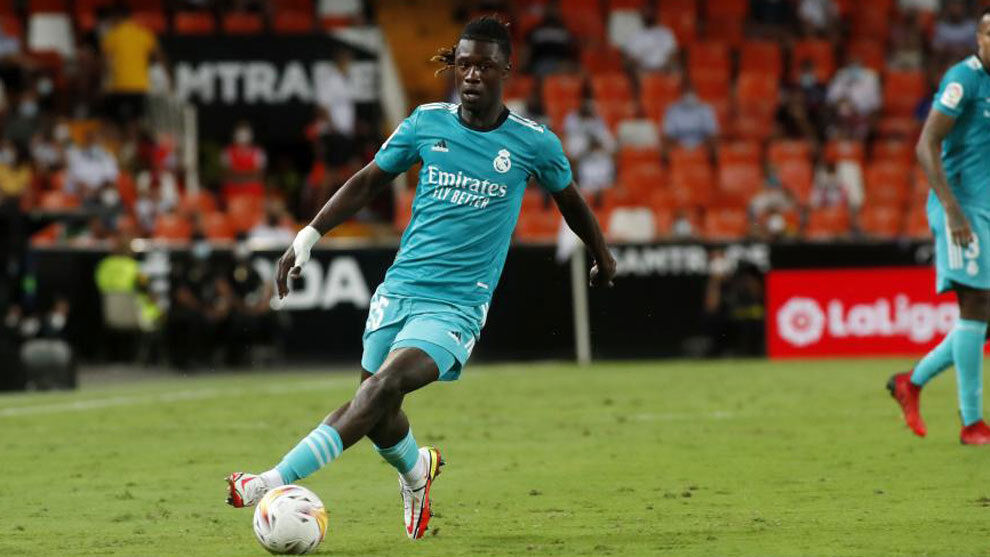 Eduardo Camavinga continues to take giant steps at Real Madrid. The Frenchman’s third game in just ten days and he already has Real Madrid in love. Without playing as a starter yet, every time he has appeared on the field, always in the second half, he has left something important. At Mestalla Madrid drowned between Valencia’s goal and the effort of last Wednesday at San Siro. Carlo took out the former Rennes in the 66th minute for Modric, that after a great game he was already showing signs of fatigue. It is not easy to go out for the Croatian and be at his height, but from the first minute on the field the Frenchman showed his personality again. He played, defended, reached up and barely missed balls. Without scoring or giving an assists on this occasion, his presence in the midfield served the entire team to regain the initiative and lock the opponent in their field.

With Camavinga in the field came the comeback. The Frenchman is happy and the truth is that he couldn’t have started better. Marc in his debut against Celta, after reaching the goalkeeper, attentive to the rejection of the shot from Modric, and was key again last Wednesday, in his debut with Madrid in Champons. When everyone was accepting the draw, the French entered the area to catch a good pass from Valverde and first assist Rodrygo. Once again Ancelotti’s men won with him on the field.

What seems clear is that at this rate Camavinga It will not take long for him to play his first starting game with Madrid. So far, Modric, Casemiro and Valverde have been the starting core and Kroos is missing, who should be part of the eleven upon his return. But French is not going to make it easy. At the moment he is already ahead of Isco or Asensio himself. And it is not satisfied.

Key in the three times that he has played

Camavinga He has 57 minutes in the three games he has played, with a record for Madrid of five goals in favor and none against. He came out against Celta with 3-2 and scored a goal and the team ended up winning 5-2. Against Inter he took the field 0-0 in the 80th minute and in the 89th minute he served Rodrygo with the victory goal. Again decisive.

And against Valencia, Ancelotti He played it leaving the center of the field to Isco and Camavinga, a risky bet … that worked. The Spanish and the French took control of the core and Madrid made the comeback. Again with Camavinga as the protagonist.