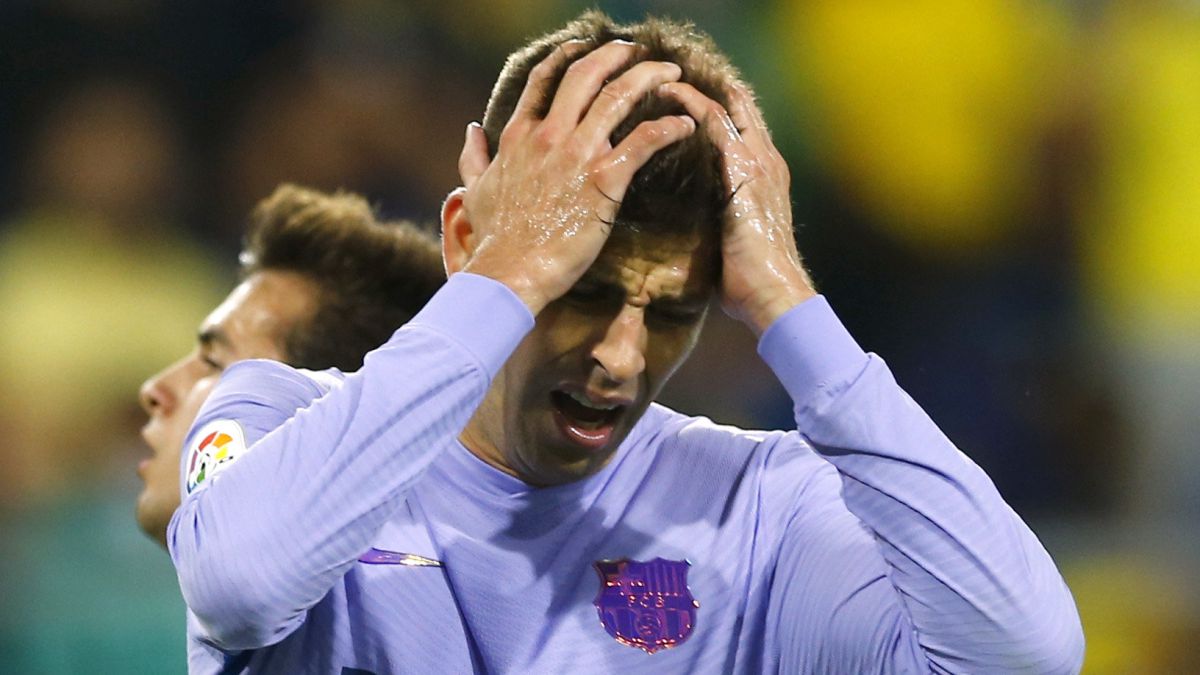 There is a maxim in the football proverb that speaks of how difficult it is for an English player to adapt to another championship that is not the one of the land where he was born. Bale, Trippier or Jadon Sancho are some examples that confirm the rule. But the Daily Star wanted to turn it around and exemplify ten footballers, cataloged as the ten great failures of the Premier League, which had no impact whatsoever in England, but which, nevertheless, became world references far from the islands. Spain comes out badly in the ranking prepared by the media. Up to three national players are designated: Gerard Piqué, Luis Alberto, Iago Aspas and Álvaro Morata. Also other great acquaintances of the Spanish championship such as Ángel Di María or Memphis Depay.

The Argentine left Real Madrid as a star and after winning La Décima. United bet heavily on him to try to get back to being with the best. He had some highly inspirational match, but was sold just one season after his landing for 15 million euros less to PSG. In Paris he has recovered his level and has established himself as one of the figures of the Argentine team and a luxury companion for Neymar and Mbappé. Due to friendship and nationality, he was also key in the arrival of Leo Messi. For the Daily Star, it is considered the biggest failure.

In this case, the Daily star He does not attribute so much responsibility to Piqué, but, rather, to his club for not having taken out all the potential that he kept inside. The center-back only played 12 games for Manchester United before returning to Barcelona in 2008. The rest is history. In Barcelona he has become a legendary center, key in the golden age of the club and the National Team. Now, Barça has repeated the formula with Eric García, who grew up in his quarry and who had made the leap to the City’s first team. Guardiola also did not have him as an indisputable and, to this day, he grows with Koeman at the helm.

Ten years ago, Bayern paid 13 million for what would later be their undisputed central in a splendid decade for the German giant. Manchester City, the club he came from, failed to see its full potential. In fact, they lined him up as a right back and more like a patch than a solution. Years later, the Mancuniano club invested millions and millions in finding central guarantees, while whoever was its footballer lived his best years in Germany.

PSV sold Memphis Depay to Manchester United for about € 34 million. Dutch He arrived with the poster of Nuevo Cristiano and it was the express request of Louis van Gaal. He landed young, it is true, but his performance was far from what was expected. A year and a half later he went to Lyon for 20 ‘kilos’ less than it cost, after only scoring two goals with the red elastic. In France he was once again the lion that he was aiming for and that has led him to be the headliner in Barcelona in the post-Messi era.

It is difficult to remember the genius of Moaña with another shirt that is not the Celta one. But yes, his excellent performance in Vigo led him to a colossus of the Premier: Liverpool. At Anfield it didn’t feel like home. He hardly had opportunities and passed through England without pain or glory. Nor did he shine in Seville, where he played on loan, coming from the ‘reds’. When he returned to Balaídos, he regained the star and costume leader stripes. To this day, he remains one of the best players in LaLiga, despite the fact that at the time he went unnoticed by the English championship.

His speed and skill make him an ideal player to succeed in the Premier League. But he did not succeed. José Mourinho could not find a place for him at Chelsea and he barely played fifteen games. Juventus gave him a new opportunity, which has given him the opportunity to be one of the stars of Colombia and a fundamental player in the undeniable dominance of Vecchia Signora years ago.

20 games and just four goals in his only calendar year in England. Leicester blindly trusted him and invested nine million euros, despite coming from a minor league. He had no chance to prove himself and went out the back door. He arrived at the Hoffenheim, his home. There he grew up and taught the world the forward he is. He is the top scorer in the club’s history and a benchmark in Germany. King Power Stadium hardly enjoyed it.

Liverpool recruited him very young, after passing through the quarry of Barcelona and Sevilla. A superlative talent seemed to arrive, capable of sneaking into the starting eleven from day one. The reality was quite different. He had to go on loan to Malaga and Depor and ended up leaving for only four million euros to Lazio in 2016. In Italy he is a star, one of the most coveted players in Serie A. Who knows what would have happened if the Anfield stands had enjoyed him more often.

Another Spanish victim in this particular ranking is Álvaro Morata. The Juventus striker was Roman Abramovich’s great bet. It came from being a luxury shock in Madrid and good years in Turin. He had everything to succeed and his first season was salvageable: 11 goals and 6 assists in 31 Premier matches. In the second he was diluted, he barely participated and only celebrated five goals. At Stamford Bridge his patience ran out and he signed for Atlético. Now, back in Italy, he has proven to be a great striker, effective on goal and more regular than in the past.

Close the Daily Star classification one of the most famous names of what we have in the Champions League. Haller scored four goals on the first match day against Sporting de Portugal and aroused the attention of the entire continent. The Ajax striker, by contrast, failed at West Ham, who paid £ 45m for him. It remains to be seen if his experience in England punishes him when it comes to signing for another great team. Of course, in the Eredivisie it has had an impact. There are 16 goals in 24 league games plus the aforementioned recital in the Champions League …