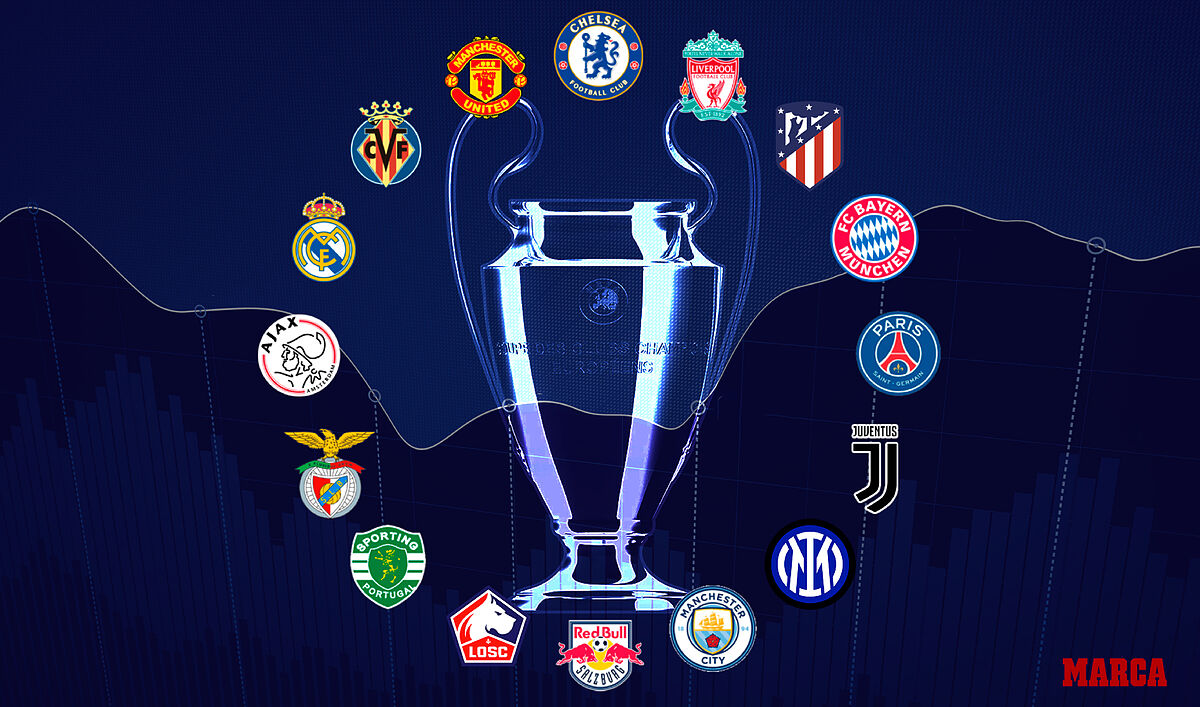 Lhe round of 16 of the Champions League are already here. Real Madrid, Atlético de Madrid, Villarreal, Ajax, Benfica, Sporting CP, Lille, RB Salzburg, Manchester City, Inter, Juventus, PSG, Bayern, Liverpool, Chelsea and Manchester United they will fight in search of the quarters. Some heats full of emotion in which the numbers they have had so far can give clues about what can happen on the pitch.

The cold figures put each team still ‘alive’ in the Champions League in its place. Who is the team that scores or runs the most? Who is the best assistant or the best dribbler? Haller, Vinicius, Bruno Fernandes… are just some of the protagonists so far. The numbers do not deceive.

The Atltico, the one that has less ‘scored’

Ajax, Bayern and Liverpool knocked down the door of the round of 16 with force. They signed a plenary session in the group stage, devastating their rivals. Real Madrid and Juventus were close to perfection, but suffered a defeat. At the opposite pole was Atlético de Madrid. With two wins, one draw and three losses, they were the team with the fewest points (7) in the group stage. They were also the ones who accumulated the least possession (43.8%) and the ones who scored the fewest goals (7) together with Lille and Benfica of those who are still in the tournament.

Bayern, with 22 goals, was the team that scored the most goals. A roller in the six games prior to the qualifiers in which the English clubs emptied themselves to run. Liverpool (177.9 kilometers traveled), Manchester United (174.79), Chelsea (170.5) and Manchester City (159.29) legs left.

City does not ‘queen’ in possession

Pep Guardiola’s ‘cityzens’ did not monopolize the ball in the groups. They were fourth behind Chelsea (62.5%), Liverpool (59.5%) and Ajax (58.7%). Of course, no one beat them in passing accuracy (90.2%). They used the leather better than anyone. A ball that Inter threw the most times (117) at the rival goal. Some opponents that RB Salzburg was the one that stopped the most times with fouls (101).

With 10 goals in his first six Champions League games, Ajax’s Ivory striker is making a record Champions League. He is the top scorer ahead of Lewandowski (9). In assists, Bruno Fernandes (6) has no rival. And no one has run more so far in the tournament than Aaronson (78.2km) and Seiwald (69.1). RB Salzburg have two ‘all-terrain vehicles’ and City have a ‘gunboat’. Mahrez is the one who shoots the most (24 shots).

Vinicius and the ‘top’ of Sevilla

At the end of Real Madrid they do not throw the loop. He has completed 41 dribbles Widely surpassing Ngamaleu (34 with Young Boys) and Mbapp (32 with PSG). And in Seville two kings of statistics play. Fernando is the one who has recovered the most balls in this Champions League (51) and Ocampos the one who has suffered the most fouls (18).

The ‘Big Data’ of the eighth of the Champions League