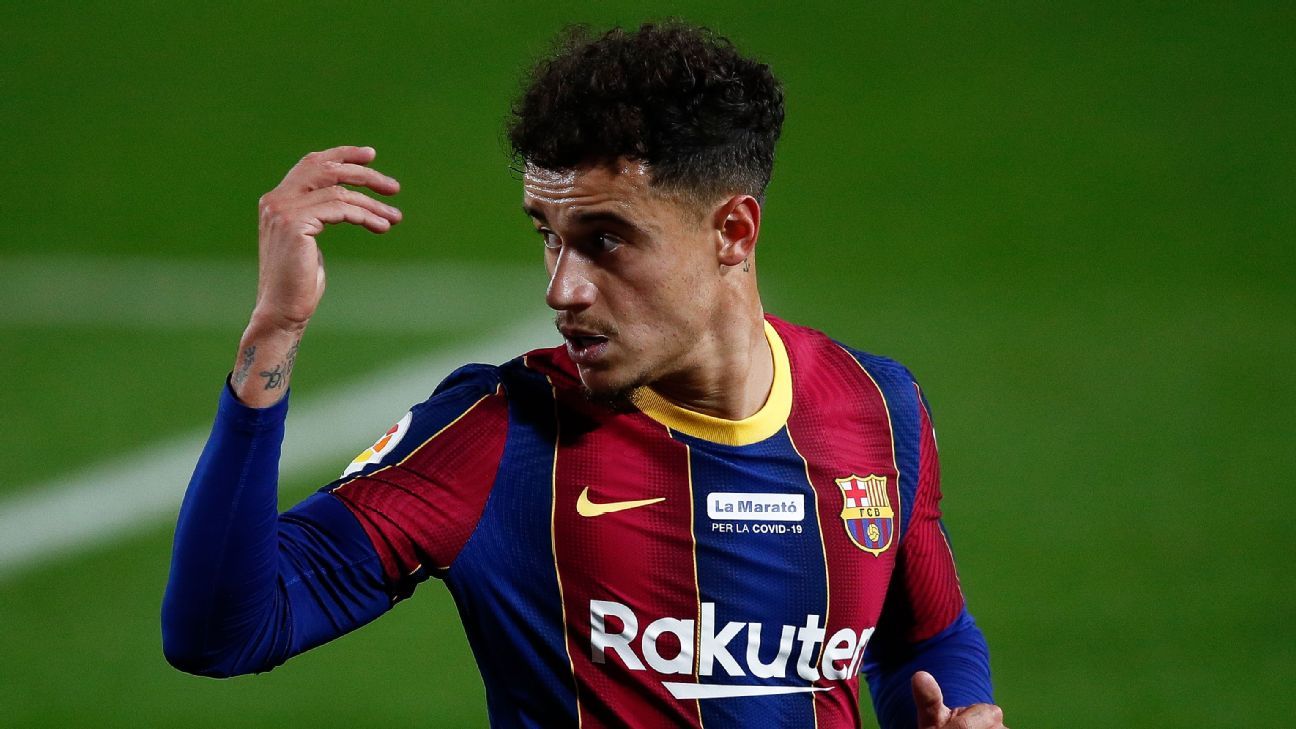 BARCELONA – The future of Philippe Coutinho It is again another summer, one more hot potato for Barcelona.

The Catalan club desperately needs to sell players with high chips to balance their accounts but at the same time different sources admit to ESPN that they do not want to “give it away” and that even Ronald Koeman considers him a profitable player for the new season.

Barça already has a principle in accordance with Lionel messi but to register the Argentine and the new signings (Sergio Aguero, Memphis Depay, Eric Garcia Y Emerson) needs to dispense with multiple players in order to meet the La Liga salary limit.

The sale of Coutinho was taken for granted due to his poor performance and because he is one of the highest paid players in the squad, but different sources reveal that his departure is not actually as clear as that of Antoine Griezmann or that of other players discarded by Ronald Koeman as Miralem Pjanic Y Samuel Umtiti.

Barça paid 120 million (plus 40 in variables) to Liverpool in January 2018 for their services and the club is aware that recovering that amount in the current market is a chimera.

Letting it out in the form of a loan would be the other alternative and different sources have revealed to ESPN that AC Milan would be interested. However, a source slides ESPN that it would not make sense to give it to another team to try to revalue it if Barcelona have to continue assuming another season plus part of their salary.

In this way, the sources admit that, in the absence of more than a month for the closing of the market, they only consider their exit if there is a transfer offer with advantageous conditions for the entity or if a club pays a considerable amount of money for its transfer.

Laporta, who seeks to raise funds and reduce salaries to meet the La Liga salary limit, will continue to listen to offers but a source close to ESPN acknowledges that Koeman would not look down on his continuity.

In fact, the Dutch coach already gave prominence to Coutinho at the start of last season and believes that he can be useful to give him another alternative to his midfield.

Coutinho, meanwhile, continues to recover at the Ciutat Esportiva from the serious knee injury that occurred on December 30 of last year.

The Brazilian has had to undergo surgery twice since then but at Camp Nou they hope that he will be able to return to the pitch soon. Whether it is with the Barcelona shirt or another club’s is still a mystery.