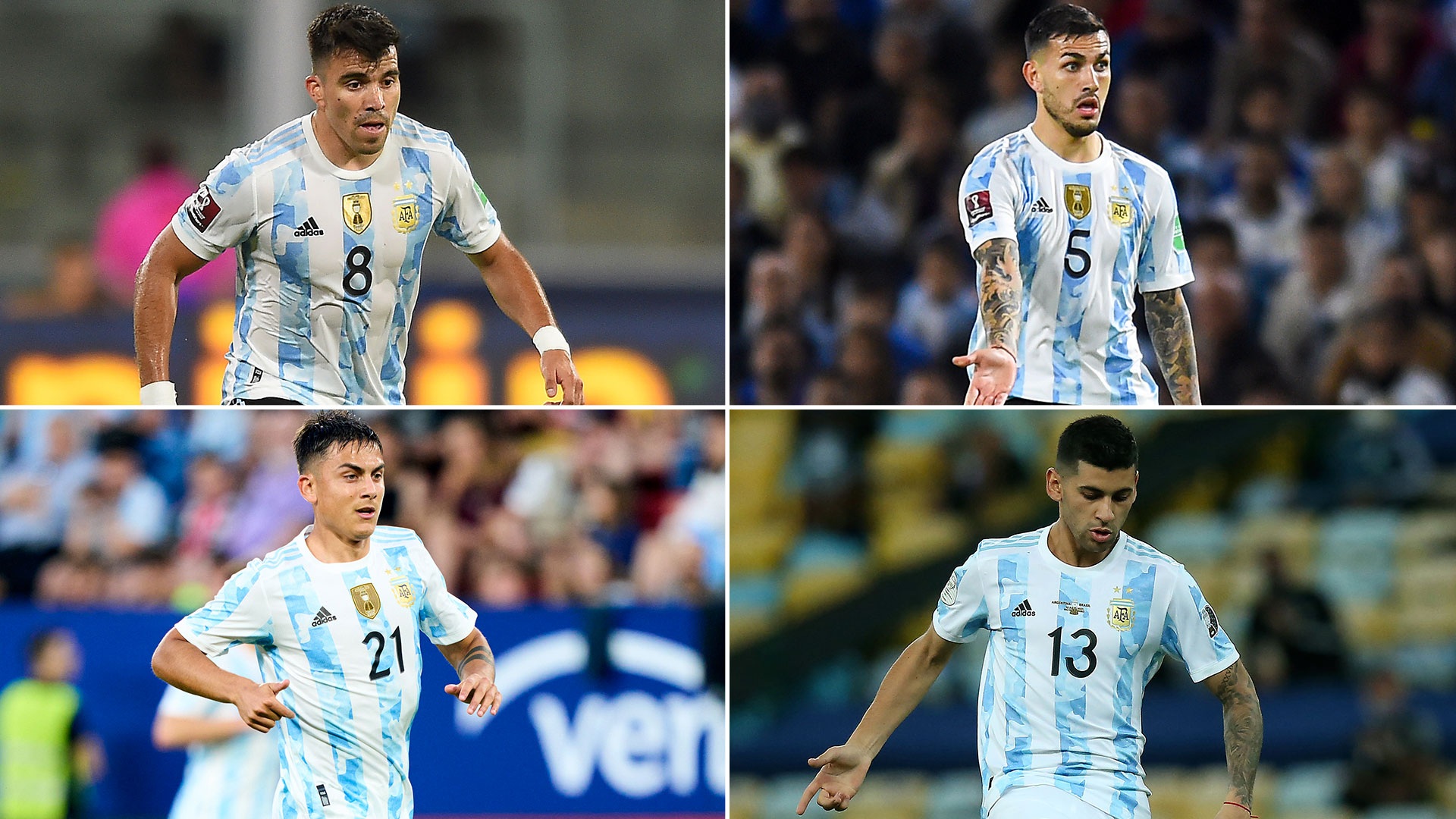 * The moment in which the former Central felt the pull

The infirmary of the Argentine team: how are the nine footballers who worry Scaloni facing the World CupAfter the injuries of Paulo Dybala, Ángel Di María, Juan Musso, Juan Foyth and Exequiel Palacios, there is also concern for Leandro Paredes, Nicolás González, Cuti Romero and Marcos Acuña

The Qatar World Cup 2022 is getting closer and when a soccer player from the Argentine national team feel discomfort in one of the last games before the stoppage, the alarms scream. It happened, for example, with Angel Di Maria, Leandro Paredes or, above all, with paulo dybala, the most complicated. And this Sunday the scare was caused by Giovani Lo Celso.

The 26-year-old midfielder had been suffering from muscular discomfort, a fact for which he had been being cared for by the Villarreal in training and some commitment. When it was 24 minutes into the match between his team and Athletic Bilbao for the Spanish League, the former Rosario Central threw a cue on the edge of the area and then the back of the right thigh was taken. Immediately afterwards, she sat down on the grass, in an unmistakable signal requesting a change, and lowered her right stocking to expose the cufflink.

Montiel’s goal and the assists of Acuña and Papu Gómez in Seville’s triumph in the Champions LeagueIn addition, Papu Gómez and Marcos Acuña provided two assists in the 3-0 win over Copenhagen by Jorge Sampaoli’s team

the brand new coach Quique Setien (took the place of Unai Emery) replaced him with Manu Trigueros. It is worth remembering that Lo Celso is a key piece and a starter in the structure of Lionel Scaloni in the Albiceleste, with which he became champion of the Copa América at the Maracaná stadium in mid-2021, after beating local Brazil in the definition.

* The player sat on the grass waiting for the modification

Juan Musso saved again with a special mask after his injury: the spectacular save that helped Atalanta winThe former Racing goalkeeper had a providential save in the triumph of his team, Atalanta, against Empoli as a visitor

Not only Argentina feels the absence of former PSG and Tottenham: Villarreal, who rounded off an interesting game in his presence, dropped their level significantly when he was replaced. Setién approached him to comfort him and talk to him while he went to the substitute bench.

remains to know if you requested the change as soon as you felt the pull or if there is muscle rupture. In that case, following the normal canons, the recovery could take around three weeks, so at least he would arrive very forced to the debut in Qatar on November 22 against Saudi Arabia or he would directly miss it; as long as he doesn’t put his spot on the 26-man World Cup roster at risk.

Lo Celso makes up the team’s usual midfield, along with Leandro Paredes and Rodrigo de Paul; and behind the trident Di María-Messi and Lautaro Martínez. He is vital both in pressure and on the playing circuit, becoming one of the captain’s main partners. After not getting filming at Tottenham, he moved to Villarreal, where he became the axis and figure.

Was it a false alarm? Or does it represent a serious problem for Argentina?

The love story of Leandro Paredes and Camila Galante: the teenage crush that marked them forever
Juan Musso saved again with a special mask after his injury: the spectacular save that helped Atalanta win
The Bats beat Brazil in the final and won the Copa América

The alarm sounds again for the Argentine team: Lo Celso was injured and was replaced after 24 minutes of the Villarreal match