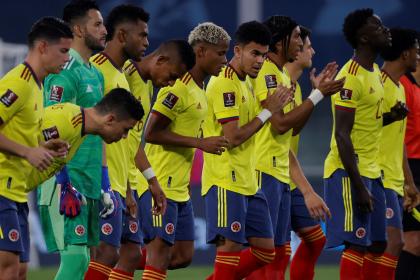 Achieving what seems impossible: that is the objective of the Colombian National Team in the last two days of the Qualifiers South American, which will be played on March 24 and 29and in which the Tricolor will face Bolivia (Barranquilla) and Venezuela (San Cristobal).

The National Team arrives seventh in the standings with 17 points and -3 in goal difference; and only a feat and a combination of results could bring her closer to the next World Cup. However, he has seven games without scoring a goal and the chances seem slim to dream of a place in the World Cup or at least in the playoffs.

The only clear thing is that Colombia must win their two games and, hopefully, by a good number of goals in favorto remove that negative in the difference, since it will be an item in case of a tie.

Based on the six points that Colombia must achieve, which are mandatory to think of the miracle, accounts must be made and combinations of other results to try to make a positive prognosis.

Even the accounts give for dream of a direct classification to Qatar 2022although many things should really happen: on date 17, what should happen is that Uruguay and Peru draw, and what Chile lose to Brazil in the Maracana.

If these two results are given, added to the Colombian victory in Barranquilla, Colombia would finish sixth with the last day remaining. In addition, it would take Bolivia and Paraguay out of the competition, leaving Chile in check.

And to consummate the miracle, then you have to beat José Pékerman’s Venezuela. What else must happen? Chile would have to defeat Uruguay at home and Peru not beat Paraguay in Lima.

Why is it important to return to the goal and score as many as possible? Because in case of the aforementioned results, there would be a triple tie in 23 points, with Uruguayans and Peruvians. The goal difference would be crucial

And to go to the playoff?

It is important that between Uruguay and Peru, one of them makes a maximum of three points in the last two games. If there is a winner in that duel on date 17, it is vital that the loser does not win on the last day. If Charrúas and Incas win their home game, Colombia will be eliminated even if they get the six points. In addition to the fact that it is necessary for Brazil to defeat Chile.

on the last date

– If Peru lost or drew against Uruguay, it only serves to draw or lose against Paraguay.