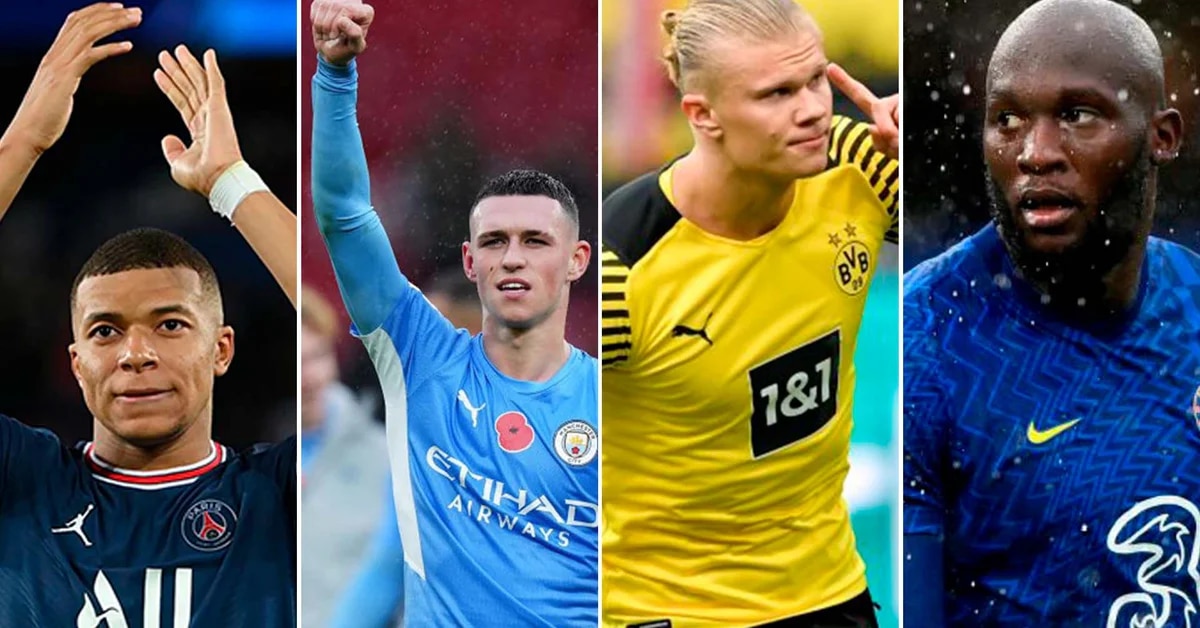 Kylian Mbappé, Phil Foden, Herling Haaland and Romelu Lukaku, some of those featured in the TOP 10

Like every year, the company KPMG Football Benchmark published his lists with the most valuable footballers, clubs and leagues in the world. After the prices of the main stars fell in 2020 as a result of the economic crisis generated by the coronavirus pandemic, in the study that was published this month it is found that in 2021 the values ​​have risen, but have not yet reached the pre records. -pandemics.

To determine the value of the soccer players, an algorithm is used that includes not only data regarding their performance, but also position, contract and age. That is why players like Lionel messi, Robert Lewandowski or Cristiano Ronaldo, who have already crossed the 30-year line, are not on these listings.

The big surprise of 2021 has been Erling haaland, which climbed to the top position with a value of 142 million euros (USD 160.6 million). The Norwegian striker is sought after by the great clubs of the world and at the age of 21 he has achieved records that surpass those achieved by other stars at that age. The youngster from Borussia Dortmund left a step below Kylian Mbappé, whose value plummeted by just over 71 million euros (USD 80.3 million) compared to 2020. This is explained since the French striker will be a free agent in July 2022, so no one would pay so much money now to to be able to acquire it for free in six months.

The footballer who closes the podium is the midfielder Phil Foden, whose value grew by 100 million euros (USD 113.1 million) in just one year. The 21-year-old has established himself this season at Manchester City and has become a mainstay in the scheme of Pep Guardiola. Its growth in the market is understood there. The big surprise in the Top 10 is that there are no South Americans and nine are Europeans, the only one who breaks the rule is the Egyptian Mohamed salah.

The most valuable leagues (values ​​are in millions of euros)

When it comes to leagues, the Premier league is the absolute dominator with a value of 21.2 billion euros (USD 23.7 billion), 15% more than in 2020. Behind it were the Bundesliga, The Spanish League, the A series and the League 1, the latter with an astonishing 8% growth, mainly linked to the signing of Lionel messi. One of those that declined the most is Argentine Professional League, which lost 13% of its value and remained in position 13, behind the Turkish Super League, the Brasileirao and the Belgian Pro League.

The Top 10 of the most valuable footballers

The intern in the Manchester United dressing room exploded with Cristiano Ronaldo at the center of criticism
After hiring Messi, PSG goes for another Barcelona star who could be released
Ronaldinho’s phrase about the arrival of Lionel Messi to PSG that did not go down well at Barcelona

The 10 most valuable footballers of 2021: why Lionel Messi does not appear and who leads the ranking