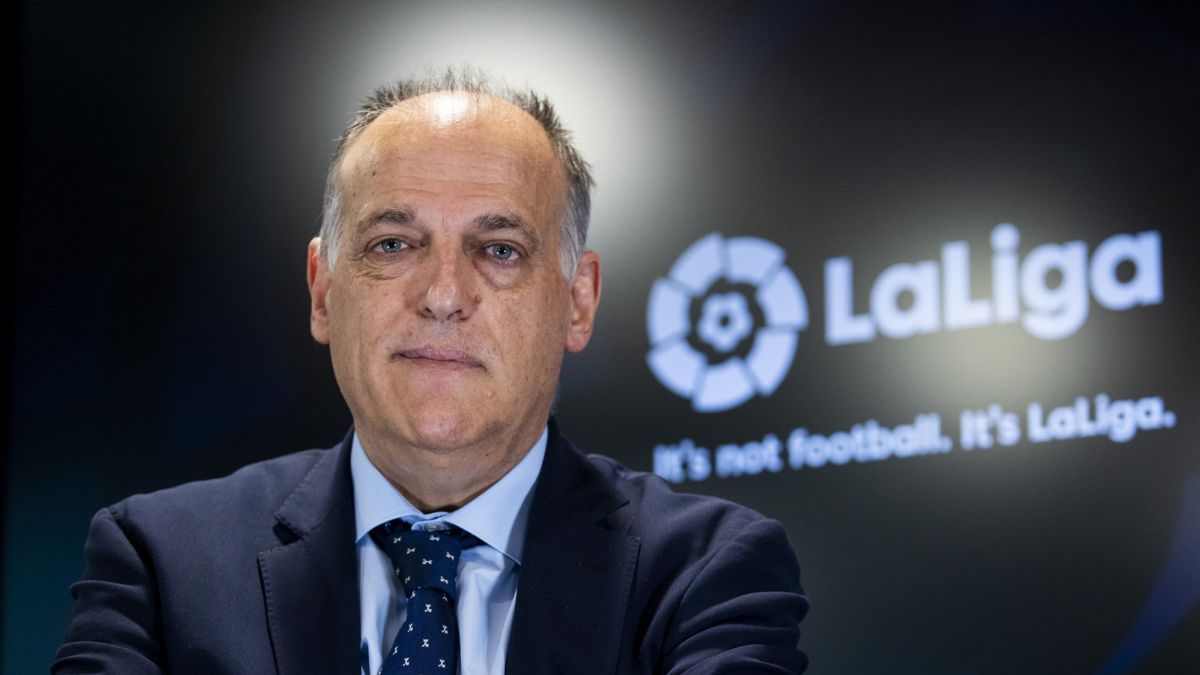 It is not the first time that Javier Tebas has charged hard against PSG. “The club-states are as dangerous to the football ecosystem as the Super League. We were critical of the Super League because it destroys European football and we are just as critical of PSG“, exposed on Twitter shortly after the transfer market closed. Well, on the occasion of Sportel de Monaco, “the meeting place between sport and the media”, the president of LaLiga has attended L’Équipe, conding them an interview in which he is once again opposed to the Parisian team: “I criticize PSG because it does not generate the money to have the template it has.”

Is LaLiga harder to sell without Messi, Neymar and Cristiano?: “All these players have left, but we have had a 13-14% increase in our international rights for the next four seasons. That is the reality, with or without Messi. It is good to have them, but our strategy does not depend on them We knew they would leave, either because of their age or for some other reason. The value of the rights to a contest does not depend on the names in it. The United States just bought us our rights for eight years. Who knows who will be the La Liga players in five years? And there are always great players. For me, Benzema is the best number 9 in Europe. There really is nothing to be pessimistic. “

“For me, Benzema is the best number 9 in Europe”

Criticism of PSG: “I criticize PSG because it does not generate the money to have the squad it has. This causes a distortion of competition in the European football economy. It does not correspond to actual sponsorship. How can PSG explain to us that it has a squad of almost 600 million euros? If you win Ligue 1, you won’t win more than 45 million euros … It’s impossible. I invited the president of PSG (Nasser al-Khelaïfi) and the president of the French league (Vincent Labrune) to show them the numbers that we have and where are the irregularities. They did not respond to me. They are quick to criticize me, not to respond to me. “

The PSG accounts, in doubt: “I can show, with figures to back it up, the deception in the face of financial fair play. Before Messi, PSG had 40% more sponsorship income than Manchester United … There is market value … Yes Messi and Neymar remain at PSG, I don’t care. It’s that all of this hurts European football a lot. I’m not the only one who says it. PSG got rid of a sanction for a procedural ruling, not for the substance. “

“How can PSG explain to us that they have a squad of almost 600 million euros? If they win Ligue 1, they won’t win more than 45 million euros … It’s impossible”

Jealous that Qatar does not invest in Spain?: “The same I say of Almería, which belongs to Saudi Arabia. Club-states that invest without limits destabilize football.”

Do not indebted clubs like Barça harm football?: “All those who arrive (the new Barça leaders) reject the m … of those who preceded them. We have their figures, Barça was not almost dead, otherwise they would not have been able to borrow more than 500 million euros At Barça I am more concerned about the institutional crisis that I see than the economic situation. “

“Barça was not nearly dead, otherwise it would not have been able to borrow more than 500 million”

Super league: “LaLiga has supported UEFA 100%. We are fiercely opposed to this project. I have not heard other league presidents speak as loudly as I do on this issue. This Super League will not see the light of day. But I cannot sanction the Madrid and Barça because I don’t have the competition “.

Negative from PSG: “I personally thanked Nasser al-Khelaïfi for the firm position he took. And I can thank him publicly. But it is not an amnesty that should allow him to do whatever he wants with financial fair play.”