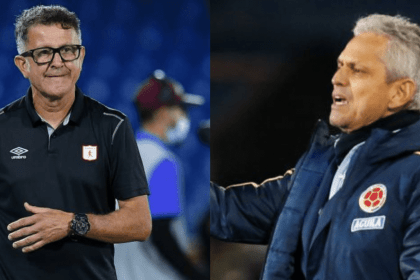 Brazilian soccer is getting ready for a new season of the Brasileirão and, as always, the teams are getting ready to form great squads, led by renowned technical directors. In April the national tournament is played, so around this time they prepare by competing in the state tournaments.

Thus, one of the teams looking for a coach is Botafogo, from Rio de Janeiro. The main candidate of thefogao‘ is Portuguese Luis Castro, who is currently at Al-Duhail in Qatar, and was recognized for his work at Shakhtar Donetsk in Ukraine.

However, from Brazil there is information about the resumes of other coaches who have arrived at the Botafogo offices. There he is surprised to see the names of Juan Carlos Osorio and Reinaldo Rueda.

Currently, Rueda directs the Colombian National Team and must direct the matches against Bolivia and Venezuela at the end of the Qualifiers for the Qatar 2022 World Cup, which will be played in March; although if he doesn’t qualify for the World Cup, he will be out of a job and could be preparing his future.

For his part, Osorio works in América de Cali and does not enjoy a good campaign. Although it is not uncommon for the coach to offer himself to other parties while he has a job, or his colleagues are in the position, it is not surprising that he sends a resume while on the scarlet team.

In the negotiations with Luís Castro, or Botafogo, they had, at their table, a list of trainers that were offered that included Juan Carlos Osório, Eduardo Berizzo, Gabriel Heinze, Hernán Crespo, Reinaldo Rueda and Sebástian Beccacece.

Surprise: Osorio and Reinaldo Rueda are offered to this Brazilian club