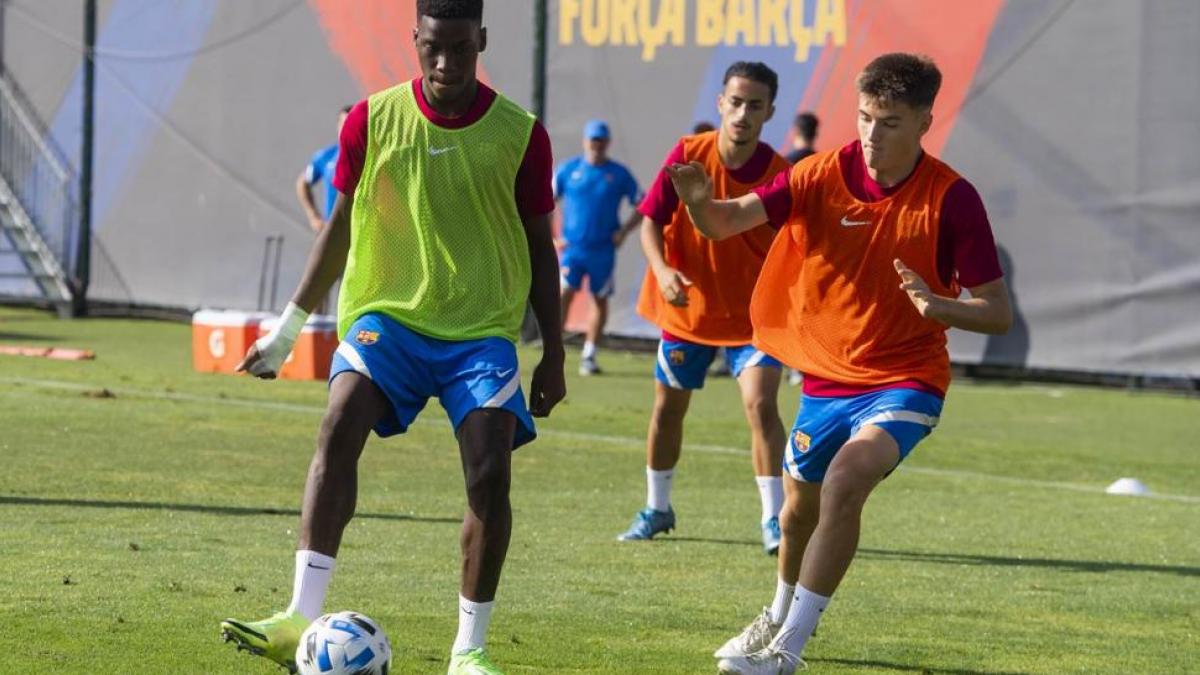 “It won’t be easy at all.” Sources of the negotiation of the renewal of Ilaix Moriba. After the latest advances in recent days, in the meeting this Wednesday morning it has run aground again. So much so that the footballer’s agents have asked to speak again later. Likewise, after the optimism that seemed to put the agreement on track, the youth squad’s continuity cooled down again.

On the part of the club, they are calm and hope that it will end up closing, but also surprised by the longevity of the negotiations even more so after the last days. With the three-season renewal formula, the entente seemed easier, which is being postponed again. We will now see how everything can evolve because the executives of the Barcelona They have accompanied the team to the German ‘stage’. Yes, you can continue to negotiate telematically, but it is always better to do it face to face.

It should be remembered that if the agreement was on track this week, the Barça I was open to what Moriba Kouruma will travel to Germany. It didn’t have to be today with the rest of the teammates, it could also have been in the next few days. Something that doesn’t seem as possible now as 24-48 hours ago.

Meanwhile, Ilaix Moriba, who was waiting for the deal to be practically sealed to be able to travel to Stuttgart with the first team and start the preseason with Koeman, has stayed in Barcelona where today he trained with Barça B. Tomorrow the midfielder is not scheduled to play in the friendly against Gramenet and the subsidiary will not exercise again until Sunday, already in the Vall d’en Bas.

It remains to be seen if the youth squad follows the orders of Sergi Barjuan or the negotiation takes a major turnaround and everything ends in a happy ending. The current situation does not help the footballer. Neither sportingly, there are several young midfielders convincing Koeman this preseason, or extra-sports: the environment, tired of the situation, begins to be very critical of the young player.