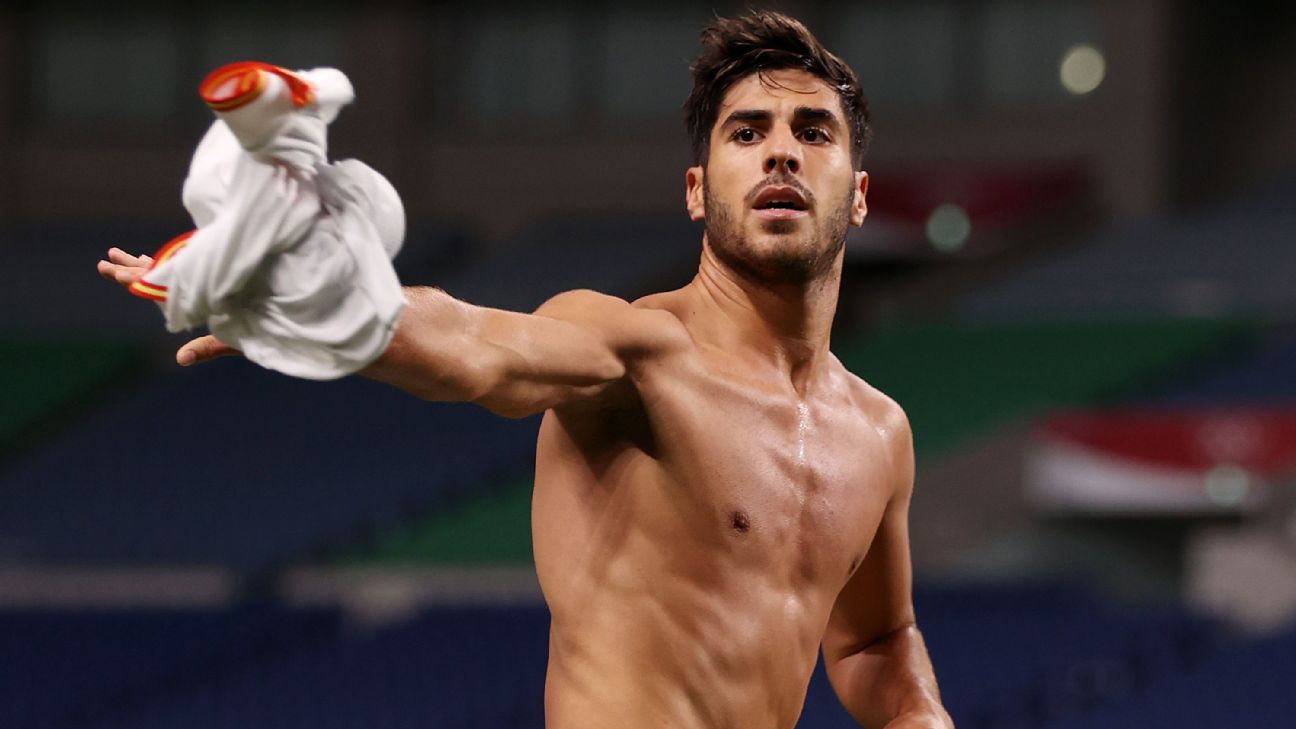 BARCELONA – Spain will play on Saturday the Olympic soccer final against Brazil, which beat Mexico in the penalty shootout in the other semifinal, after beating Japan thanks to a goal from Marco Asensio in the 115th minute, when they were more physically fused. There were the Hispanic players and the Japanese team was tighter.

After 21 years, when he lost the final to Cameroon, he will once again seek the second gold medal in football, a discipline in which fortune did not usually accompany excellent generations of footballers who fell far short of their aspirations.

Champion in 1992, in Barcelona and with legendary players such as Guardiola, Kiko, Luis Enrique, Abelardo, Cañizares or Ferrer, from there the Spain that had a Silver medal in 1920 returned to Olympic anonymity only broken by the 2000 final .

Argentina crushed it 4-0 in the Atlanta quarterfinals in 1996 and in 2012 did not make it past the group stage, finishing last behind Japan, Honduras and Morocco. Worse were the other three editions: it was eliminated before the Olympic event in 2004, 2008 and 2016. And always, as in this edition of Tokyo, it maintained a priori squad capable of fighting for the medals.

Raúl, Karanka, Morientes or Mendieta were headliners in 1996; Víctor Valdés, Villa or Arteta in 2004; Raúl ALbiol, Cazorla and David Silva in 2008; De Gea, Jordi Alba, Koke, Isco or Azpilicueta in 2012 and Morata, Sergi Roberto, Saúl or Sarabia in 2016. None of them had the fortune to be seen at an Olympic event that awarded silver to the Sydney generation, in the year 2000, with Xavi at the head of a team that also featured Puyol, Albelda, Tamudo or Marchena.

In Tokyo, Spain led by Luis de la Fuente broke the ‘curse’ by subscribing to suffering from day one. He will play the final on Saturday to win the second gold medal in its history against Brazil, which in the last three Olympic events has risen on the podium: bronze in 2008, silver in 2012 and gold in 2016 … And what with Dani Alves At the top will seek to succeed Argentina as the first team to link two consecutive gold medals.

Spain surpassed the initial phase as the first in the group, debuting with a discreet 0-0 against Egypt, beating Australia by the minimum (1-0) and drawing (1-1) against Argentina. He suffered even more in the quarterfinals against Ivory Coast despite the final 5-2: In the 91st minute Gradel scored the 1-2 for the Africans who seemed to sentence their elimination … But Rafa Mir entered the field and consumed a miracle never seen.

In his first intervention, in the last breath, he achieved the 2-2 that gave way to extra time and in it Spain overwhelmed with more fortune than game, with a goal from Oyarzabal and another two from Mir that gave him the pass to the semifinal .

Another extension, a circumstance to which Spain has subscribed in 2021 as it already happened in the Eurocup, had to play against Japan. And if in the semifinal of the Euro came a cross on penalties, at the Games fortune smiled on him with the goal, a great goal, from Marco Asensio that gave him the pass to the final.

Spain will seek its second soccer gold on Saturday. A success to commemorate an eternal year for players like Pedri (72 official matches) in what is suspected another battle against fatigue.