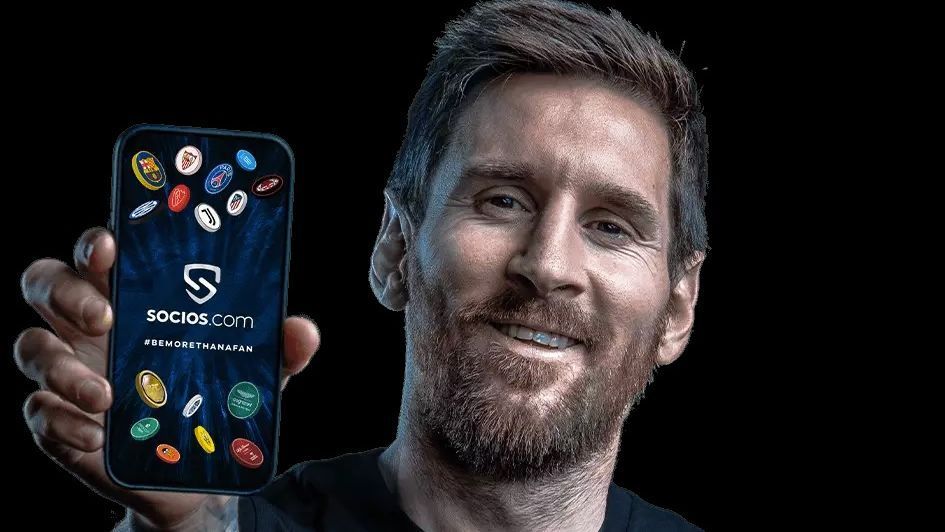 Messi becomes the latest global sports personality to enter the crypto world after NFL quarterback, Tom Bradyand the NBA star, Lebron Jamesand the deal is part of a growing wave of ties between cryptocurrency firms and soccer.

Socios said in a press release that Paris-Saint Germain and Argentine striker Messi, whose transfer from Barcelona in August included a cryptocurrency payment, will participate in an advertising and promotion campaign for Socios in preparation for the Qatar World Cup. , which begins in November.

Messi’s ‘ambassador’ deal does not include crypto payments and is a three-year deal, the source said.

Socios has signed deals, including token creation, for more than 130 sports organizations, including several major soccer clubs such as PSG, Barcelona, ​​Juventus, and Manchester City.

Fan tokens are a type of cryptocurrency that allows holders to vote on mostly minor decisions related to their clubs.

“Fans deserve to be recognized for their support. They deserve opportunities to influence the teams they love,” Messi said in the statement.

“Socios.com exists to enhance the fan experience, to allow fans to ‘be more.’ I am proud to join Socios.com’s mission to create a more connected and rewarding future for fans around the world.”

Clubs are increasingly seeing the tokens as a source of new revenue, but have been criticized by some fan groups who see their introduction as perfunctory involvement that adds to the already rising costs of following their teams.

In January, James announced a multi-year partnership with Crypto.com, a company that recently signed a sponsorship deal with world soccer’s governing body, FIFA.

UEFA also reached an agreement with Socios.com to develop actions with the virtual currencies of the clubs that participate in its competitions, as well as championships in other sports such as the Davis Cup of tennis, the UFC of mixed martial arts, Formula One or eSports.

The owners of these cryptoactives have the possibility of participating in surveys to choose elements such as the design of the kits or the dorsal of the new signings -the company calculates that it will launch 500 throughout the year-, or participate in raffles for rewards (tickets, experiences) such as the 17,000 that they hope to distribute this year among all the clubs in which they work.