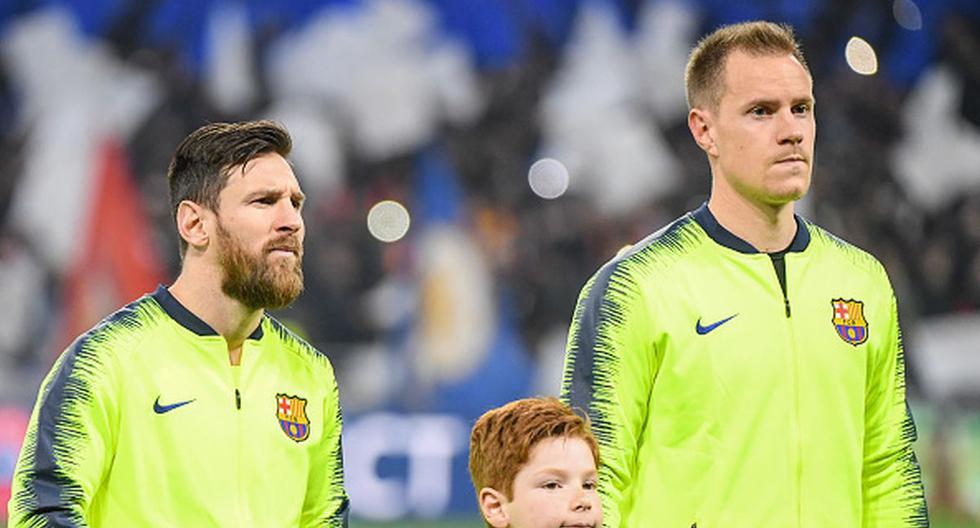 The heavyweights of the FC Barcelona they started saying goodbye to Lionel messi after knowing that will leave the Barcelona discipline after more than two decades. Sergio Busquets, Gerard Piqué and Antoine Griezmann were the first. They have been joined by Marc-André Ter Stegen, who in social networks thanked having played alongside the Argentine star, but also acknowledged the discrepancies that existed between them in the seven years they shared a dressing room.

“Leo, it has been a pleasure to have played with you during all these years and to experience many important joys regarding moments and titles”, began by saying a Ter Stegen who had no qualms in admitting that “Although from time to time we do not share the same opinion, we always went in the same direction and each of us grew as a person beyond winning or losing. Thanks!”

The German goalkeeper, one of the few survivors of the team that won the last Champions League in Berlin, did not hesitate to describe Messi as a “true legend” who marked a before and after in football.

“You made history with the club of your life and you will come out as a true football legend, an achievement that a footballer will never be able to approach. You changed football ”, reads the publication of Ter Stegen in social networks.

It should be remembered that Messi had tried to leave Barcelona in August 2020, making a formal request to leave after a break in his relationship with then-president Josep Maria Bartomeu, but his successor, Joan Laporta, who had a close relationship with the Argentine, did. convinced to stay. The rest is history.