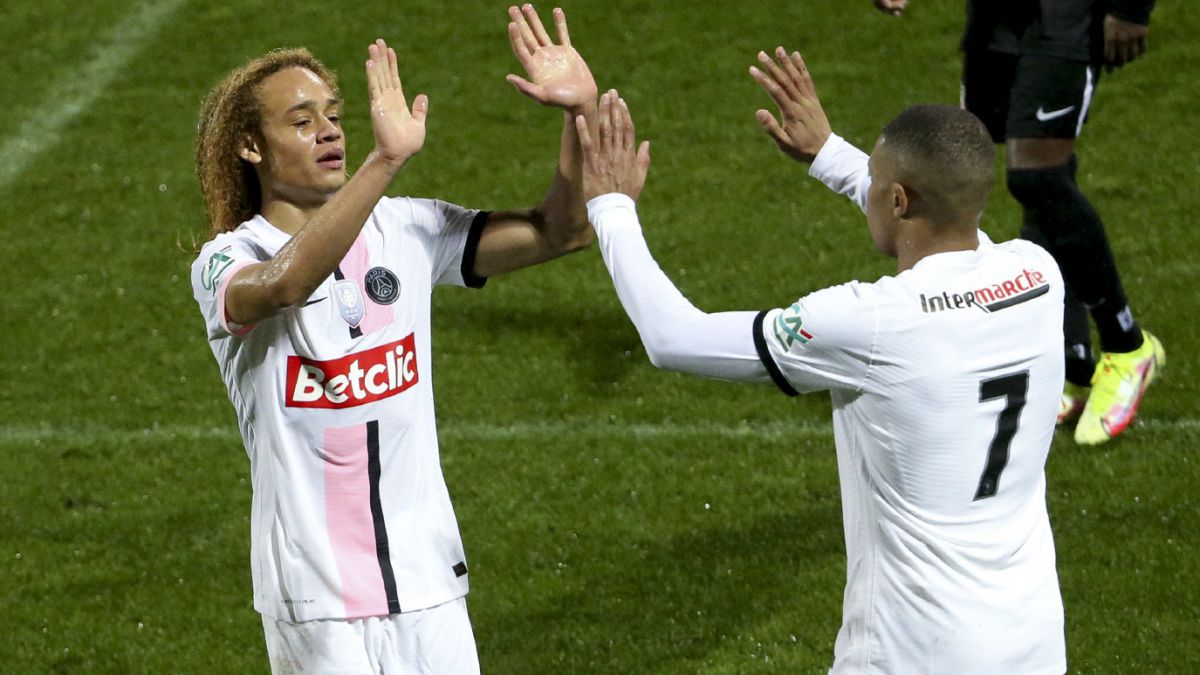 In times of money, Super League and petrodollars, it is strange for a team to bet heavily on the quarry. PSG has one of the best training centers in Europe, but Al Khelaïfi’s multi-million dollar investment It has caused an uncontrollable exodus in recent years within the Parisian team.

Pochettino, who if something has characterized him as a coach has been the confidence he has given to young people throughout his career, decided to bring Xavi Simons and Michut in in an act of courage when PSG lost 1-0 to him. Lyon. Although Simons has not yet renewed with PSG and the most likely scenario is that he will go free in June, Pochettino has tried to give him reasons during the last month to think, at least, to continue in Paris.

The Argentine coach yesterday gave him entry into a very difficult game against Lyon and the Dutchman responded more than anything. He did not stop asking for the ball, attacked the back of rival midfielders and won almost all the duels he played (3 of 4). He will only renew if PSG guarantees him playing time in the first team, minutes that he has had in the last three official games of Pochettino’s.

Edouard Michut, for his part, is one of the greatest talents in the current Ligue 1 leader’s quarry, he shone against Lyon and was on the verge of breaking a precocious record held by Mbappé. It took only eight minutes to be decisive. The young midfielder assisted Kehrer in the equalizer of the Parisians, drawing a great break behind the backs of the centrals and appearing by surprise in the rival area.

With the decisive pass to the German full-back, Michut became, at 18 years and 311 days, the second-earliest player to assist with PSG behind Kylian Mbappé, who achieved it at 18 years and 298 days. The PSG youth squad had a very promising end to the game, constantly partnering with Verratti and being undetectable for Lyon. Recently renewed until 2024, the midfielder continues to question his future in Paris given the lack of opportunities in the French capital.

In fact, the Santa Fe recognized at a press conference that it was a mistake not to start with Simons and Michut in the starting eleven: “You’re right, it was a mistake to start with other players. Once they were on the field, we had more mobility and aggressiveness with the ball,” Pochettino stressed. On Saturday, against Brest, both could continue to have minutes in a less demanding game for PSG.