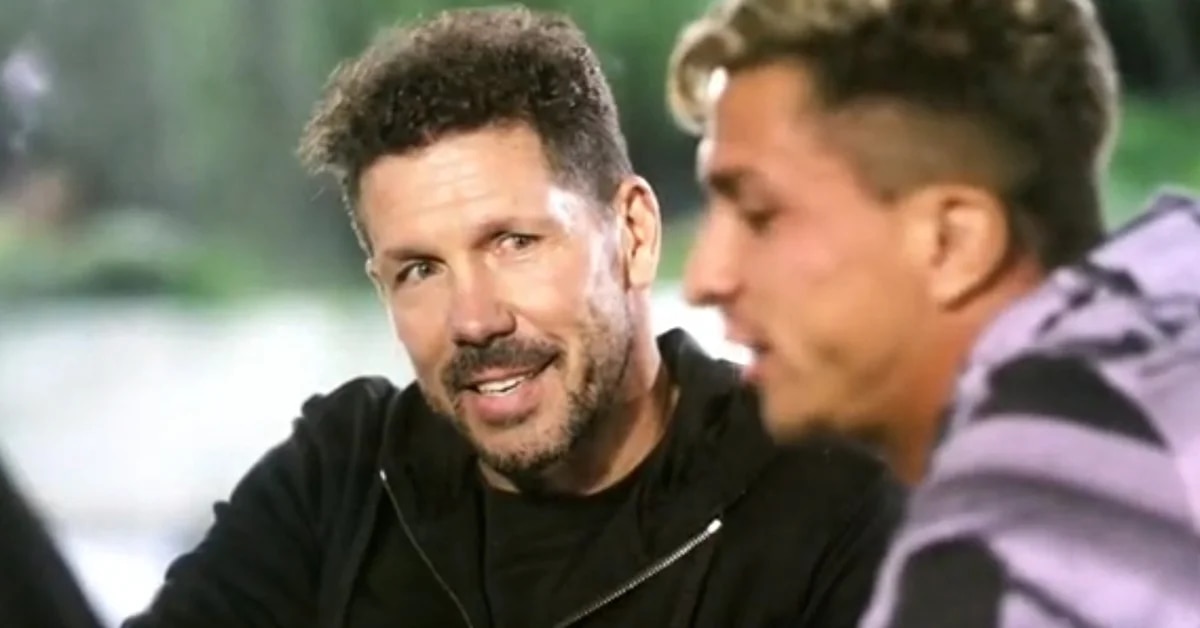 No one would have been able to predict that the Diego Simeon It would completely change the history of the Atletico Madrid when he decided to head to Spain at the end of 2011. More than a decade later, his decision was very wise, but at that time it was not easy for him. Mainly, the Argentine DT had to deal with the sadness of his children to see him go to Europe.

In the documentary titled ‘Simeone: live game by game’, which has recently been released on the platform Amazon Prime Video, there is a scene that appears the cholos with his older children John (26 years old), Gianluca (23) Y Julian (19). Everyone remembers what that moment of goodbye was like in a moving talk.

“I am going to Atlético Madrid, I wanted one thing professionally, I knew I was moving away from them and it was hard. They were going to say ‘he left, he left me alone’”, He said cholos, who then listens carefully to their children comment on what their feelings were.

“You understand it when you get older. But I was 13 or 14 years old there. He caught us one day at night and told us ‘I’m leaving’. It was very hard, I remember. I started to cry, I was very bad… Do you remember that I told you ‘I don’t want you to go’? I felt that my father was leaving, it hurt me a lot, “he said. Gianluca.

Cholo Simeone with his sons Giovanni, Gianluca and Giuliano.

However, the phrase that most reminds the cholos of that moment was one that told him Giuliano, who in a talk was happy because his father was going to face his idols but also realized that he was going to be far away: “The youngest comes to tell me about the possibility of going to Atlético Madrid. He told me: ‘Oops, you’re going to play against Messi… you’re going to play against Cristiano Ronaldo… it’s spectacular’. Then he fell silent and told me ‘but pa, if it goes well for you I won’t see you anymore’. When an 8-year-old kid tells you that, which he had at the time, it’s very hard.”

A few years after the cholos Simeone emigrated to Spain, he had to emigrate to John to Italian football. “Also when he left, we both suffered a lot,” he stressed. Giuliano. What Gio He answered: “Time passed and he wasn’t there. You realize that someone is missing. I don’t know if I had to fulfill the role of dad, or yes, but I tried to take care of them.

On the closing of this emotional scene, Gianluca He broke down in tears remembering when he and his brothers watched the first matches of the Atletico Madrid from a distance. Fortunately, his father was very successful at the mattress club, where he is still the DT after winning eight titles, including two Leagues (2014 and 2021), a Copa del Rey (2013) and two Europa League (2012 and 2018).

Cholo Simeone, intimate: how his most famous phrase was born, the technicians who marked him and his pending account
Diego Simeone revealed the private dialogue he had with Luis Suárez due to the rumors of conflict at Atlético Madrid
De Paul’s “star” role and Griezmann’s lack of “meritocracy”: the crisis that broke the Atlético de Madrid locker room

Simeone’s moving tearful talk with his children in the Cholo documentary: the phrase that moved everyone