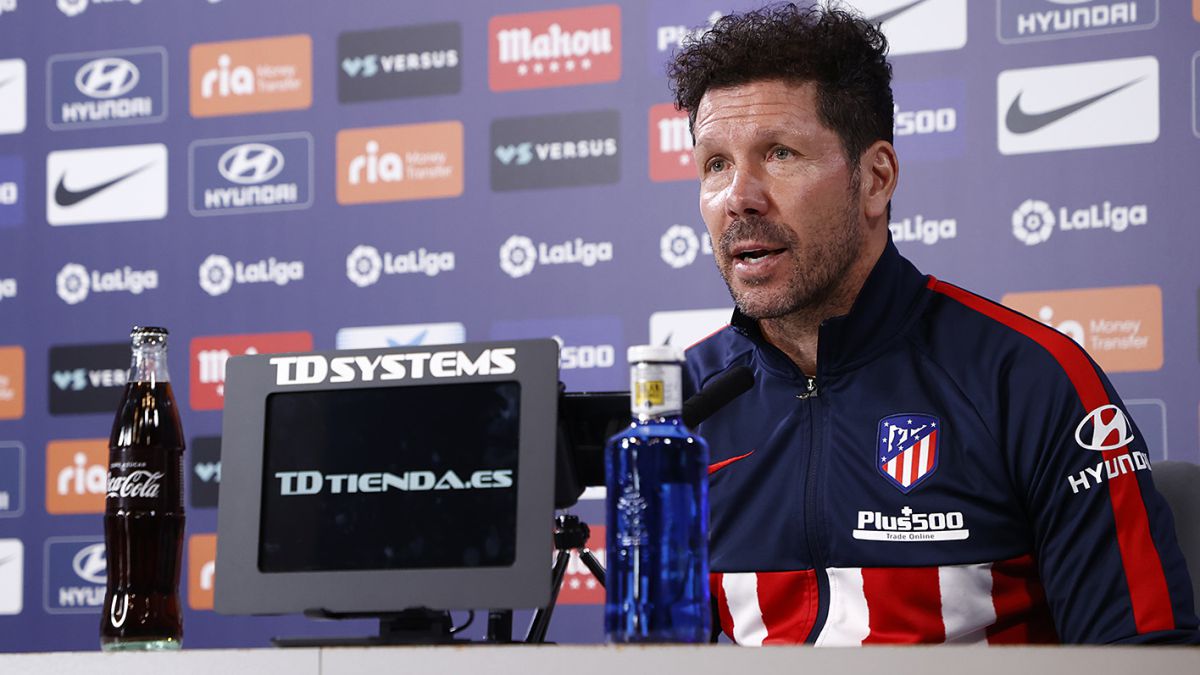 Diego Pablo Simeone addressed the press before Atlético’s league debut in Balaídos against Celta (Sunday, 5:30 pm), where he will begin to defend the champion title with the great objective of repeating his feat.

How do you see Saúl?

I see Saúl in the same way as in the last eight years. His greatest virtue is how multifunctional he can be for the team and the variations he gives us in his game and I continue to think the same as always.

Atlético is the favorite for the title.

It is important that the debates appear, it is the best way to be able to change opinions. We will not change our path, which is game by game, to understand what the League is like and there is no way to compete better than how we have been doing it in the last nine and a half years.

He lacks a striker.

From what is seen in the market in general, except in England, it is very complex for everyone. Each one will do as a club what is best for the club and for the team. We have spoken with Andrea Berta and Miguel Ángel Gil, we know what situations the team are looking for and we will try to ensure that these situations benefit first the club and then the team.

Do you have Marcos Paulo?

We saw very little of it. The first days he trained very well, he did well against Numancia and then he got injured. We are waiting for the club to inform us well of its situation to take it into account or not for the season.

What is the goal of the season?

Be competitive. The best thing that can happen to us as a club is not to change our destiny, which is to be competitive in everything we can play. Improve in the Copa del Rey, if you can also in the Champions League, that struggle of being in the Champions League next season, playing with illusions to be able to reach the end of the season with the option of winning.

Do you see Giuliano already with a level for the first team?

He is working very well, we have seen him quite mature for his 18 years. He has things to improve and we will see his evolution if he continues with us or goes down to B as would be the normal thing to do.

How much does the League lose without Messi? Did you appreciate your arrival?

It is seen that the situation of Barcelona generated this exit that is very important for our League because of the hierarchy that Messi has in the competition and in Barcelona. It is clear that we were not talking to him to have the slightest chance of being able to count on him and then I understand that the English league has neither Messi nor Ronaldo and is one of the most important leagues in the world. It will depend on the growth of all the teams to be able to make a competitive League without having either of them as England has done.

Are you happy with De Paul?

He came before the holidays to adapt to what the team wants. It is important in transition, vision of the game, he has a good set ball, goal … but I do not discover anything who saw Udinese or Argentina in the Copa América. We will see if he can immediately adapt to what the team needs and will enter a midfield with great competition. He and Kondogbia, Herrera, Koke, Lemar, Llorente will surely compete for that position.

How do you see the game against Celta?

We are going to find a dangerous rival, one of those who played the best football last season since Coudet arrived, a good recovery after losing the ball, positional play on the inside and he has competed in a very successful way. We will have to take the party to where we think we can hurt them.