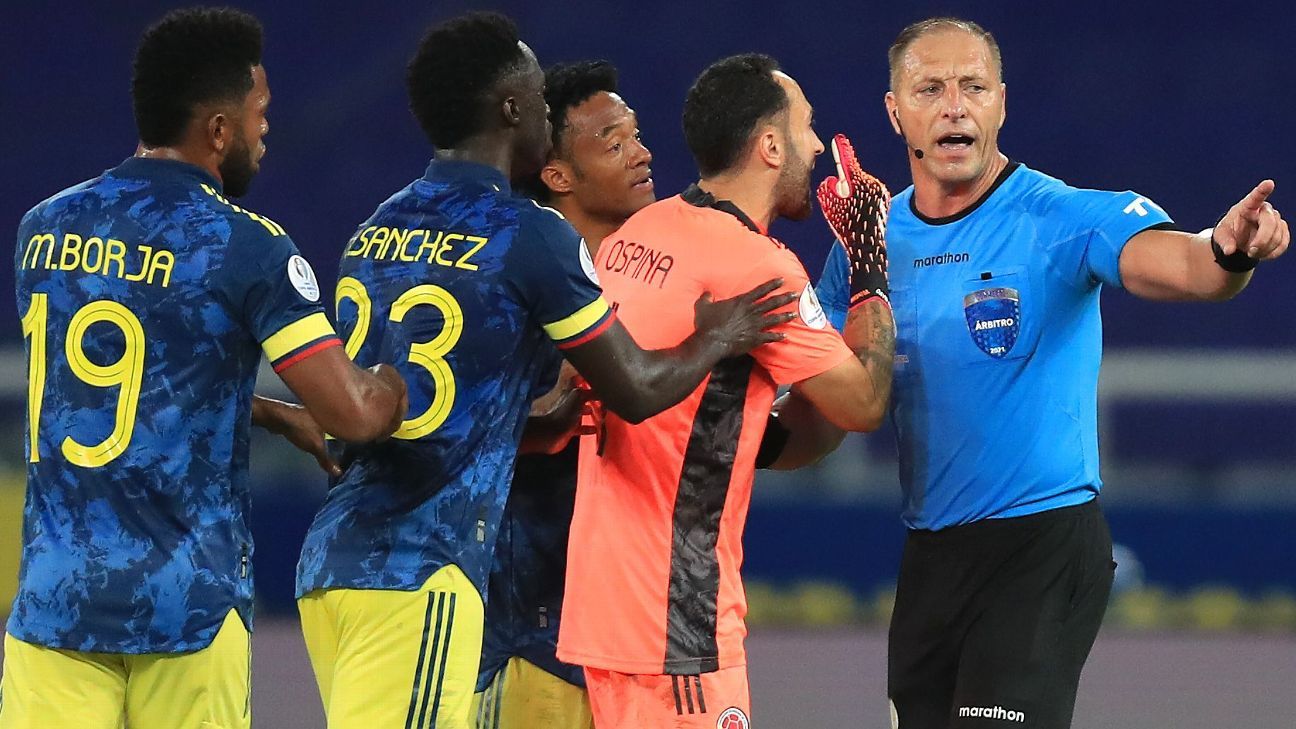 The Colombian National Team lost agonizingly against Brazil in his fourth game in the Copa América after a controversial goal validated by referee Nestor Pitana at the request of the VAR.

There were 32 minutes into the second half when Neymar gave a pass that bounced off the judge and then fell at the feet of Lucas Paquetá, who activated the play that ended with Roberto Firmino’s goal.

The rule, which was modified in 2019, reads: “the ball is not in play when– has completely crossed the finish line or touch line, either on the ground or in the air; play has been stopped by the referee; the ball touches a member of the refereeing teaml, remain on the field of play and, in addition: a team starts a promising attack either the ball goes directly into the goal or the team in possession of the ball changes. In all the above cases, play shall be resumed with a dropped ball.

In this case, the possession remained Brazil, so Pitana’s decision was correct. However, after the revision of the VAR it was clear that the rebound changed the direction of play and started a promising attack. So much so that it ended in a goal.

The referee analyst was direct and was upset after the goal that boosted Brazil’s comeback against Colombia in the Copa América.

On ESPN F90, former referee Rafael Sanabria explained: “the judge is wrong, contact with the referee interferes with the players’ conduct, Barrios raises his arms and stays next to the referee and stops, Cuéllar, who was behind, could intercept the ball but does not, You cannot give the advantage and on top of that the VAR reviews it and does not correct it, very badly the referees there. “

In addition, the attitude of the Colombian players was waiting for a game stoppage, something that the Argentine referee was about to do.

In short, after checking with the VAR, Pitana should have annulled the goal and resumed with a land bounce.