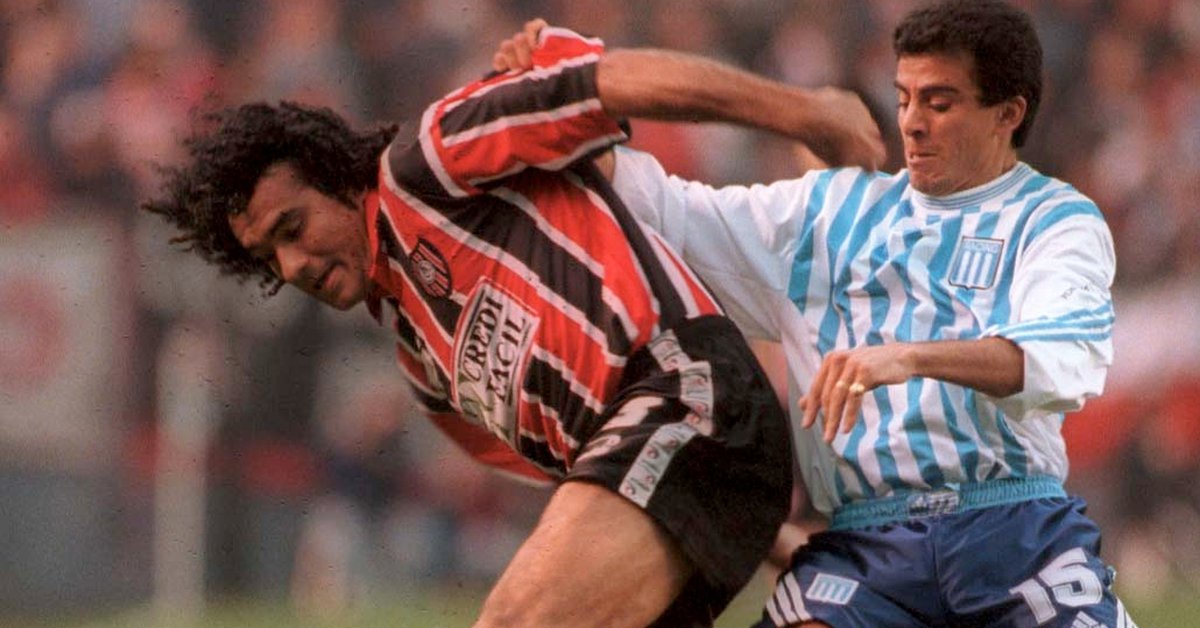 The tragedy knocked on the door of the Lima Fonseca family in the last hours. Robert, remembered defender of Peñarol that had a step through Chacarita In Argentine soccer, he died last night of a heart attack while playing a game with friends in the Carrasco neighborhood of Montevideo. Today they reported that the mother of their children, who had been hospitalized for some time for kidney and liver problems, also died.

Robert Lima suffered a cardiorespiratory arrest in the middle of a dive with friends. One of those present tried to revive him for several minutes but without success, according to Uruguayan media. In the morning hours today, the news of the death of his former partner, with whom he shared two children, was known. Today the former footballer would have turned 49 years old.

The former charcoal defender made his professional debut in 1993 and won five Uruguayan championships before experimenting abroad for the first time. He also formed a central duo in the Sub 20 of the Light blue with Paolo Montero. It was in the 1999-2000 season when Funebrero hired him and had him on his team in that campaign. Later, the brave Uruguayan would pass through Olimpia of Honduras, return to Peñarol and continue in Harbin Lange of China, Sporting Cristal, Shanghai Huicheng of China, Liverpool of Uruguay, Durazno and Cerro Largo, where he retired in 2008.

The Ball He trained as a technical director and developed a career as a coach in the Peñarol youth teams and later as a field assistant in Gustavo Matosas in Al Hilal of Saudi Arabia (2016), Cerro Porteño of Paraguay (2017) and Estudiantes de La Plata (in 2017). In addition, he had an experience as a coach of the Juticalpa of Honduras in 2019. Since last year he added knowledge with courses on sports performance analysis and video analysis.

Lima had not stopped physical activity despite hanging up the boots. In fact, last month on his Twitter account he celebrated the reopening of gyms in Uruguay: “It is an important source of work. And also physical activity is more than important for a person to lead a healthy life and avoid diseases. Many older people do physical activities as it lowers stress levels, increases energy in general terms, reduces risk factors for chronic diseases. To take care of yourself more than ever ”.

One of Robert Lima’s last tuis

On the eve of Uruguay’s Copa América match against Argentina, the Uruguayan Football Association announced a minute of silence for all matches corresponding to the sixth day of the Apertura Tournament in their country. It is awaiting confirmation of something similar in the meeting for the continental competition of selections. “Our condolences to his family, friends and Club Atlético Peñarol, a team of which he was a reference”wrote the AUF.

“The Club Atlético Peñarol deeply regrets the death of Robert ‘Bola’ Lima, Uruguayan champion and figure of the five-year period. Goodbye ‘Bola’ ”, were the words that Manya dedicated to him. Sporting Cristal also recalled it on social networks: “We regret the sensitive death of our former player Robert Lima. We send our condolences to family and friends ”. And even the National Party (center-right PN) in which he was a member in the 90s contributed a message for “the sensitive death of comrade Robert ‘Bola’ Lima.”

Tragedy and pain in motorcycling: Alex Harvill died while practicing to break a world jump record
This was the emotional tribute to Christian Eriksen in the duel between Denmark and Belgium of the European Championship
The strategy of the nurses who take care of Carlos Bilardo so that he does not see the tributes to Diego Maradona
Leonardo Ponzio spoke about his future after he was diagnosed with myocarditis after catching COVID-19