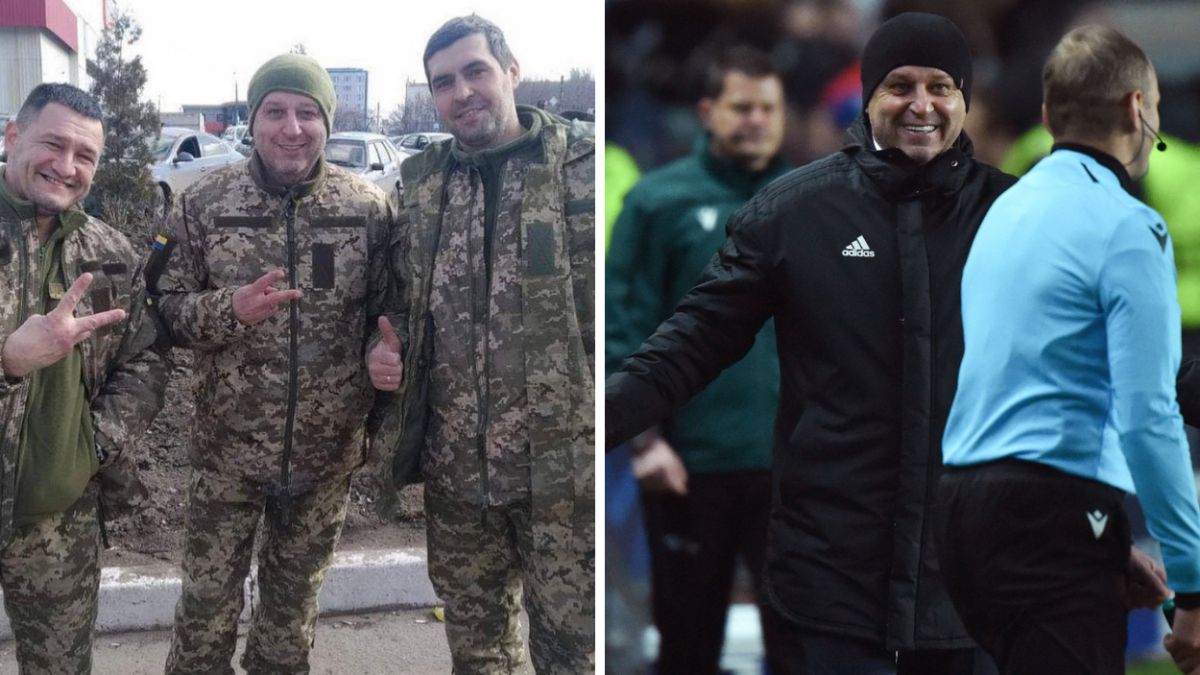 Yuriy Vernydub, Sheriff Tiraspol’s trainer, has joined the Ukrainian army in its fight to contain the Russian offensive below its borders. At 56 years old, he has been a prominent name in the current edition of the Champions League, achieving a historic victory for his team at the Bernabéu and bordering on qualifying for the round of 16. His victory in Spain was on September 28. Now, months later, he goes to the front with his country to try to end a war that has shocked the planet.

Of Ukrainian nationality, Vernydub was a professional footballer in what was then the Soviet league. After his retirement, he took over the bench at Zorya Lugans, Shakhtyor Soligorsk and now led Sheriff Tiraspol, against all odds, to the top continental competition. It’s more, continues to train Madrid’s rival in the Champions League group stage, although now he has had to stop his professional career due to the war.

The Tiraspol Sheriff has always been immersed in the nationalist conflicts of Eastern Europe. The club is the national team of Transnistriaa region that is not recognized as a state by any country. Participates in the Moldovan league, despite the fact that Transnistria is considered as independent. Viktor Gushan, an oligarch suspected of being an agent of the defunct KGBfounded the club and was practically the direct architect of the unilateral declaration of independence.

Tiraspol borders with Ukrainebut on its borders there is a strong contingent of Russian soldiers. Russia is an active part of the survival of Transnistria as an independent state, despite the fact that it officially remains part of Moldova. The region, according to EFE reports, is a territory in which illegal activities such as smuggling reign, due to being in a kind of legal limbo.

Despite the obvious tension between Moldova and Transnistria, The Sheriff is allowed to compete in the national league, where he rules with authority. It has won the championship 19 times since 2001, thanks to a considerably higher budget than the rest of its rivals. Now his coach, a Ukrainian, has joined the army in defense of his flag.