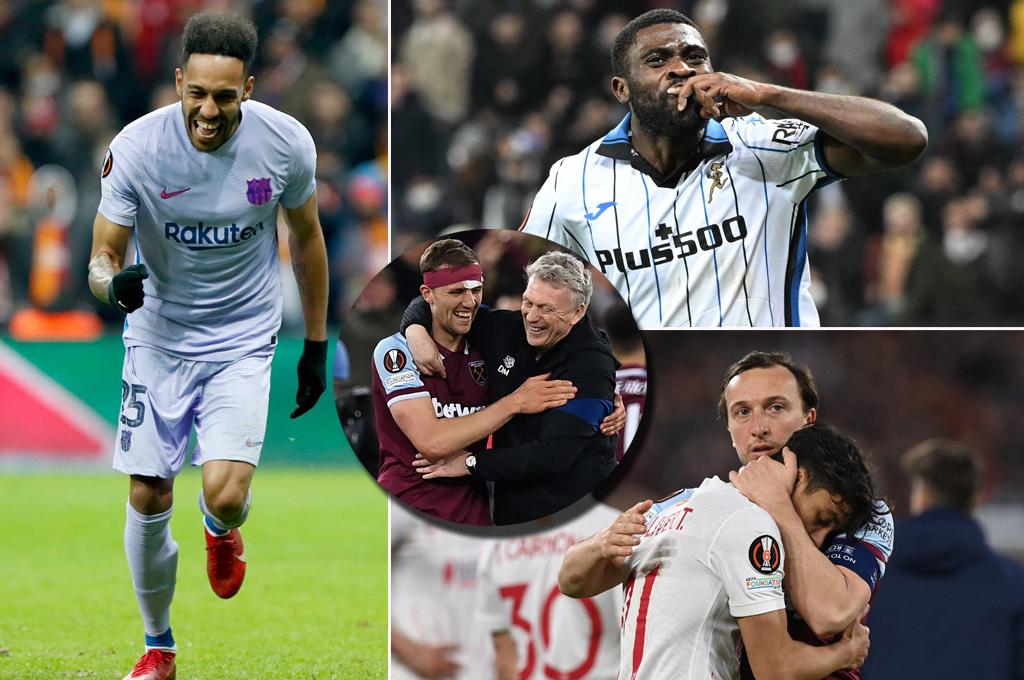 No surprises, the FC Barcelona and the Atalanta sealed their ticket to the quarterfinals of the Europa League on Thursday, as did the panty, rangers, EintrachtFrankfurt, RB Leipzig, West Ham and lyons.

Barça prepared in the best way its imminent Clásico against Real Madridon Sunday, coming out victorious (2-1) from another ‘hot’ stadium like the one in Galatasaray Turkish.

In the stellar duel of these round of 16 between Bayer Leverkusen and the Atalanta it was the ‘Dea’ who confirmed their 3-2 victory in Italy by winning 1-0 in Germany. A triumph ‘in extremis’ with a goal from the Ivorian striker Jeremie Boga (90).

the men of Gian PieroGasperini they had already reached the Champions League quarter-finals two years ago.

But to see the Italians among the top eight in the Europa League, or its precursor UEFA Cup, you have to go back to 1991 when they were eliminated by Inter de Milan.

If the French Ligue 1 was left without representatives in the Champions League after the eliminations of PSG and Lille, this Wednesday the Monaco before him panties Portuguese (1-1; 2-0 in the first leg).

The Eintracht qualified for the quarterfinals despite drawing 1-1 in extra time with the Betis. Borja Iglesias put the Betis ahead 1-0 (90) sending the game to extra time, but Martin Hintereger tied (120+1), making it 3-2 on aggregate in the tie, after the German victory 2-1 in the first leg at the Benito Villamarín

Seville fell by the wayside

The Sevilla F.C. was eliminated after losing 2-0 in London against West Ham in extra time, a result that made the victory won by the Andalusian team in the first leg (1-0) sterile.

the czech flyer Thomas Soucekfrom a header in the 39th minute, and the Ukrainian striker Andriy Yarmolenko Taking advantage of a rebound in the 112th minute, when the game was headed for penalties, they gave the English team a pass to the quarterfinals.

The teams qualified for the Europa League quarterfinals

Sevilla, eliminated: the eight teams qualified for the quarterfinals of the Europa League 2021-22