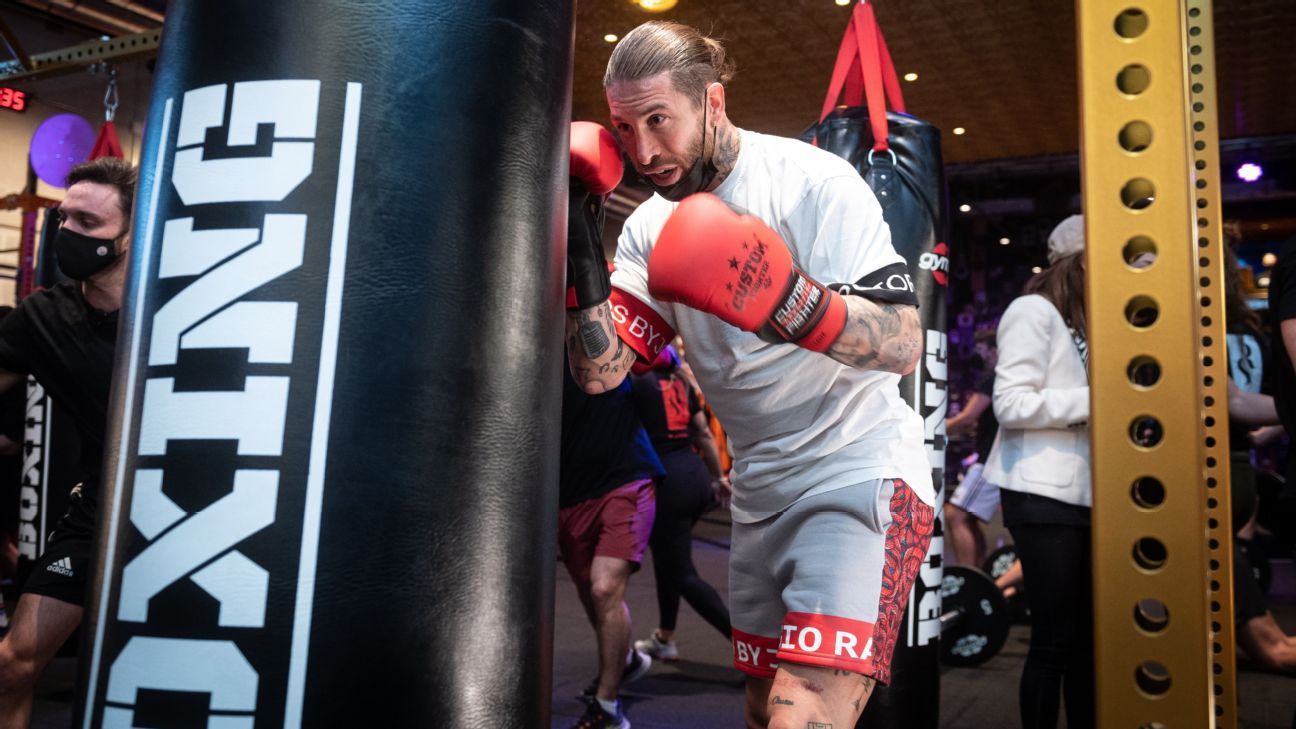 The PSG player, Sergio Ramos, premiered this Tuesday the new gym that bears his name in Madrid, where he practiced various exercises with the attendees and declared that “Coming home is a joy.”

“For me, coming home is a joy and in my gym much more”, expressed the footballer to the media at the end of the act.

bouquets enters the world of ‘fitness’ by investing in this new project in the form of a gym in the hands of ‘Jhon Reed Fitness’, the German chain of low-cost gyms that lands for the first time in Spain with this space in the central station of Moncloa.

The Spanish center-back wanted to thank the large number of people who attended the presentation -which lasted about an hour- of a fully equipped and extravagantly decorated modern gym with a wall full of music equipment, murals of animals in the jungle, lamps to illuminate and an abundant presence of golden color; something that contrasts with the usual decoration of these establishments.

“What better way to open the gym than doing what we do best, which is training. Thank you all for coming”, he said before starting the demonstration.

The concept of the gym is ‘Train like Sergio’ and the footballer, who this weekend premiered his locker as a scorer with the Parisian club, carried out – together with monitors and several participants – different exercises that are carried out in this gym.

First he went through what he calls the ‘Run Club’ (running club), a space full of treadmills where he warmed up with ten minutes of continuous running.

The second stop was in a space dedicated to boxing, in which the gym accumulates up to eighteen bags to hit.

To finish the training, the Sevillian went through the functional exercise area where he worked on various parts of the body with material to strengthen his physique before spending a few minutes taking photos and signing shirts for his followers.

“I wanted to thank you for this special afternoon and for sharing this moment with my great team”, said the former captain of the Real Madrid.

The one from Camas (Seville) was accompanied by his brother and representative René Ramos in a presentation that included the figure of a DJ to liven up the training with music.

Sergio Ramos opens a new gym in Madrid, his “home”