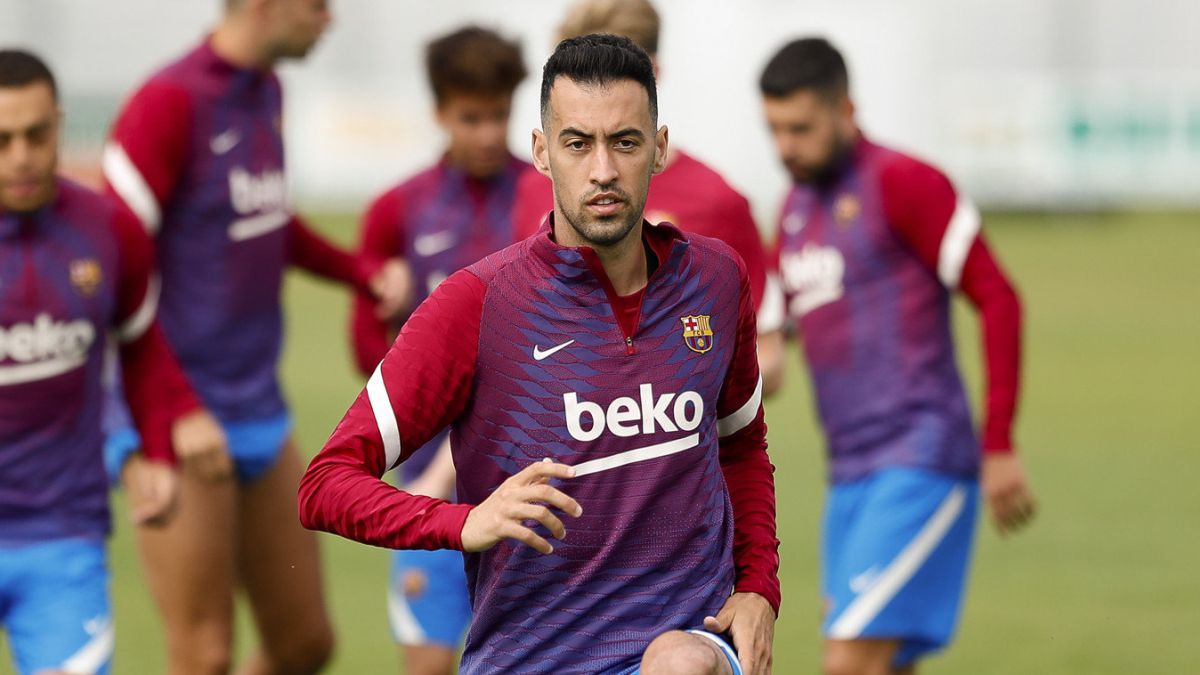 Sergio Busquets will be the new captain of the first team for next season. It has not been necessary a vote or anything like that, since it has been decided naturally, between players and the coach, as the ideal replacement to cover an absence as significant as Leo Messi.

In fact, Busquets already exercised command of the squad on Friday, when he personally went to the home of Leo Messi to speak with the player, according to LaSexta. The one from Badia already knew a few hours before the official statement of the club, after a call from president Joan Laporta, the impossibility of registering him in LaLiga. Busquets spent almost an hour talking with the forward, who gave him the blessing to replace him with the captain’s armband.

Busquets has also been the first member of the squad to say goodbye to Messi through social networks in a long and emotional message: “Still trying to assimilate everything and knowing how difficult it will be, I can only thank you for what you have done for the club and for those who have accompanied you these years and specifically me. You came as a child and you become the best player in history, having made this club grow at the height where it belongs and making history individually and collectively.. I can always say that I played and shared many moments with you, most of them very good, and I was lucky to grow up and enjoy thirteen seasons by your side, Beyond all this I stay with the person and the friendship we made, I will miss you very much less. I can only wish you and your family the best because you deserve it. We will miss you”.

Thus, Busquets will debut captaincy on Sunday at the Gamper against Juventus and on August 15 in the official debut of the season against Real Sociedad in LaLiga. The second and third captain are also clearly defined: Gerard Piqué and Sergi Roberto.

Right now the fourth captaincy is vacant. Under normal conditions it would have to go to Jordi Alba, another player who has been positioning himself for this position for years, but the ancestry of Marc André Ter Stegen The dressing room is very large, so many see the German goalkeeper as a firmer and better positioned candidate to end up as part of the captains quartet.

Ansu Fati, through Instagram, was the second to say goodbye to Messi: “All the boys who come to the Masia dream of being able to play with you, I feel lucky to have fulfilled it. I wanted to thank you for these two years for your gestures of affection towards me and for everything I learned. My family and I will always be deeply grateful, I wish you and yours all the best“.

The former captain and emblem of the club, Xavi Hernandez, did not want to miss the farewell on social networks of Leo Messi: “As a culé, partner and friend, I can only thank you for everything you have given us during these years. Whatever you do, I wish you the best. The best in history“.

The Barça footballer Alexia Putellas wanted to influence the more than relevant figure of Leo in the history of the institution: “Thanks for making me enjoy. Thanks for your football. Thank you for making the club we love even bigger.. Thanks for everything, Leo“.

Gerard Deulofeu, who played with Messi, has also remembered Leo: “What a nice pleasure to share moments in the best club in the world FC Barcelona, ​​and with the best player in history, Leo Messi. Much admiration and respect for you. We can only thank you for all the wonder you have given us and you will continue to give us every week on the pitch.“.

What a nice pleasure to share moments with the best club in the world FCBARCELONA and with the best player in history Leo Messi. Much admiration and respect for you. We can only thank you for all the wonder you have given us and you will continue to give us every week on the pitch. pic.twitter.com/gYvZTOmFGo

Thanks for your treatment. In that it coincides Philippe Coutinho: “Messi, thank you very much for everything. A great honor to have met you and to have played by your side.Very grateful for the way you treated me and my family during all this time! I wish you much success in your future and may God always bless your home and family.“.

Sergi RobertoLate in the afternoon, he joined in the recognition for his former partner with some heartfelt lines: “When I was little my dream was to play for Barça’s 1st team, but having done it by your side, the best player in the history of football, is something that I never imagined. Thank you for all the moments that you have made me and all the culés fans live, for all the joys you have given us, all the goals you have scored, all the titles we have celebrated, for taking this club to the top , for making so many people dream of your football and above all for doing it with this shirt. We can never give you back everything you have given us. I wish you and your family all the best. We love you and we are going to miss you very much. Eternally grateful“.

A benchmark in the team. Gerard Piqué was tremendously emotional with Leo. Your open letter He winked at the origins of their relationship, before recalling the outstanding career of both wearing the Barça shirt.

Memphis Depay, the newcomer, was very graphic: a broken heart as a sign of pain for the departure of a legend for Barcelona and football in general.