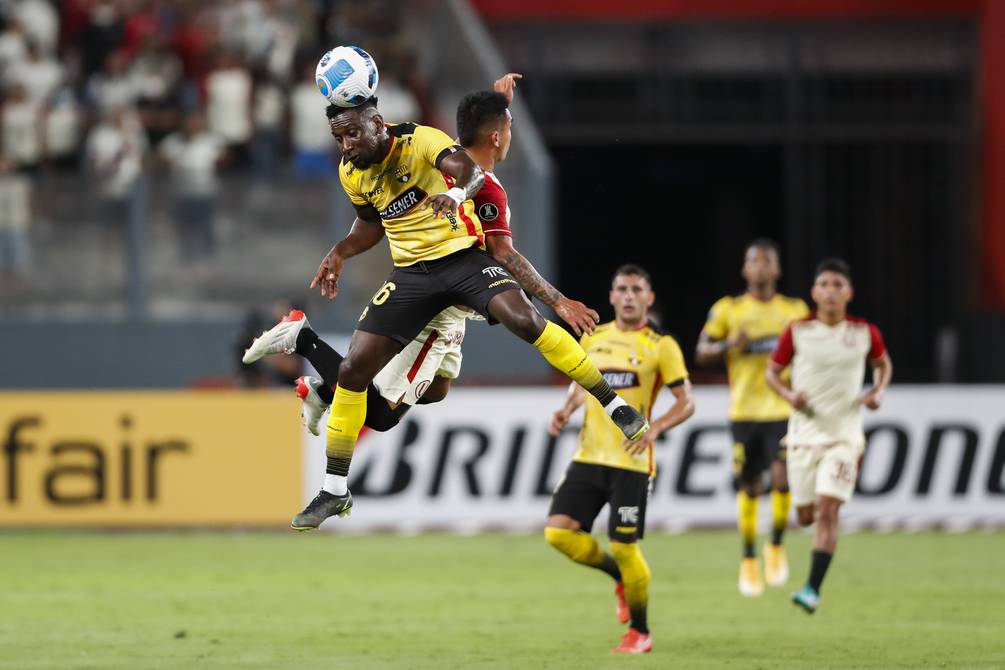 With ten players, Barcelona Sporting Club beat the Peruvian Universitario de Deportes 1-0 this Wednesday in Lima and advanced to the third phase of the 2022 Copa Libertadores.

The goal of the long-suffering triumph of the bullfighter team was scored by the Argentine Emmanuel Martínez at 66 minutes.

In the first leg, Universitario fell 2-0 against Barcelona in Guayaquil. The canaries had never won on a visit to Peru, in this tournament.

In the next round, Barcelona will face the Brazilian América Mineiro, who eliminated the Paraguayan Guaraní in a penalty shootout (5-4).

Under pressure, Universitario came out to propose an offensive game from the first minute of the match at the National Stadium, with the presence of nearly 40,000 spectators in the stands.

With striker Alex Valera and Uruguayan Luis Urruti, the ‘cream’ team came out to put pressure on their Ecuadorian rival to reverse the 0-2 in the series.

At minute 5, Urruti took a shot from the right that was saved by goalkeeper Javier Burrai.

With half a ticket in the next phase, the 2021 Libertadores semifinalist came out with a 4-3-3 game system to stay in the race in the continental tournament.

At 24, Barcelona was left with 10 men after defender Luca Sosa was sent off for a foul on Valera.

Universitario with one more man pressed the accelerator to try to break the defensive line of the Ecuadorian team with shots from Urruti and Valera, but the goalkeeper Burrai drowned out all the screams of goal from the fans of the ‘U’ in the first half.

In the second half, the team led by the Uruguayan Álvaro Gutiérrez came out determined to break the equality of the match, which left them out of the Libertadores.

At 55, Gutiérrez made two changes to put more pressure on Barcelona, ​​​​which maintained a solid defense to not drop its goal.

The Peruvian team dominated the match, but could not find the goal due to definition problems of their players.

At 66, the Argentine Emmanuel Martínez with a surprising shot from the right scored the 1-0 for the ‘bullfighter’ cast. The goal silenced the fans of the ‘U’. The midfielder broke off along the entire left wing and finished off Carvallo at the near post.

After the goal against, Universitario did not lower his arms to continue attacking, but his rival grew in his game with the goal in his favor.

At 90+2, the Peruvian Valera was expelled by the Uruguayan referee Andrés Matonte after attacking a rival player. (D)