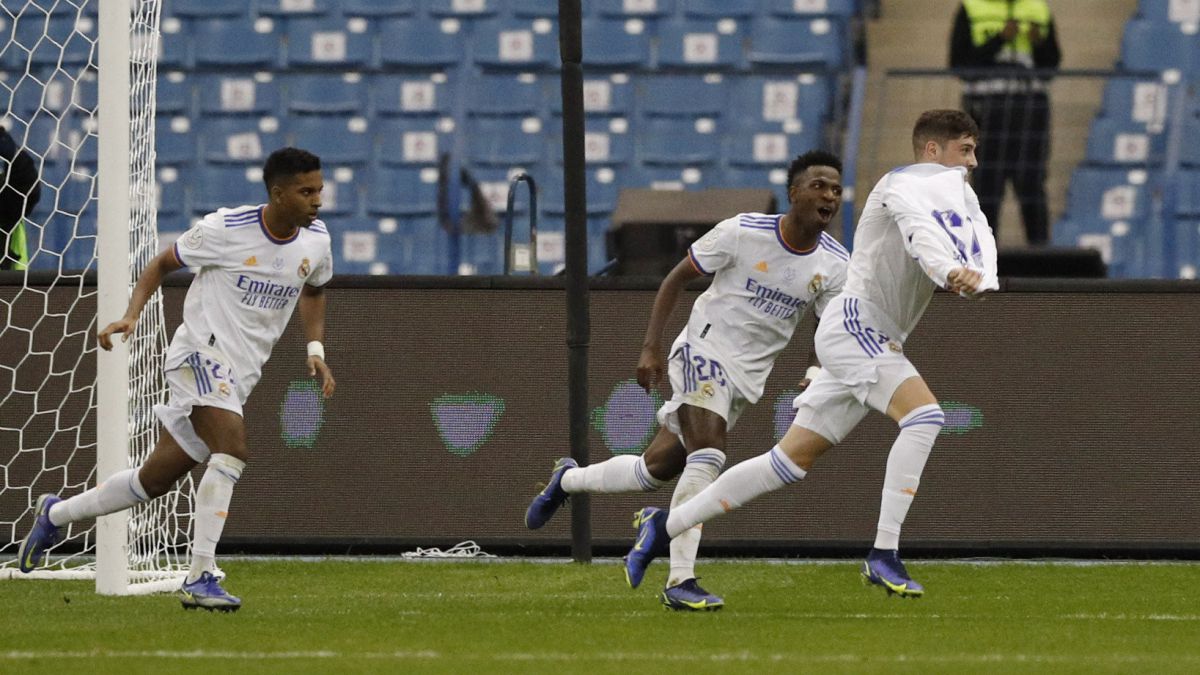 Ancelotti has found the formula in the roots, shaping this Real Madrid with a very Italian idea. Wait, steal and run. In the semifinal of the Super Cup against Barcelona he once again displayed his weapons. The whites mounted five counterattacks and took advantage: they generated four shots and scored Valverde’s goal that gave Madrid the pass to the final. After the game, Ancelotti did not hide his intentions: “It is difficult for us to push up high. The low block is not very aesthetic, but the quality we have up top is too important not to enjoy it”, he acknowledged after the game, with some arguments that he has already resorted to at other times of the season to explain the style he has given his team.

The mini-crisis prior to the October national team break was a turning point. At the start of the season Ancelotti had just tried modifications to the 4-3-3 with which Zidane triumphed to find a better accommodation for Hazard, Asensio, Isco… The defeats against Sheriff and Espanyol were characterized by a very proactive Real Madrid, thrown forward and with an overwhelming control of possession: 75.66% against the Moldovan champion and 65.53% in Cornellà. According to Opta data, of the first ten games, Madrid played seven of them with a central position; one, the draw against Levante, with high positioning; and two, against Villarreal and Sheriff with very high positioning.

Shakhtar’s little hand in Kiev, already with a low block and the lines closer together, opened Ancelotti’s eyes. The Italian coach openly recognized him on the eve of the Clasico league, in which he was going to face a Barça that has made possession its hallmark. “It is easier for us, due to our characteristics, to defend with a low block because it is much more dangerous to counterattack into space with the players we have upstairs”, affirmed Carletto three months ago.

Madrid’s average position, in all their actions, in the first ten games of the season was 54.8 meters away from their own goal. In the following 19 he has backed down almost four meters: 50.9. Since Kiev, Madrid have played six games in a very low position and three in a low position, maintaining similar ball possession levels in the two stretches of the season (59.3% vs. 60.4%). Madrid’s three stumbles since then (draws against Osasuna and Cádiz and defeat against Getafe) have been in games with high or very high positioning and possession of more than 70% by the whites.

Real Madrid have scored six goals this season on counterattack plays. The two (from Alaba and Lucas Vázquez) from the Clásico in the league at the Camp Nou, the first from Vinicius to Levante, the one from Benzema to Espanyol, the one from Karim to Athletic in San Mamés and the one from Valverde in the Super Cup. Ancelotti’s team is the team with the most counter-attacks in the League, with 21 cons. Also the one that has generated the most shots (18) in this situation and the one that has culminated them with the most goals (5), tied for the finish with Atlético, who have also conceded five goals.

Running is for the brave