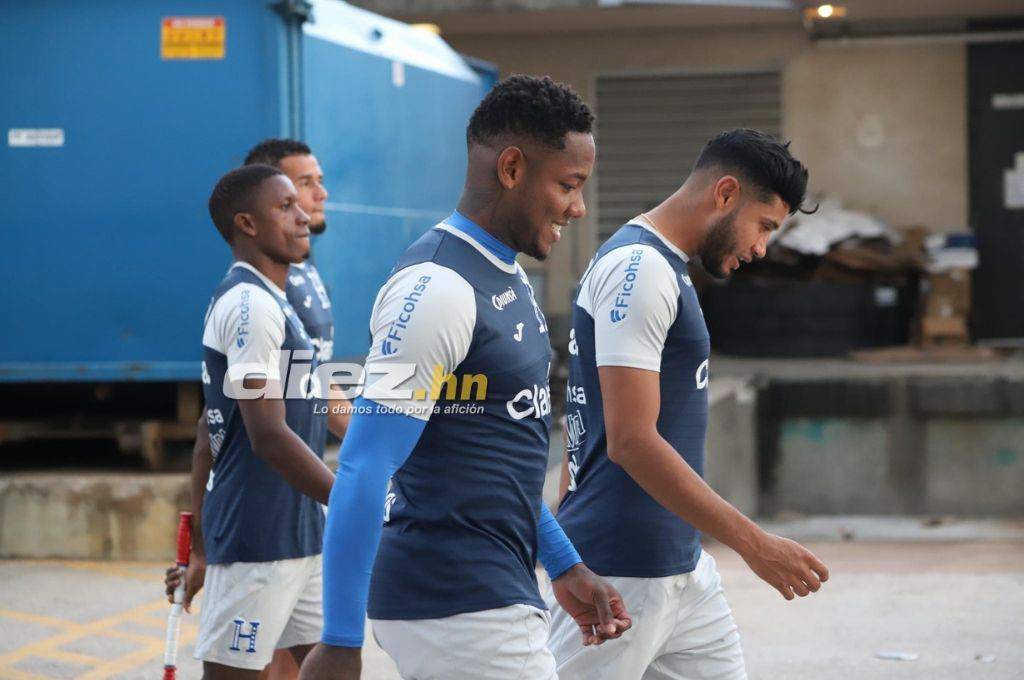 Training to replace loads and evaluate the physical conditions of Honduran footballers after an intense game against Panama on gold Cup which has given us a place in the quarter-finals after a 3-2 victory, but has also weakened us.

The H has maintained his training at the University of Houston with some important news such as the absence of Alberth elis who has suffered a fracture in the fifth metatarsal and has been left out of the remainder of the tournament, because he needs a month of rest to join the activities and now Coito will have to evaluate new options in attack.

The footballer has stayed at the hotel since a stabilizing boot was placed on him and he must also use crutches to be able to walk from one side to the other. You will only perform gym exercises.

Another one who is being cared for and is in ‘cottons’ this Sunday and Monday is Romell quioto, who suffered from his right adductor, the same injury that left him out of the Nations League and has now taken precautions not to force.

Quioto, who has scored three goals in this competition, has done differentiated work with the group and was at dawn Sunday until midnight doing cryotherapy work to strengthen the muscle and recover as soon as possible, he has also been in the hotel doing different tasks to be ready .

It will be on Monday in the last practice that Coito makes the decision to risk it or not, because he knows that the first place is in the air against the Qataris and does not want to give up advantages, but he will not force the forward since he is diminished in the offensive zone.

The good news has been the incorporation of the central defender Marcelo Pereira, who seven days later, was able to perform more intense physical tasks, also already touched the ball.

The defender was against Panama on the bench and also performed warm-up exercises and if his participation had been necessary, Coito would have given him minutes.

Pereira He can reappear this Tuesday against Qatar and if so, Kevin Ávarez would return to his usual position as a right back, although this decision will be made on Monday by the coach with the medical opinion of his staff.