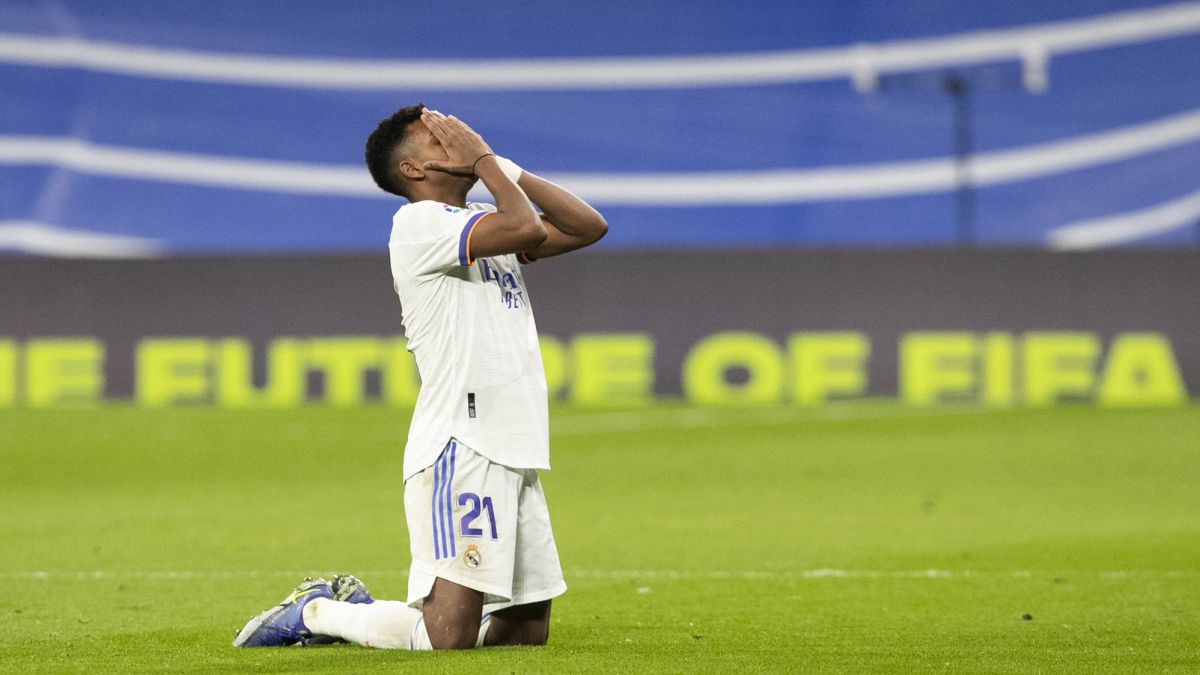 Comparisons are odious, but Rodrygo and Vinicius, since the first arrived that summer of 2019, have been looked at with the same optics. Logically, they were two almost identical pawns called to be kings. They had the same age, nationality, almost height and, to share, even market value: 40 million (Transfermarkt indices). For a year and a half they seemed to circulate at a same speedslow but steady maturity. Until this season, when Vincius has exploded like a supernova to become a ‘megacrack’, already valued at 100 million euros. Rodrygo, however, remains the same. An enormously talented player, fast and with a special aura to appear -and decide- on the big dates. But to whom Real Madrid asks for more. Because you can give it.

His best numbers were the season of his debut, 2019-20, when he alternated work with the first team and Castilla (he played three games in Segunda B, scoring two goals, against Rayo Majadahonda and UD Sanse). With the elders he played 1,428 minutes, spread over 27 games, in which scored seven goalsone every 202 minutes. This season, without going any further, he has only scored two goals in almost the same minutes, 1,339′, one every 669 minutes. In between, in 2020-21 seasonsigned his worst figures: 2 goals in 33 matches (one every 649 minutes). Although in his defense, that year he suffered a hard injurybreaking his biceps femoris and tendon, which made him use crutches and take two months off.

But, despite the fact that goalscoring regularity is not his forte, he is a footballer with a special aura for big dates. Of the two goals he scored last season, for example, one was the momentous one against Inter, in the group stage, to keep alive the chances of entering the round of 16, which would end up happening. Between his stellar bursts and his assists, he shows that he is a footballer who exudes quality. In the goal passes section, the dynamics are very positive: in his first season he only gave two, in the following that number rose to eight and this one, recently passed the equator, already has six, a figure that invites us to think that he will achieve a new record.

There are few positions as debated in Madrid as the right wing. The rest of the pieces seem to have their indisputable, but on the starboard side, week after week, a candidate is being sought. Rodrygo and Asensio have been sharing the minutes throughout the season. Ancelotti himself already made it clear in a press conference that they are players with antonymous characteristics and, therefore, he would use them depending on what each game demands. Although Rodrygo represents more electricity and overflow, Asensio is possession and punch. The Brazilian tends to play more in the Champions League and the Balearic, in the League. But Asensiowith its missile to Granada this Sunday, bared his teeth and tightened the pulse. Healthy but intense competition.

Despite the fact that the arrival of the French could suppose a final move to dockthe player has always been publicly in favor of his arrival. “It would make me very happy if Mbappé arrives”he stated, a few weeks ago, in an interview for ‘TNT Brasil’. With a contract until June 2025 and only 21 years old, Rodrygo still has room to grow and improve. To get out of the football quagmire in which he seems stuck, stagnant. In that remarkable high that does not end up being an outstanding. What the fans ask for.