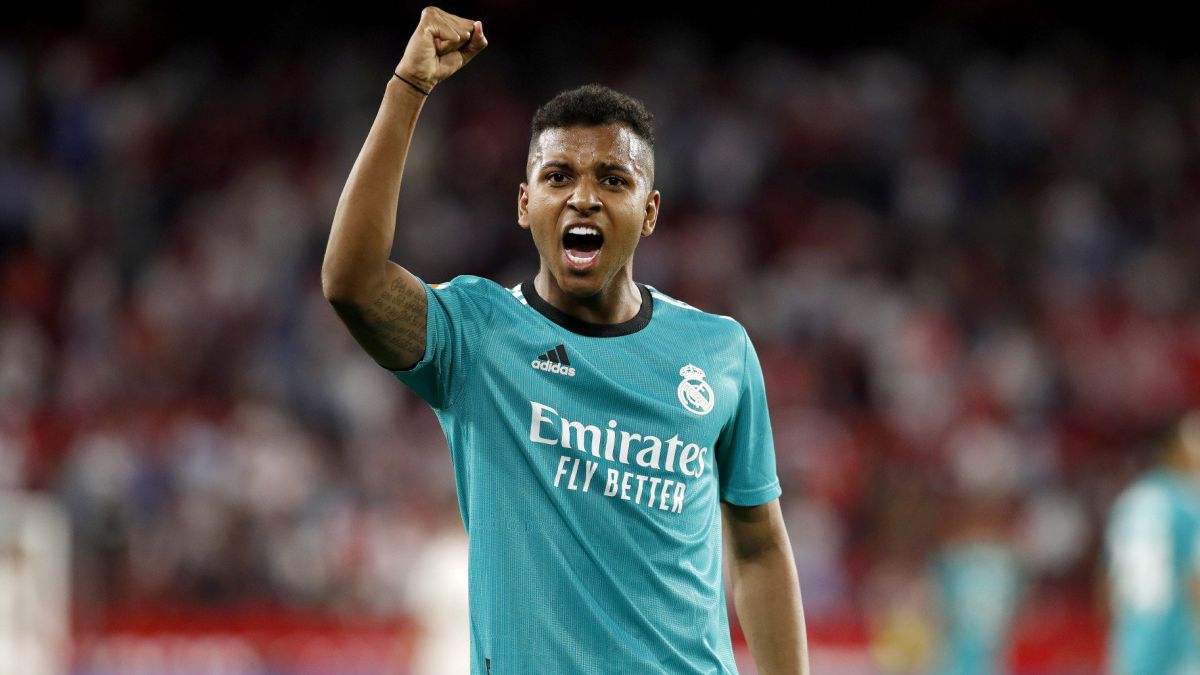 Rodrygo He has four goals this season: he scored three coming off the bench and only one as a starter. That is, the 75% of his goals this season he has scored after being a substitute. This statistic opens a debate that has already reached Ancelotti himself. A window into the possibility that the Brazilian –with more visits to the quagmire than it should– be better dynamite than cannon. Better Plan B than Plan A. Better revulsive than headline. “That’s what the statistics say”he pointed carlo at the Pizjuán press conference when asked about it, although shortly afterwards he qualified his words, aware that he cannot close the door on the player either: “But hey, he can make a difference by being a starter or coming off the bench”.

The reality is that he has never managed to win an indisputable ballot and, nevertheless, has several leading man posters at important moments. Because you must have something like a gift for it. His last three performances are proof. Before him PSG, with everything lost, came out in the 57th minute and what happened a quarter of an hour later is history. Four minutes later Benzema equalized and at 21′, the score was already 3-1. From negligence to ecstasy… Something that multiplied against Chelsea. Madrid lost 0-3 and was eliminated from the Champions League: Rodrygo came out in 78′ and tied in 80′. Once again a hero, despite being a substitute. Another photo for the mural of important goals of him.

And another outstanding performance, like that of Pizjuán. The Seville leading 2-0, Ancelotti decided to shake the shaker, reshuffling the team with Valverde back in the engine room and Rodrygo on the wing. “He has asked me to do what I always do, one against one, to try, because that’s how you end up chasing a goal or an assist”said Rodrygo in a mixed zone about the slogans of Carletto giving you input. He found both: goal to tie shortly after the restart and assist to win in stoppage time. This season, one of the worst in terms of goals since he landed in Chamartín, has four targets. But what is truly remarkable is that three of them have been coming off the bench (Inter, Chelsea and Sevilla) and only one, after being a starter (Shakhtar Donetsk).

In total, he scored 12 goals with Real Madridof which three went to Galatasaray in the Champions League edition two seasons ago. Of the other nine there are some memorable ones: to win the Inter at Di Stéfano when the group stage was in danger, to attack San Siro at the beginning of this season and, of course, to survive against the Chelsea A few days ago in the Champions quarters. This season he has 1,837 official minutes between all competitions; he has played 39 games, of which 18 have been as a starter and 21 as a substitute. And therein lies the main problem, in the lack of regularity. The most that he has chained starting from the start has been three days. The same as Asensiohis healthy rival for the position on the right wing, although in recent games he has burst into force the ‘Hawk’ Valverde.

The next season may present a serious problem of overbooked on the right band. Bale’s departure will leave a vacancy free, but they can get together Mbappe, Asensio, Rodrygo and Lucas Vazquez for a position; which would obviously be for the Frenchman, a piece called to be a white standard for the next decade. Given this situation, the option of looking for a way out -inevitably- gains strength. Good for him or for one of his companions. Because ownership would become something even more difficult and the minutes would be considerably reduced. Rodrygo, 21, has a contract with Real Madrid until June 2025; Asensio ends in 2023 and Lucas Vázquez, in 2024. Being established as a ‘revolution man’ may be earning him points to be a second bullet on the right wing. Because he has shown that the starting job is still slipping away from him, but as defibrillator it can be extraordinary.