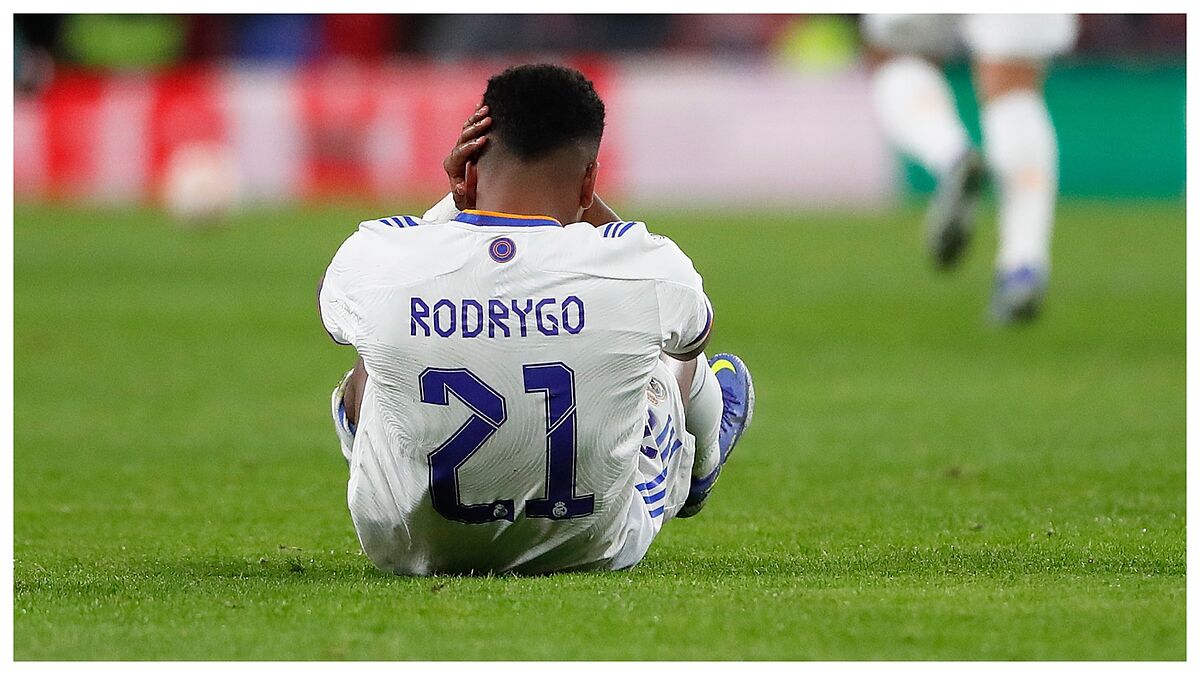 TORodyrgo he doesn’t like the cold. He is known by those who know him well and his career since he arrived at Real Madrid says so. The entrance of winter brings with it the downturn of the Brazilian, for whom his contact with the European cold was a hard experience. This season repeats what was experienced in the previous two. Rodrygo has yielded to Asensio in what during the first third of the season was an intense hand in hand between them to be the third element of the offensive trident.

Today that square is for Asensio. The entry of winter brought a break for the carioca forced by the positive for COVID-19 communicated on December 16. In this section, the Cup went to Rodrygo but Ancelotti’s choice against PSG was the important one in that section and there was never any doubt that it was going to be Asensio.

The Brazilian, starter in the League against Getafe and Granadahe has only played 38 minutes in Madrid’s last three games.

Last season, Rodrygo he spent the hardest part of the winter injured. He broke his muscles in a very serious way on December 23, against Granada. He was unable to play again until March 1.

Rodrygo’s most pronounced winter fall was in his first season. He entered the team in an explosive way with his goal against Osasuna just a moment after stepping onto the pitch and scoring a hat-trick against Galatasaray in the Champions. I finished January as a starter against Valladolid and Sevilla in LaLiga… and disappeared. For five games he did not even enter the league calls. He returned on March 8, the last game before the pandemic stopped football, but he did not play a single minute. On the way back, in June, he started against Eibar.

Only one goal in winter

Rodrygo has 11 goals in the 90 games he has played with Real Madrid. Of them there is only one marked between December 21 and March 20. He scored it against Real Sociedad in the 3-4 at the Bernabu that marked the Basques’ pass to the semifinals on February 6, 2020. The rest is divided into eight in the autumn, which makes it clear that the first third of the It is the season in which Rodrygo performs best and best, one in spring and one in summer.