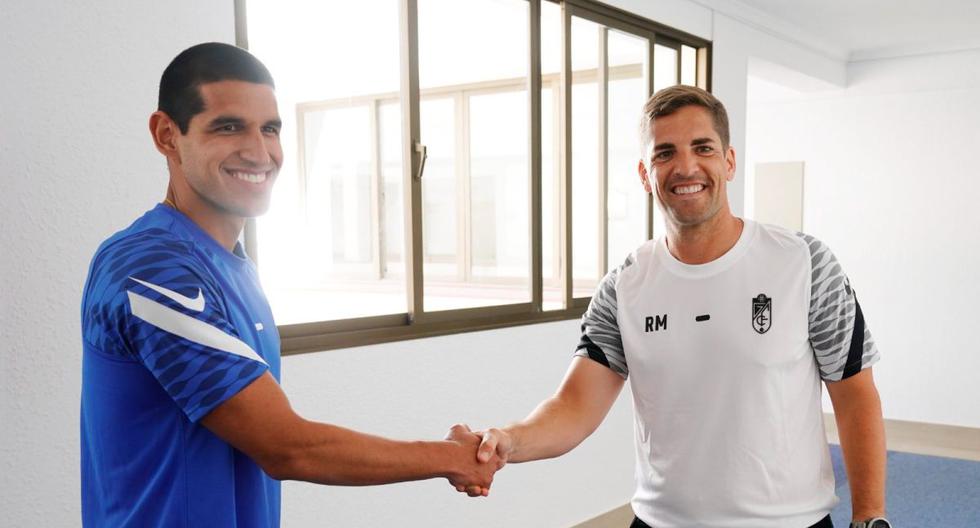 A Peruvian man Luis Abram has become new player of the Granada from Spain. There, the national defender will be under the orders of Robert Moreno, the coach who overnight went from being a technical assistant to head of the bench of the Spanish team. The opportunity to dress with the Red diver came from heaven, but it also meant breaking relations with Luis Enrique Martinez after working together for almost a decade. The current coach of the Iberians did not touch his heart and threw him out of his staff publicly, accusing him of disloyalty and excessive ambition.

Born in the city of Barcelona on September 19, 1977, Robert Moreno González graduated in Commerce and International Relations at the University of Barcelona. He came to work in a department store in Cornellá and was trained as a technician in teams such as Hospitalet, Castelldefels and Damm, among others, to reach the quarry of the Barça club, where he met Luis Enrique.

Moreno began working as second to the Asturian coach in the Barcelona B and she was no more separated from him. Thus, he was next to ‘Lucho’ in his stages at the helm of AS Roma, Celta de Vigo, the first team of Barça and the Spanish team. At Camp Nou, and from the bench, Robert was part of the historic treble of 2015 (Santander League, Champions League and Copa del Rey).

His specialty was the study of rival teams, match analysis and even strategy actions. His work, essential for Luis Enrique. Their union, more than close. Such a relationship ended in a tandem for the Spanish team after the 2018 World Cup. The Asturian took the reins of the Red with Robert Moreno as assistant, but it would not last long.

On June 19, 2019, just eleven months after taking office, Luis Enrique resigned as coach for family reasons, which he did not disclose at first. In the RFEF they did not think too much about it and appointed his faithful assistant as the new coach, without imagining that it would be the beginning of a break between the Asturian and Catalan.

The numbers of Robert Moreno in command of the Spanish team, which at that time was looking to qualify for Euro 2020, were not bad. In fact, he had seven wins and two draws in nine games on the Spanish bench. However, after spending several months mourning the death of his daughter, Luis Enrique wanted his position back.

On November 18, 2019, after a 5-0 victory over Romania, Spain announced the dismissal of Moreno and the reinstatement of Luis Enrique. At first it was thought that Robert would once again be his second in command. However, the former Barcelona coach informed the whole world that he no longer wanted him on his team. Total divorce after almost a decade sharing the bench.

At a press conference, Luis Enrique said that after maintaining that after holding a meeting with Robert Moreno, he realized that the Catalan did not want to leave the Spanish bench until after the Eurocup, a tournament he qualified for with La Roja. For ‘Lucho’, his former assistant had fallen into disloyalty and excessive ambition.

“The only person responsible for Robert Moreno not being on my staff is me. Not Rubiales, neither Molina nor the Federation. The disagreement with Moreno comes on September 12. That was the only day I had contact with him. He called me, we had a meeting at my house and I realized that he wanted to do the Eurocup and that later, if I wanted to, he would be my second again. I saw it coming due to the events of the last few weeks ”, revealed the former Roma coach.

“I’m going to put myself in the other point of view: I understand that you are excited, that it is the opportunity of a lifetime, you have worked hard and are ambitious, which is a quality to value, but for me it is unfair, I would not do it and I don’t want anyone with those characteristics on my staff. Excessive ambition is not a virtue, but a great defect “added the coach.

Thus, Robert Moreno left La Roja through the false door and with a barrage of criticism about his person. Just a month after this event, the Spanish coach found work at AS Monaco, but things did not turn out as he wanted. Of 13 games directed, he won five, tied in three and saw defeat five times.

For the 2021-22 season, Granada added him to their ranks for two years with the hope of once again qualifying for a UEFA competition. With Moreno and Abram the Nasrids are going for big things in this campaign.