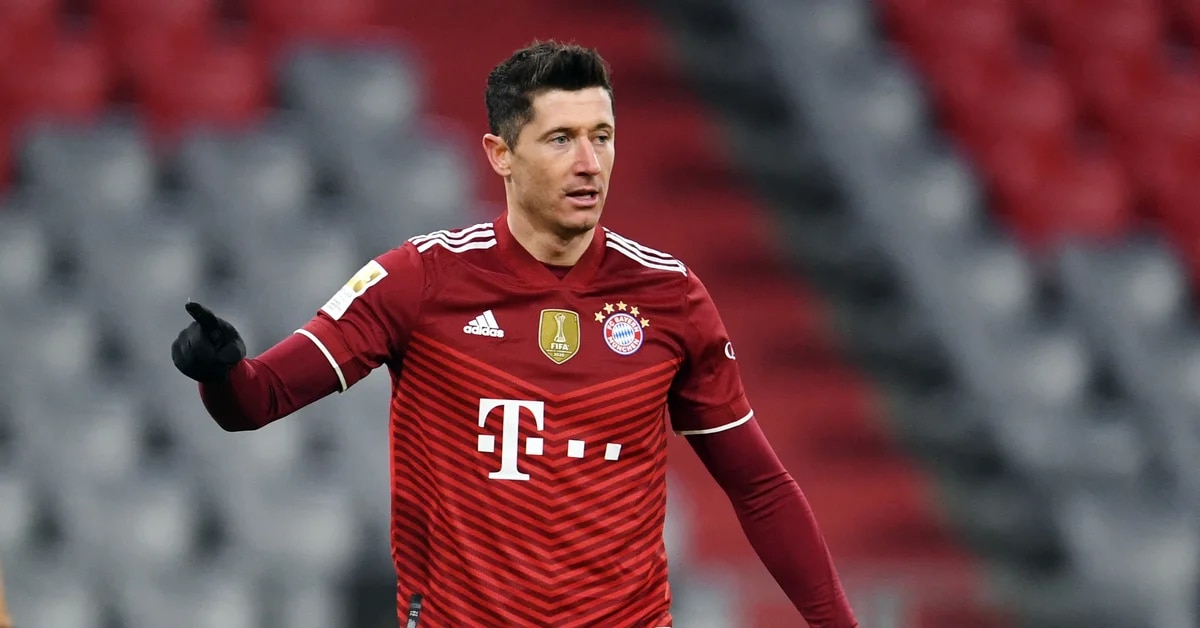 Robert Lewandowski He is one of the best footballers of today but he has not yet been able to conquer the Golden Ball. This year, the Pole was close once again, but had to settle for second place. behind of Lionel messi, who reaped his seventh award. This week, he could at least celebrate the recognition that the newspaper made him Bild by choosing him as the Star of 2021 for his great performance on the pitch.

The person in charge of giving him the award was Uschi Müller, widow of Gerd Müller, the mythical German gunner who died in august and whose goalscoring record was surpassed this season by the Bayern Munich forward. “He had such a great season. Gerd would have said, ‘Well done, boy!’ He would definitely have given Robert the Ballon d’Or. Anyway, he never knew anything like envy, “the woman told him during the ceremony.

For its part, Lewandowski was moved and in statements published by the newspaper Bild, was happy to receive this recognition: “First of all, I would like to thank Uschi Müller for his kind words. And also for the award, which is a great honor for me. I wouldn’t have won it without my colleagues. I see it as an award for the whole team, for the whole Bayern. I am a different type of player than Gerd Müller. Gerd was much more muscular in the legs. My style of play, the movements and the trajectories, are different. But we both know that the ball must be on the other side of the goal line. Does not matter how. A goal is a goal”.

In an interview conducted by that medium, the 33-year-old Pole was asked about his frustration at not being able to keep the Ballon d’Or awarded by the magazine France Football: “It’s about small details, everything has to be in its place. What I can guarantee is that I will continue to do my job and provide my best performances. “

On that occasion, after being awarded, Messi had congratulated Lewa during his speech and had even assured that he deserved to receive the trophy at least once. After hearing those words, the German soccer striker had controversial sayings: “I would like your statement to be honest, not just empty words”. Now, he took the opportunity to rectify himself: “Leo’s words moved me a lot. They were not empty words, it was a good moment in my career ”.

He even said that he was able to talk for a while with the Argentine star: “I only spoke a few words with Leo because my Spanish is not very good. I spoke with Kylian (Mbappé) in English, then he translated for Leo ”.

When asked about whether The flea He can be considered the best of all time, he did not want to be blunt, although he did make a difference with Cristiano: “Since I turned professional, Messi and Ronaldo have been above everyone else. It has always been a duel between them. It’s about what kind of player you prefer. The answer to the question is difficult. I respect the hard work of Cristiano Ronaldo. For Messi everything seems easy. I think Cristiano had to work harder to succeed”.

The former Borussia Dortmund man also did not dare to name the three best strikers of all time: “Did we include Messi and Ronaldo? They are not classic forwards. Benzema has been convincing for many years, or (Mohamed) Salah, (Sergio) Agüero, (Harry) Kane. There is Henry, the Brazilian Ronaldo, we have already talked about Gerd Müller. I hope to be mentioned in this category as well. “

Lewandowski has won all possible trophies at club level and affirmed that his goal is to be able to repeat the Champions League conquest he achieved in 2020, but he acknowledged that in this edition there are tough rivals such as Chelsea, Manchester City, Liverpool, Real Madrid Y PSG who are also candidates for the degree.

Finally, the Pole was asked about the goal that he lacks in his career and with which he longs: “In the Champions League final, and also a decisive goal for Poland in a World Cup in a game kills kills. I dream of that”.

Simeone’s blunt response when asked about Luis Suárez’s insult
With a goal from Papu Gómez, Sevilla drew with Barcelona and continues as Real Madrid escort
The punishment that Guardiola applied to two City figures: “If the behavior is not appropriate, they will not play”
A PSG figure confessed that they take a special shake before matches that generates a curious effect
Behind the scenes of Ronaldo’s millionaire investment to buy the Cruzeiro in Brazil