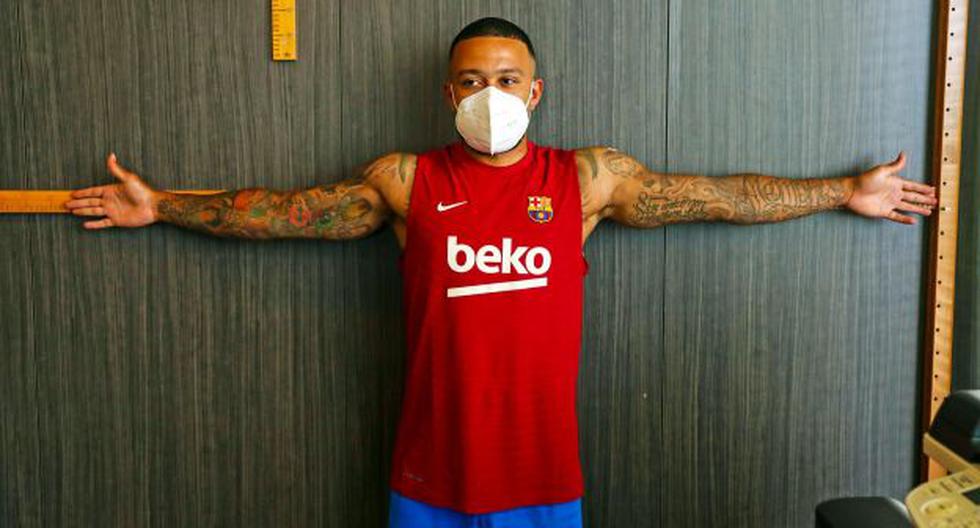 His physical tone is one of his main strengths and he let it be seen in his first match with a T-shirt of the FC Barcelona, in which he even scored a goal. Memphis Depay He offered an interview to the Catalan medium ‘Spot’, in which he revealed the secret of his privileged and well-worked upper body.

“Maybe people didn’t realize it, but my legs were heavy and I was very tired. At first I had to play about 30 minutes, but in the end it was more than 50”Explains the Dutch striker who had played his last match on June 27.

Depay reveals that unlike other opportunities, this time he decided to take a break from his physical activities. “This vacation I have disconnected. I wanted to make a total ‘break’. I had not been able to rest with all this COVID for a long time, so I have not followed any specific plan”.

And if many believed that the former Lyon player was obsessed with the gym and hard physical work, nothing could be further than that. Depay explain what’s behind that physique.

“As a young man I did go to the gym a lot, but now I have hardly visited it for years. Mine is genetic, so I’m not interested in doing weights because I gain volume very quickly and I don’t want to. If I’m like this, it’s because of the genes”, Reveals.

Excited for his first goal

“It’s incredible, I’m very happy to play in this shirt and have my first minutes. I have really enjoyed it. The fans have been very enthusiastic, energetic, and I liked seeing them in the stadium. I’m very happy”added the former Lyon striker.

A few days after Barcelona’s return to its stadium and with an audience for the Joao Gampert Trophy against Juventus, Depay he pointed: “Starting here is good, but I’m sure it will be incredible at the Camp Nou. I will try to transmit my energy to the team. It’s an awesome feeling to be with the fans”.