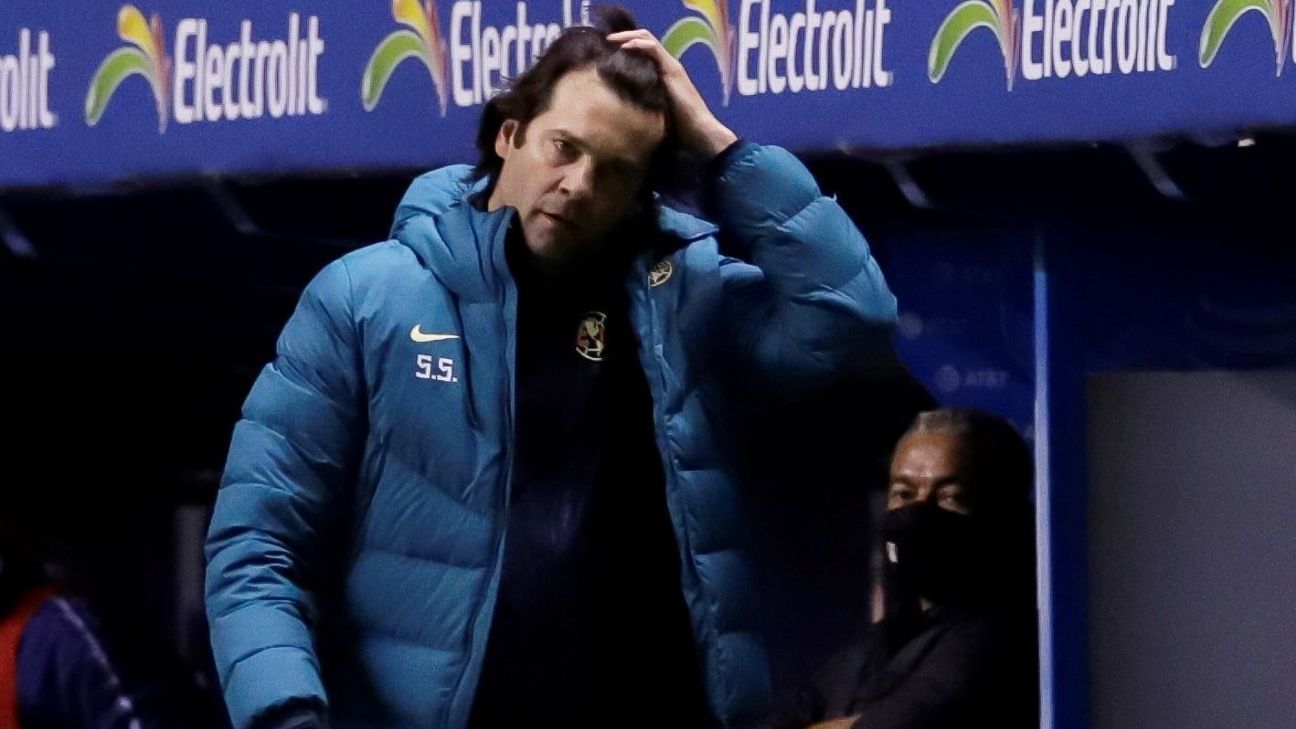 The referee Óscar Mejía García, who directed the match between Puebla and America last friday and he expelled Santiago Solari after his invasion to the field, the madness of the Argentine did not settle in the card.

In all cases where there were cards involved, as was the case with Jorge Sanchez Y Roger Martinez by the America, and of Israel Reyes, Gustavo Ferrareis, Jordi Cortizo Y Diego de BuenOn the side of the camoteros, the central judge mentioned the reasons for them in his identification card, but this was not the case in Solari’s case.

Both in the Refereeing Commission and in the Disciplinary Commission, which meet in the next few days and from there a sanction for the Americanist strategistthey have no idea what he was claiming Santiago Solari, since the referee does not detail it.

Likewise, it is not clear that there have been insults by the Argentine coach.

Query here all the news and results of America.

According to sources from both federative bodies, the certificate only records the claim and the invasion of the field by the helmsman of America.

This does not mean that the referee did not take note of what Solari was shouting when entering the field of play, but that this portal was informed that rather “it means that there were no insults. It does not report in detail what is claimed.”

It is worth mentioning that, in case there are no insults, then the suspension can be for a match and that will happen until next January 22, when they receive Atlas, since their matchday 2 commitment against Mazatlán was rescheduled on a date yet. to define.

America has not appealed the red card

So far, Club América has not protested the expulsion of Santiago Solari, it was noted from the Disciplinary Commission.