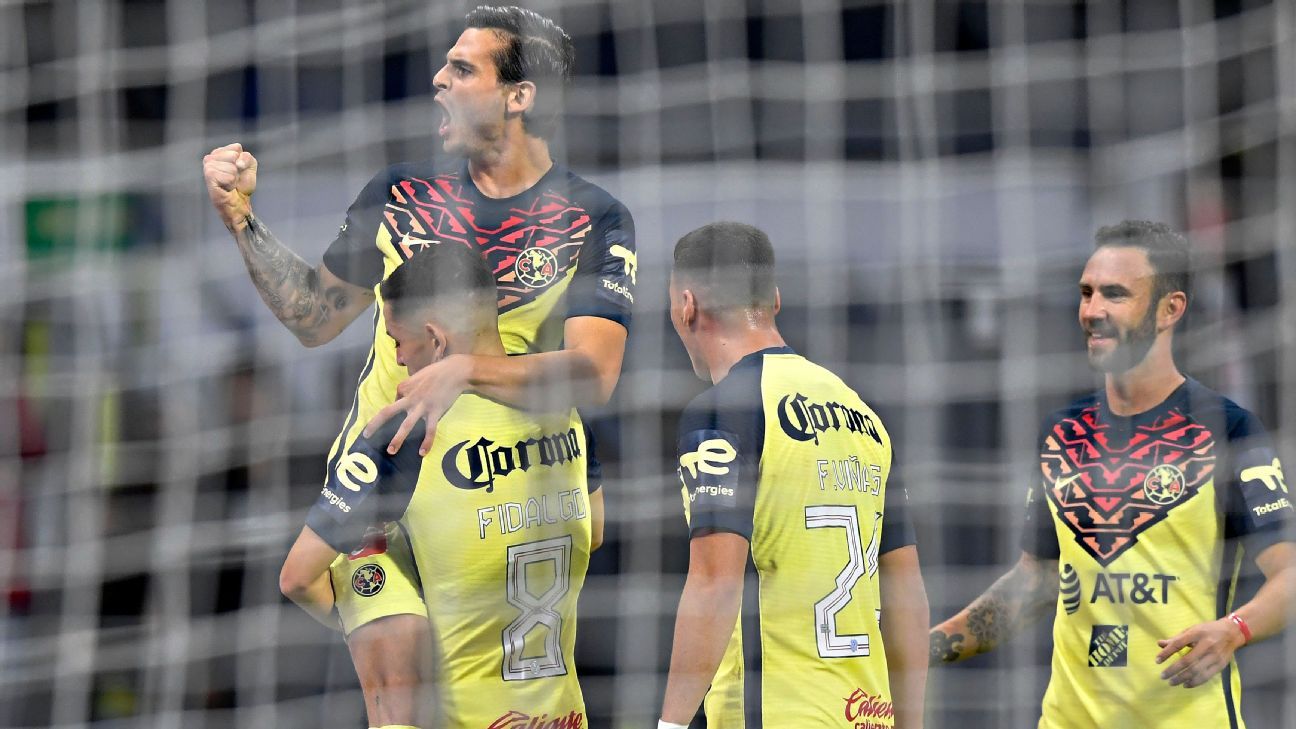 America maintains its good pace in the Apertura 2021, but against Mazatlán FC it presented new weapons, such as the case of Nicolás Benedetti, who debuted in the contest and with just 30 minutes on the pitch he collaborated with an assist Álvaro Fidalgo, who became the Eagles’ top scorer so far this tournament.

Benedetti shone in his debut in the contest

Nicolás Benedetti debuted in the Apertura 2021 in the match of the eighth day against Mazatlán. With only 30 minutes in the contest he managed to send a pass for goal. Benedetti overflowed on the right wing and sent a cross into the area, where Álvaro Fidalgo appeared, who first shot to pierce Nicolás Vikonis’s goal.

Álvaro Fidalgo was in charge of opening the scoring, with which he reached three annotations in the Apertura 2021, a figure with which he became the top scorer for the Eagles so far in the tournament. Previously, the Spanish had marked Necaxa, on the second day, and Juárez, on the fifth date.

A blunder by Nicolás Vikonis ended the hopes of Mazatlán. At 72 ‘, after a corner kick, Fernando Madrigal fired from outside the area. However, the players who were in the shooting zone blocked the vision of the goalkeeper, who could no longer react in time to prevent the ball from passing the goal line, despite the fact that the round went to the area where the goalkeeper was standing. Cerberus.

Fernando Madrigal debuted as a scorer with America

The midfielder who arrived to reinforce the Eagles for the current Apertura 2021, appeared as a scorer with América. Before the game against Mazatlán, Madrigal added 153 minutes in the MX League with the feathers, time that he added in six games, only one of them as a starter.