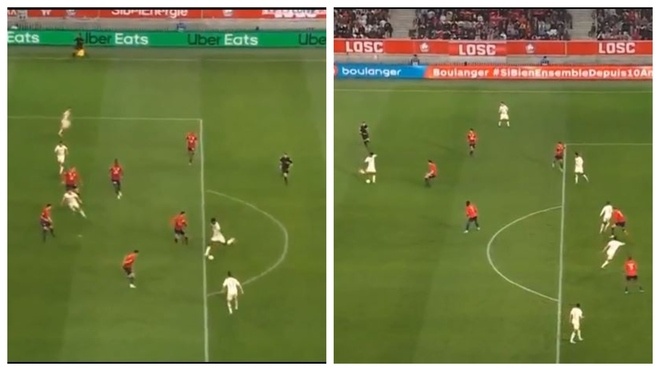 MARCA has promptly reported in recent months on the movements of the real Madrid about Aurelien Tchouameni. From the white club they consider the midfielder of the Monaco as the best possible replacement for Casemirothe only demarcation in which there is not a second specialist defined in the staff of Ancelotti. They have never managed to transfer an offer to the Principality club, but the change of scenery suffered last Saturday has given a return to the priorities of the madridista team. Monaco is a seller and knows that the player wants to leave, but they will not make it easy.

The field work, the one that opens the doors of possible signings as happened with Camavingait was done in due time, but Mbappe’s mortgage stopped its possible incorporation immediately. They spoke with the French international and everything seemed to be on track, but then they asked for a reasonable margin of delay, since the plans pending what happened with Mbappé did not go through reinforcing that position next summer. Now with the turn of events, Real Madrid has found itself with a interest-Liverpool offer for the midfield. What was discussed with the white emissaries still stands, but circumstances have changed.

In the Madrid entity they knew of the interest of several Premier teams for the signing of the midfielder and they knew first-hand the player’s desire to want to leave Monaco immediately. Now they have found themselves with the red panorama that Liverpool’s proposal has caused. Tchouameni has not bowed definitively. He is in the study phase. even the PSG he looked out the midfielder’s window, but found it closed. He does not want to continue in the French championship.

The French international wants to play and in recent weeks he has looked at one team and the other, looking for that gap in the starting eleven. He is looking for minutes and confidence to play an important role in the national team, with the World Cup in sight. Will I have a place with Valverde, Camavinga, Casemiro, Modric, Kroos and Ceballos? He has asked colleagues. Some have encouraged him to take the step and wear white, but he still does not have a closed decision.

In the event that Tchouameni’s future goes through Real Madrid, the one who would seek a safe exit would be Ceballos. He would clear the doubts immediately. In any case, the white management has more names on the tablealthough the situation around the French has completely changed.