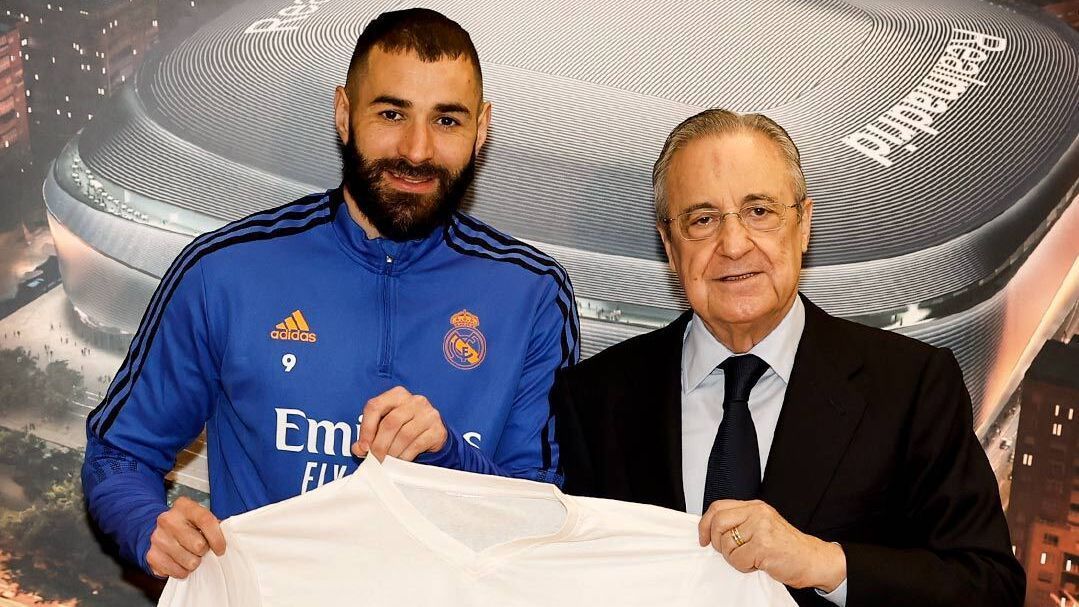 EFE.- Florentino Pérez, president of Real Madrid, presented this Friday a commemorative shirt to the French Karim Benzema after last Wednesday he scored three goals and thus surpassed Alfredo Di Stéfano in the list of the club’s all-time top scorers by adding 309 goals.

The shirt has retro features. Completely white, with the old Real Madrid crest and the names of both players along with their number of goals stamped on the chest.

Benzema could soon add another milestone, as he has ahead of him on this select list the Spaniard Raúl González Blanco, who scored 323 goals, and the Portuguese Cristiano Ronaldowith 451.

The striker, who has scored 30 goals and 12 assists in the 33 games he has played this season, scored his first goal as a madridista on matchday three of the 2009-10 League against Xerez and has accumulated 20 titles with Real Madrid : 4 Champions Leagues, 4 Club World Cups, 3 European Super Cups, 3 Leagues, 2 King’s Cups and 4 Spanish Super Cups.

In addition, with his hat-trick against PSG, Benzema surpassed Raúl as the Madrid player with the second most goals in the European Cup. Of the 1,009 that the white team accumulates in their fetish competition, they have signed 67, while Raúl managed 66. Cristiano Ronaldo is ahead, who is the only one who has managed to exceed a hundred goals (105).