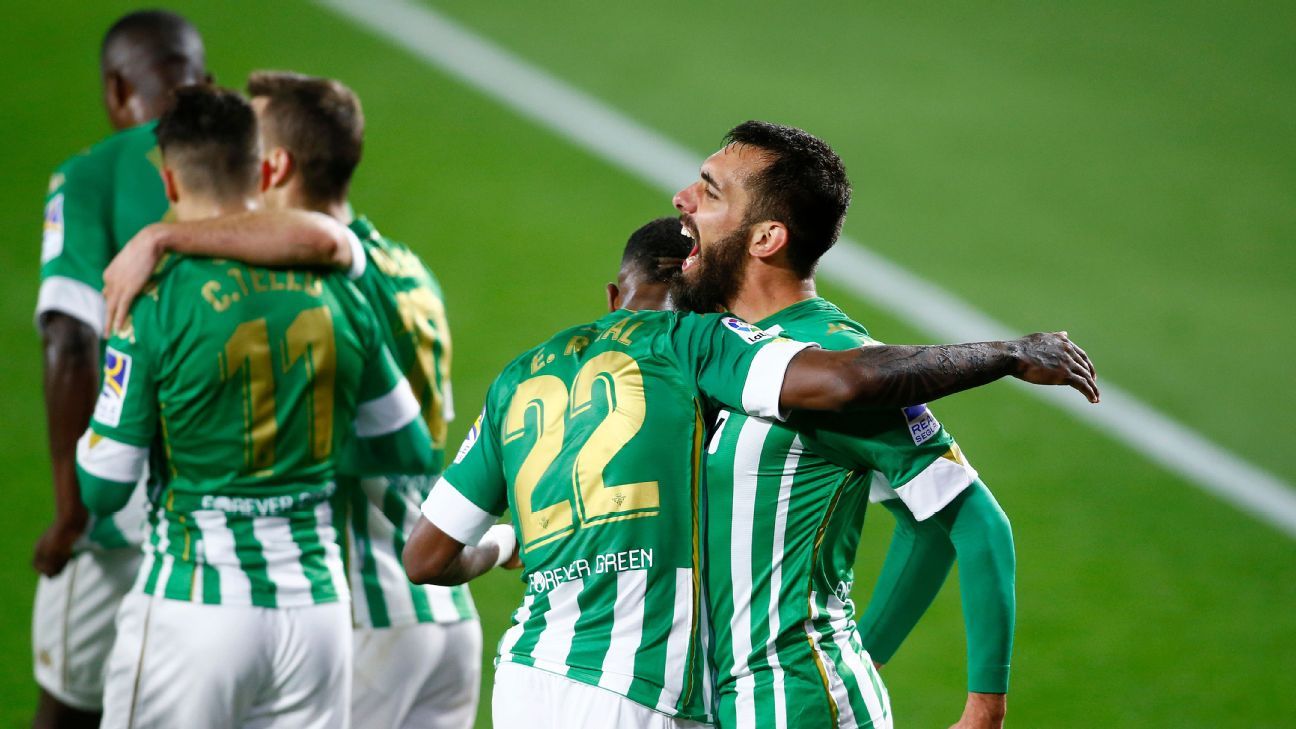 SEVILLA (EFE) — Betis struggled to eliminate Rayo but with the 1-1 draw achieved this Thursday at the Benito Villamarín they reached their fifth Copa del Rey final, an achievement that came in the 91st minute of the match when Borja Iglesias balanced the goal that he had achieved in the 80th minute for the Vallecanos and that provisionally forced extra time after the 1-2 with which he finished the first leg in Madrid.

The game was always very balanced, with a local team that wanted to control, but found a well planted visitor who almost gave the shock of prolonging the match for another thirty minutes, although Rayo was left with honey on the lips of be in their first final, in which Betis will enter to meet Valencia on April 23 at the Sevillian La Cartuja stadium with the intention of adding their third title in this tournament.

The tie came to Seville in favor of the Andalusian team, because of that 1-2 that gave them an advantage and also because the formation of the Chilean Manuel Pellegrini has a great trajectory in this course and that of Andoni Iraola, after starting very well, at this start of 2022 has dropped somewhat in its performance and results.

The fact that the Madrid team came to the meeting with a game won by the last seven officials and that in LaLiga they chained five without scoring, did not trust Pellegrini, who put an eleven of guarantees with all his heavyweights.

Players such as Sergio Canales, the Frenchman Nabil Fekir or the scorer Juanmi Jiménez were in the starting eleven, in addition to the confidence in the Chilean goalkeeper Claudio Bravo, despite receiving criticism in the derby against Sevilla, and put in the forward to the Brazilian Willian José.

Iraola, for his part, decided on goal for Luca Zidane, who had a good performance against Real Madrid last matchday, and left Macedonian Stole Dimitrievski on the bench, while Isi Palazón regained the title in midfield and the Senegalese Pathé Ciss, without the Colombian Radamel Falcao not even being able to be registered due to a puncture in a calf.

It was noted from the beginning that it was not just another game, with a great atmosphere in the stands that tried to make the locals not relax so that they would go for the game despite the fact that the initial result favored their interests.

In the face of this, Rayo had no choice but to reinforce his rearguard so that the disadvantage with which he arrived would not increase and that as the minutes passed he could find the moment to do damage, how could it have happened after a quarter of an hour , when Álvaro García sent a very intentional cross from the side that ended in a corner.

The visitors, with a great physical effort, managed to balance the game in the center of the field in a duel in which the fight between two Argentines, Guido Rodríguez from Betis and Óscar Trejo from Raya, stood out, and in which not much happened despite that the ball alternated from one area to another.

Thus, the break was reached, without the Vallecano team being harassed but also without the heliopolitan going through trouble against Claudio Bravo, with which the second part was left open to anything although always with the favorable result of the first leg in the Betic backpack.

The restart was similar, although Rayo took a further step forward in search of that goal that would balance the tie, something that Betis also wanted to take advantage of to find spaces in which to hurt Luca Zidane.

This situation prompted Iraola to let Santi Comesaña and Frenchman Randy Nteka enter the quarter hour with the aim of finding other solutions in the face of physical exhaustion and against a rival who knew how to play with time without going through trouble and with the idea to put a goal on the scoreboard that would put them in the final.

Thus, the last quarter of an hour of regulation time was entered and it was the Portuguese Tiago Dias ‘Bebé’, who had left in the 77th minute, who three later took a hit in a direct free kick to make it impossible for Claudio Bravo and equalize the tie .

Betis had to react immediately with the idea of ​​not going into extra time and Fekir was close to scoring, but the Albanian Iván Balliú prevented it from the goal line, although the locals, with Joaquín Sánchez and Borja Iglesias already on the field , they looked for it.

It was precisely Joaquín who started a play in the first minute of the five extensions that were given for and Borja Iglesias culminated it in 1-1 and that Betis was worth to stand in the Cup final 17 years later.