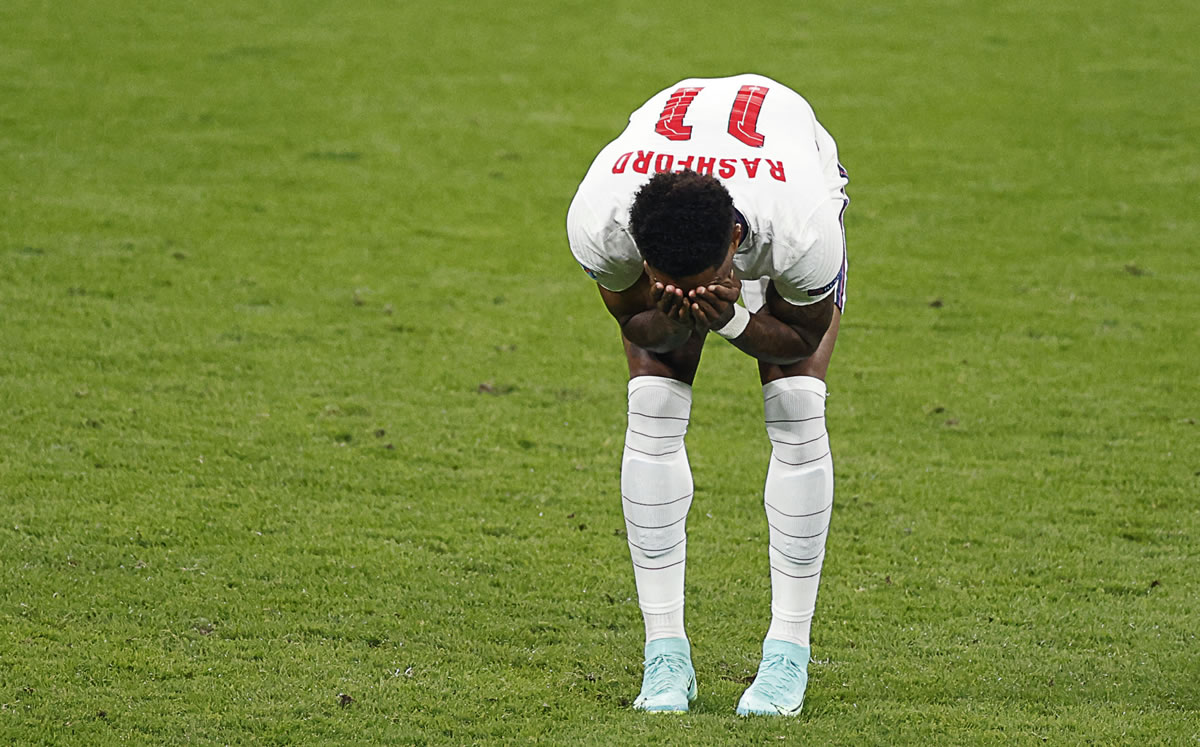 Marcus rashford, English footballer who was subjected to serious racist insults after missing a penalty in the final of the Eurocup who lost his team to Italy, apologized this Monday for his mistake on the field, but made it clear that “never” will apologize for who he is or by its origin.

“I can accept criticism of my performance, my penalty wasn’t good enough, I should have gone in, but I’ll never apologize for who i am and where i come from. I have not felt more pride than wearing those three lions on my chest and seeing my family cheering me on in front of a crowd of tens of thousands of people, “the forward wrote in a message posted on his social networks.

“I don’t even know where to start and I don’t even know how to put into words how i feel at this exact moment“begins the text of the Manchester United player, who admits that has had a “difficult” season and that perhaps he reached the key moment of the last game of the course “with a lack of confidence.”

“Unfortunately, the result was not what I wanted. I felt like I had disappointed my teammates. I felt like I had let everyone down. A penalty was all they asked me to contribute to the team. I can score penalties while I sleep so Why not that one?“, continues the letter, in which he recognizes that there is no word to describe his state of mind after losing the final of the Eurocopa on penalties.

“All I can say is I’m sorry. I wish I had come out differently, “lamented Rashford, who wanted to raise his voice for his teammates after a summer in which he has enjoyed one of the best concentrations of his career in which the group has built a brotherhood “that is unshakable“.

He added that he always dreamed of days like Sunday’s Final and stressed that, despite the criticism, the messages received after the defeat have been “positively overwhelming.”