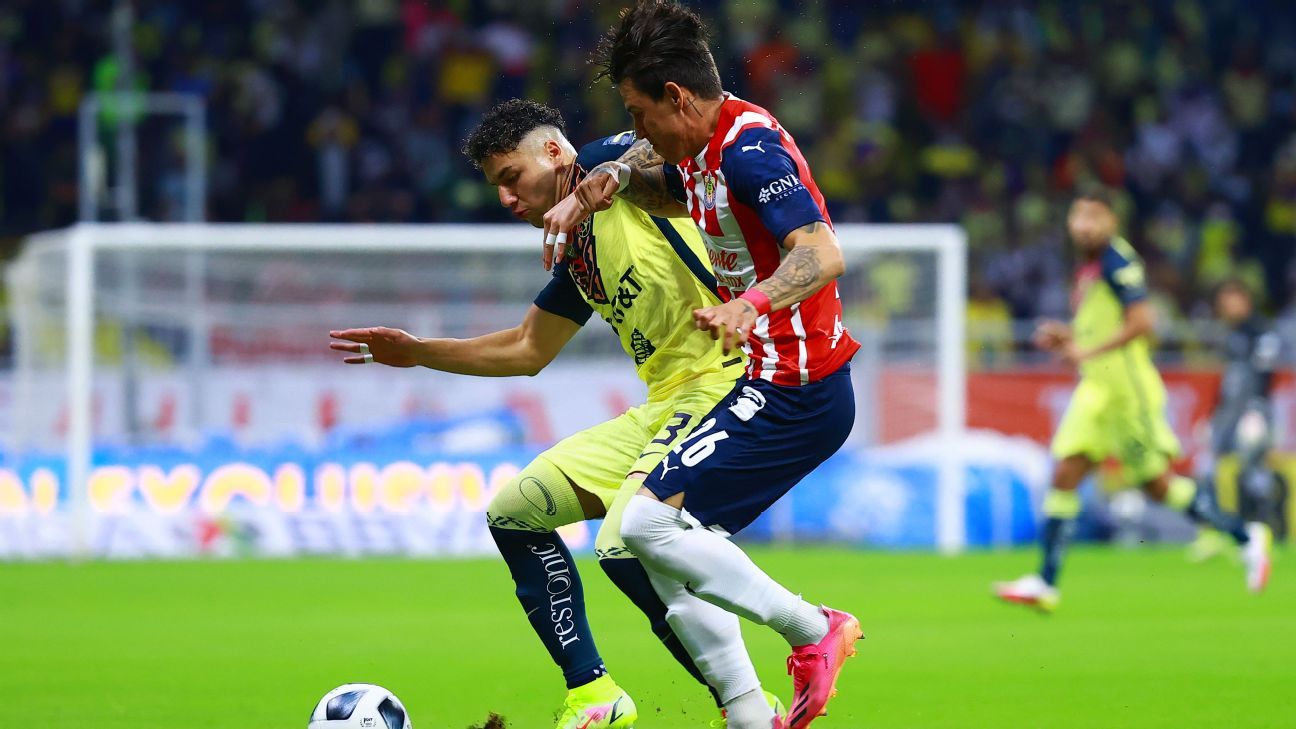 MEXICO – At minute 29, the steering wheel of Guadalajara, Cristian Calderon, he gave a hard foul to Jorge Sanchez, same as the ESPN analyst, Felipe Ramos Rizo considered that the player of Chivas had to be expelled, after the ‘iron’ on his rival,

“They forgive the red card to ‘Chicote’ Calderón,” said the former referee through his social networks.

After the offense, the whistle Cesar Arturo Ramos sanctioned the infraction, however, did not consider admonishing the Guadalajara player, so he chatted for a few seconds with the players of both players.

Prior to the resumption of play, Jorge Sanchez He approached the central referee to show him the state of his right leg, after Cristian Calderón’s hard tackle, emphasizing that he will review the play through the VAR, since in America they determined that the infraction was worth a red card.

Despite the multiple claims by the elements of the America, the central referee did not go to the VAR, so he resumed the actions.

On resuming the match, again the players of the America they continued with the claims, so Cesar Arturo Ramos He approached again with Jorge Sánchez to end the multiple claims of the player as well as his teammates.