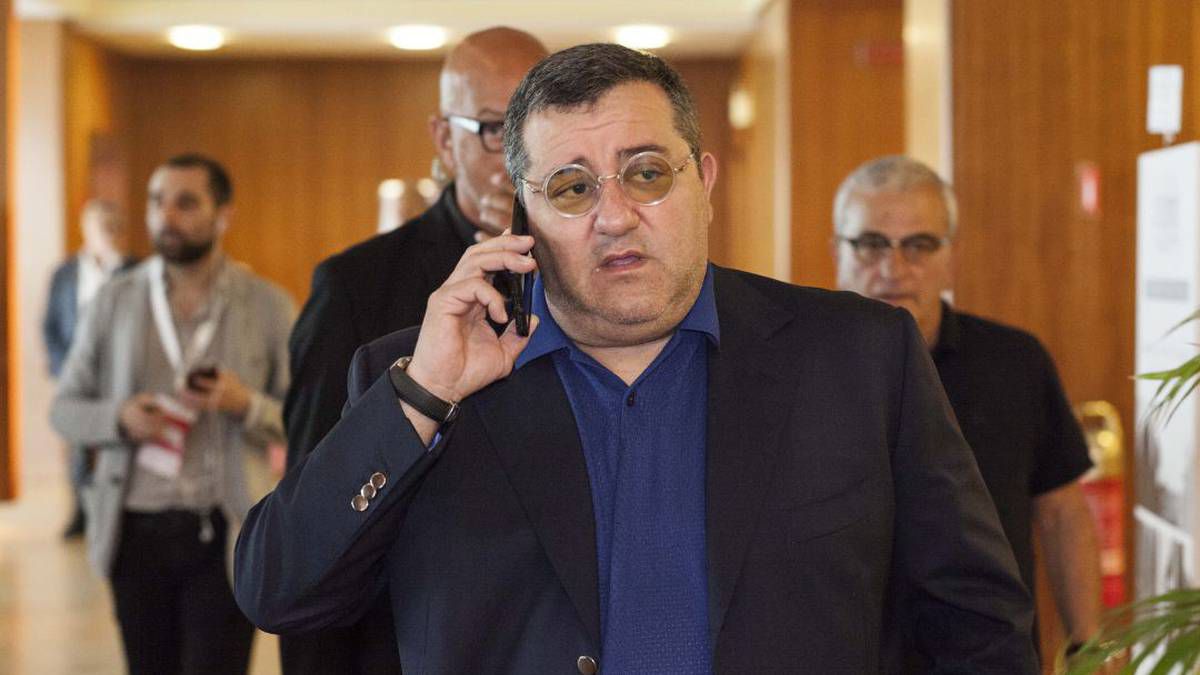 Once the health problems that kept her about a month in ICU of a hospital Milan, to the king midas of the agents now has another sharp topic: make a decision together with the Norwegian striker and his entourage about his nearest future. Continue one more season in Dortmund and be the jewel in the crown of the megaproject that Borussia is preparing or make the final leap to a great that catapults your career to the next level?

For this, and in order to finish knowing the arguments of the teams that sigh for the huge number of goals that their client assures, they have carried out a tour of Europe. The second, if one takes into account the one he made together with Alf-Inge, Erling’s father, precisely on these dates last 2021. A reconnaissance tour to finish making a decision that has the planet football on tenterhooks.

The most bombastic meeting was the one carried out with Joan Laporta. Perhaps because of that obvious need for illusion of Barcelona with a galactic name for next summer. And the current Barça president, who has assured countless times that signing him “is possible”, is a dialectical juggler. But there was also one with Manchester City, on behalf of Txiki Beguiristain, as reported by Fabrizio Romano. Guardiola seeks to put the icing on the cake for his project with a genetic ‘9’, and between Haaland and Kane the odds orbit.

Real Madrid, while quietly pushing, watches him behind the scenes. As the same source affirms, in the white club they consider it ideal to defer their arrival to the summer of 2023, but they do not want to lose a strategic opportunity and almost a hit on the world table that is practically unparalleled. They don’t even want to imagine another ‘Ronaldinho case’in which by not matching the arrival of Ronnie with Beckham, the Brazilian ended up becoming a myth… but culé.

The Dutch agent of Italian origin also passed through Munich. He had an appointment with Oliver Khan and the bayern. But in this case, without the Norwegian as a reason, despite the fact that the continuity of Robert Lewandowski is not 100% guaranteed. The Bavarians intend to sprint for another represented by Raiola: Ryan Gravenbergone of the most promising midfielders on the European scene and who would come to occupy the position of Corentin Tolisso, who aims to return to Olympique de Lyon.