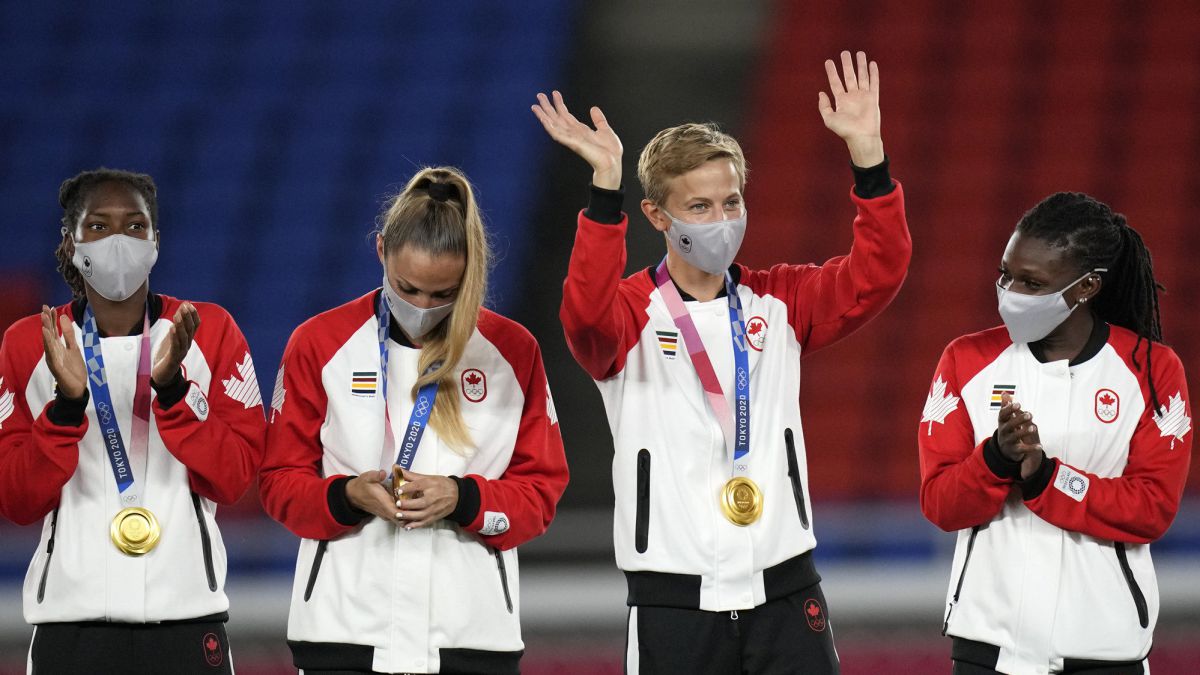 The Canadian team made history this Friday, by getting his first gold medal in football in the grand final of Tokyo 2020, after beating his counterpart from Sweden in a dramatic series of penalties, to stay with the first position of the women’s soccer tournament, where in addition, a historical event was recorded within the Olympic tournament, since the Canadian, Quinn, became the first transgender athlete to hang a gold medal at the Olympics.

The player who currently plays in the OL Reign of the National Women Soccer League, became the first openly transgender and non-binary footballer to achieve an Olympic medal, after the selection of the country of the maple leaf, joined the list of Olympic champions, after beating their counterpart from Sweden, in the dramatic final played in Yokohama.

Quinn climbed to the top of the podium with his team, after a meeting in which the midfielder who plays in the American league, was a starter and left the exchange after the end of the first half, in a meeting in which Canada and Sweden equaled one goal after regulation time and after overtime, so The Olympic champion of the women’s soccer tournament had to be defined in a dramatic series of penalties, which ended with a score of 3 to 2.

The Canadian team revealed, in September last year, su identity as a non-binary transgender person, through a social media post and months later, marked a milestone for the LGTBQ + community within the Olympics.

Canada achieved its first Olympic gold medal in women’s soccer and joined the select list of champions, following the titles of the United States, Norway and Germany, in addition to maintaining North American hegemony in this tournament.