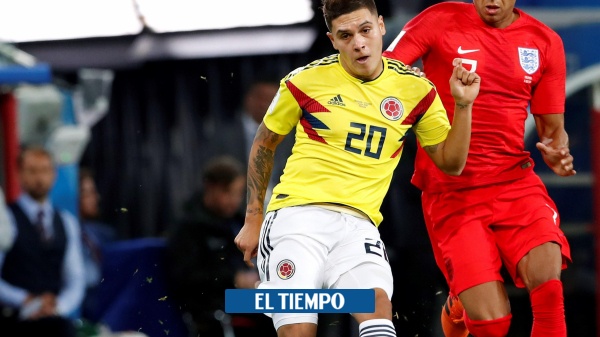 The former River Plate player shone on the day with his team, Shenzhen FC.

Juan Fernando Quintero, a Colombian player for Shenzhen FC, is in the news this Tuesday for a spectacular action in the Chinese Super League: left several rival players ‘scattered’, from Qingdao FC.

The Colombian showed a touch of his talent, of his magic, to invent an individual play in the rival area, dribble and dribble, and then assist Ke Sun, who scored the final 1-4 for the triumph of Shenzhen FC. All China talks about the Colombian and his ‘maradoniana’ action.

(In other news: Olympians: Simone Biles, another case of depression in sport)

The team in which Quintero plays is second in group A of the Chinese Super League, with 18 points in 9 games. Shenzhen FC will play again on Friday, July 30, against Guangzhou Evergrande, leader of the area with the same score.