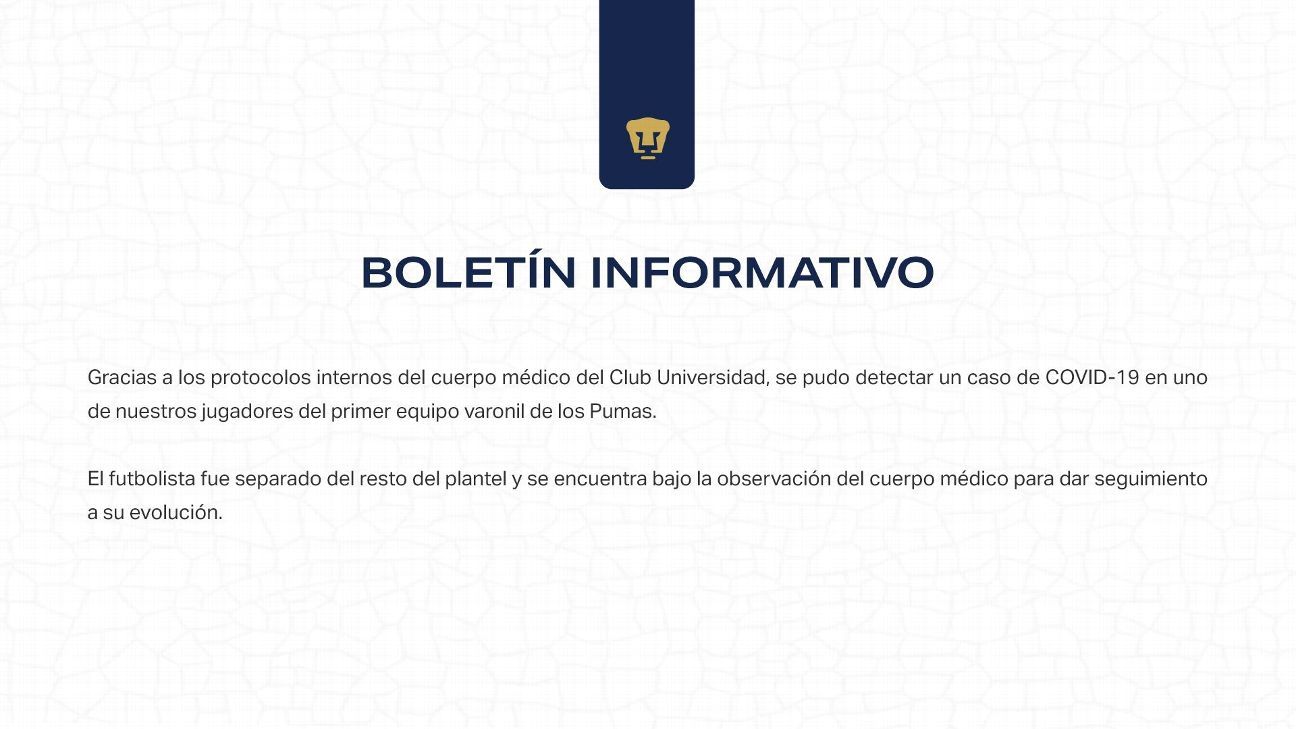 On Matchday three, Pumas will face Atlético San Luis and a few days after the match the club reported that there is a case of Covid-19 in the squad

Pumas presented a positive case for Covid-19 after carrying out a health protocol of the club, a situation that they confirmed through a statement, which was published on their social networks.

“Thanks to the internal protocols of the University club, a case of Covid-19 could be detected in one of our players from the first men’s team of Pumas”The text reads.

With this case, there are six members of the first group who have tested positive for the virus, In addition, this is the first since the Apertura 2021 began, and that the last ones were in preseason.

The felines have been one of the hardest hit groups in this area. Even the helmsman Andrés Lillini himself was one of those affected by the virus, as well as the Brazilian midfielder José Rogeiro, who could not travel to the preseason in the United States due to the infection.

The rest were members of Lillini’s coaching staff, who had no health complications and all kept the measures indicated by the health authorities.

“The footballer was separated from the rest of the squad and is under the observation of the medical body to follow up on his evaluation“Added the statement on Thursday.

Meanwhile, this weekend, the Pumas will collide with Atlético San Luis in what will be matchday 3 of Apertura 2021. The cats will have, in addition to the player who tested positive, the casualties of Nicolás Freire, Johan Vásquez, Alfredo Talavera, Carlos Gutiérrez, Washington Corozo and José Rogeiro.