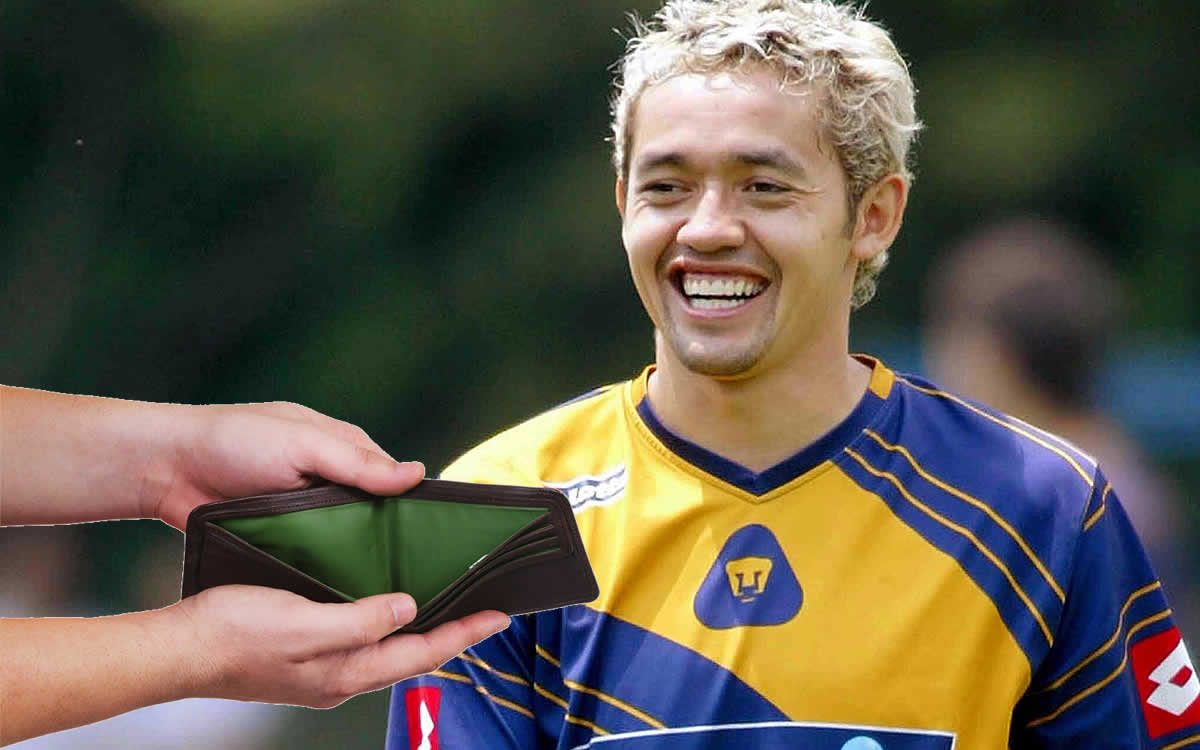 How far away are those years when Cougars he fought for the title regularly. To the memory of its millions of fans come the images of the 2004 two-time championship with Hugo Sanchez as a coach and players such as Sergio Bernal, Joaquín Beltrán, Kikín Fonseca and Parejita López, the latter one of the most charismatic who chose to return to that club despite receiving a almost laughable economic offer.

Talking on the podcast Very out of place next to the Werevertumorro, Jose Luis Lopez He recalled that due to his father’s problems with a manager he had to make his debut in the First Division with the Puebla Club, although shortly after returned to the National University, but with a salary far from expected.

“I made my debut with Puebla in the First Division thanks to Miguel Mejía Barón, then Pumas returned to him and asked me for the team, although they offered me nothing financially. In Puebla they offered me much more to stay, to say that If they gave me 200 pesos there, in Pumas they gave me 20 cents. I really did not care about the money because it was the Pumas, my dad played there for 10 years, “said the former player, to later give clues of how much they paid him in Pumas upon his return.

“My first salary with them was 2,000 pesos when I was in the Second Division, from there I went to Puebla winning a little more and when I returned to Pumas, to play in the First Division, they gave me double, just that extra, “he added.

With that little encouraging monetary experience, the Couple later he lived the opposite side of the coin with the hiring of Hugo Sánchez as a coach, who from day one promised “Treat them like in Real Madrid”, so the luxuries, prizes and incentives were a daily thing.

“He arrived in Pumas and the first thing he told us was: ‘I’m going to treat you like they treated me at Real Madrid, like kings’. He really gave us everything, we lived in another world, in the best hotels and restaurants. You just reached out and they gave you everything you wanted, was the moment when Arturo Elías Ayub came to the board of directors, Juan Ramón de la Fuente as rector. The mentality of all of them was the difference regarding how they handled themselves before they arrived at the club, “he said.

“Of course it raised the spirits of all of us, the footballers won prizes or bonuses for objectives. At that time you won a game and in the dressing room there were boxes with laptops, cell phones and consoles for each one, we had never experienced that. It was also the turn of the props, the entire squad and not just those who played. With that they motivated us, they were so intelligent that they knew how to keep us 100% with them. “

Those who ‘did the tactic’ to Hugo in Pumas

For years it has been said that Sergio Egea and Mario Carrillo placeholder image were the true geniuses of tactics in the Two-time 2004 Cougars, as Hugol was a motivator, but not a capable strategist on the board.

“Hugo Sanchez He is a very good coach, as a motivator he is excellent and He is so smart that he knows how to surround himself with people who help him And I’m not just talking about assistants, but also about people outside the field who were his advisers. Mario Carrillo was always there on the platform and he told him the tactical things, but not only him, there were many who reported details of the field and Hugo saw it and corrected it, that is a great secret of a winner like him, “said López.