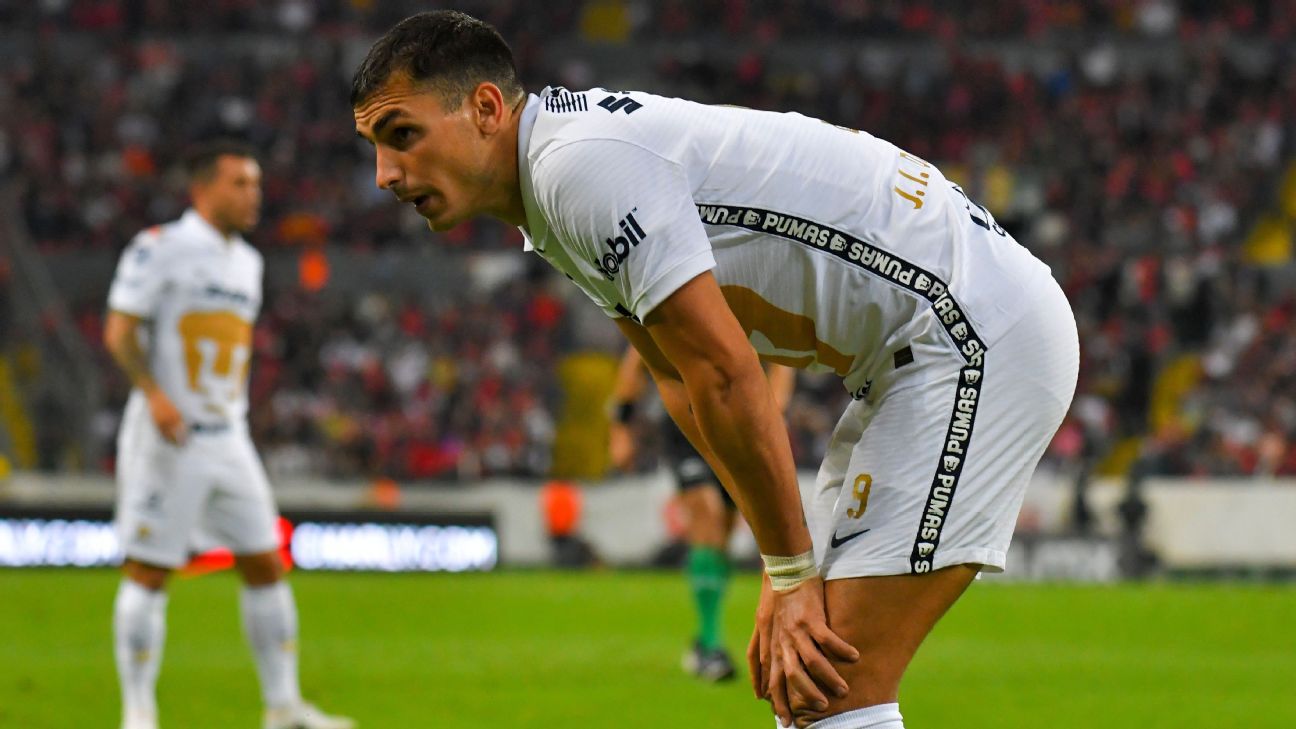 MEXICO – The Appeals Commission confirmed the expulsion to Juan Ignacio Dinenno, forward of Pumas, for the fault he did against Jesús Angulo, defender of Atlas, in the semifinal of the recently concluded Apertura 2021.

Through a statement, the commission reported that the sanction previously established for the Argentine striker, who was sanctioned with a game suspension for “being guilty of serious foul play.”

“The Appeals Commission determined that after analyzing the evidence presented, the appeal filed is not admissible, which is why the sanction of a suspension meeting was ratified.”

Thus, Dinenno The first match of the Clausura 2022 will be lost, which will be against Toluca at the University Olympic Stadium on Sunday, January 9 at 12:00 hours.

Dinenno was sent off last Sunday, December 5, at the Jalisco Stadium after he tried a Chilean shot at minute 93, which hit Jesús Angulo’s face and the referee Jorge Pérez Durán sent him to the showers.

Minutes earlier, the same South American forward suffered an elbow from Anderson Santamaría that fractured his nose, causing him to bleed. For this action, no penalty was sanctioned in favor of the auriazules.