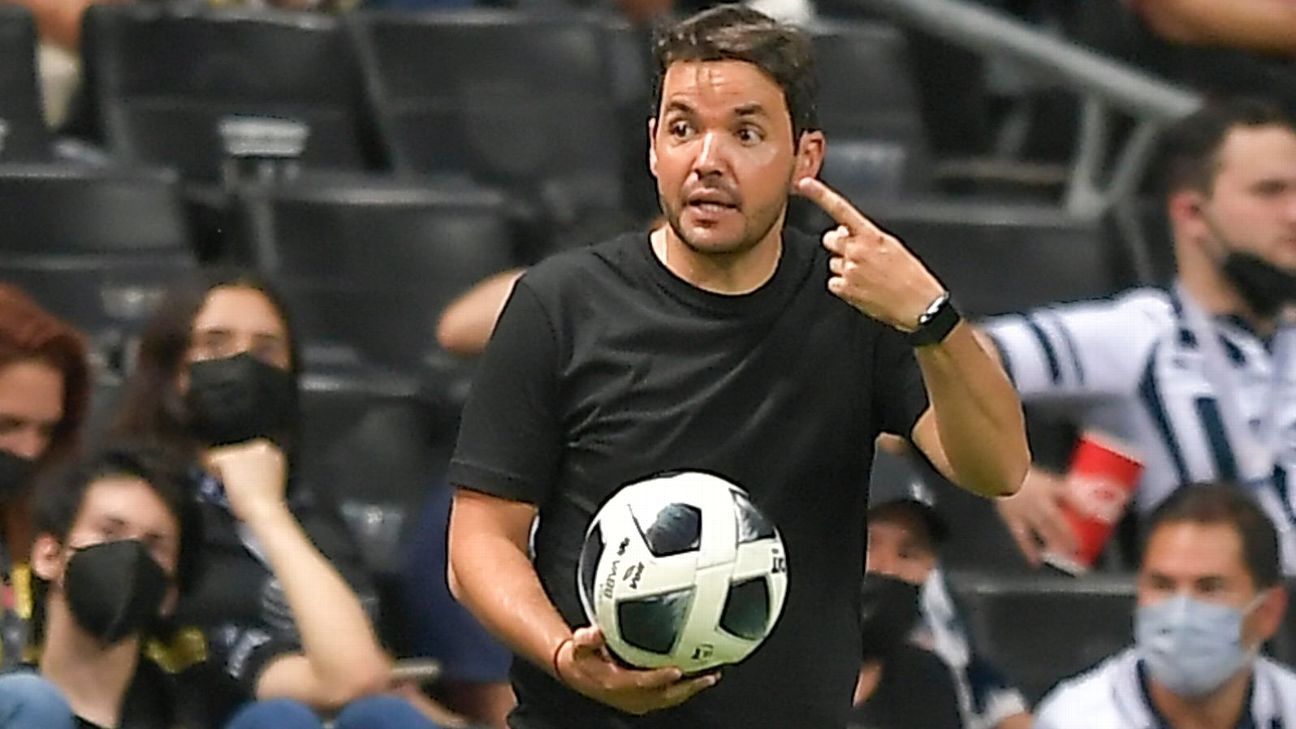 In an interview with ESPN, the Uruguayan coach showed his pride in being part of the improvements that will take the club to the place it deserves for its history

After the great tournament that Puebla had in the Guard1anes 2021, in which they reached the semifinal of the championship, broke points records in the regular season and had a scorer like Santiago Ormeño; the directive of the camotero group decided to “dismantle” the assembly, in search of solidifying the economic foundations of the establishment. The sales of the Peruvian naturalized Mexican striker, Omar Fernández and Salvador Reyes they brought some advantages to the institution.

“They are low that at the time were sales and that are income for the economy and finances of the team and that is positive. Apart from the fact that they do not maintain the sports needs of the organization, they are still possibilities for growth of the project itself. One feels part of having given the team operation for those sales. Having had the possibility that some players have transcended in important teams, is a sum of positive things to grow in another aspect “, Nicolás Larcamón, Puebla coach, said in an interview for ESPN.

Despite the fact that the players’ sales to other teams in the MX League gave economic benefits to the club, the strategist of Puebla He acknowledged that he would have liked to have these elements at least one more tournament, to consolidate the team’s sports project.

“I believe that as a coach it is very important to give continuity. It is not easy to give him this structure and one wants to have continuity like other teams that did not have casualties, but hey we are clear that we have to meet objectives beyond the objectives on the field and that They are also economic that are coming out of a crisis and that is paying off in all areas and that the sale of the players contributed a lot and that they occurred. It is clear that the challenge as a coach is to have to strengthen, but it is the challenge that we assume We know that more challenges will come with other teams with excessive ambition and we have to achieve the results, but today we are at the forefront of this and proud of what we did. “

The camotero helmsman had a dream debut last tournament in the MX League, which made his name appear on other Mexican football teams. However, Larcamón decided to renew his contract with Puebla, knowing that there would be a strong dismantling in the team for this championship.

“I understood that it was a way to repay the club for the trust placed in me and we feel that the organization is on the way to consolidating improvements that will lead to an improvement of what Puebla was a few years ago and one also decided to be part of the growth and improves “.

At the start of Day 8 of this Apertura 2021, the Strip will face Atlético de San Luis, a team that arrives at the Cuauhtémoc Stadium as one of the best defenses of the championship by only accepting seven goals so far in the tournament. In contrast, since Ormeño’s departure, the goal in Puebla has cost work. In this championship, the Puebla team has only four annotations in seven games.

“We have forgiven the rivals too much. We have had situations to add and have an even performance, it was not given to us. I do not attribute it to the departure of Santi (Ormeño), but at the same time I think we have not generated situations, we have lacked forcefulness not to fall in the visits and that the players who have left were the goal-scorers. Today we are focused on ratifying the last victory and the conviction of doing it well. “