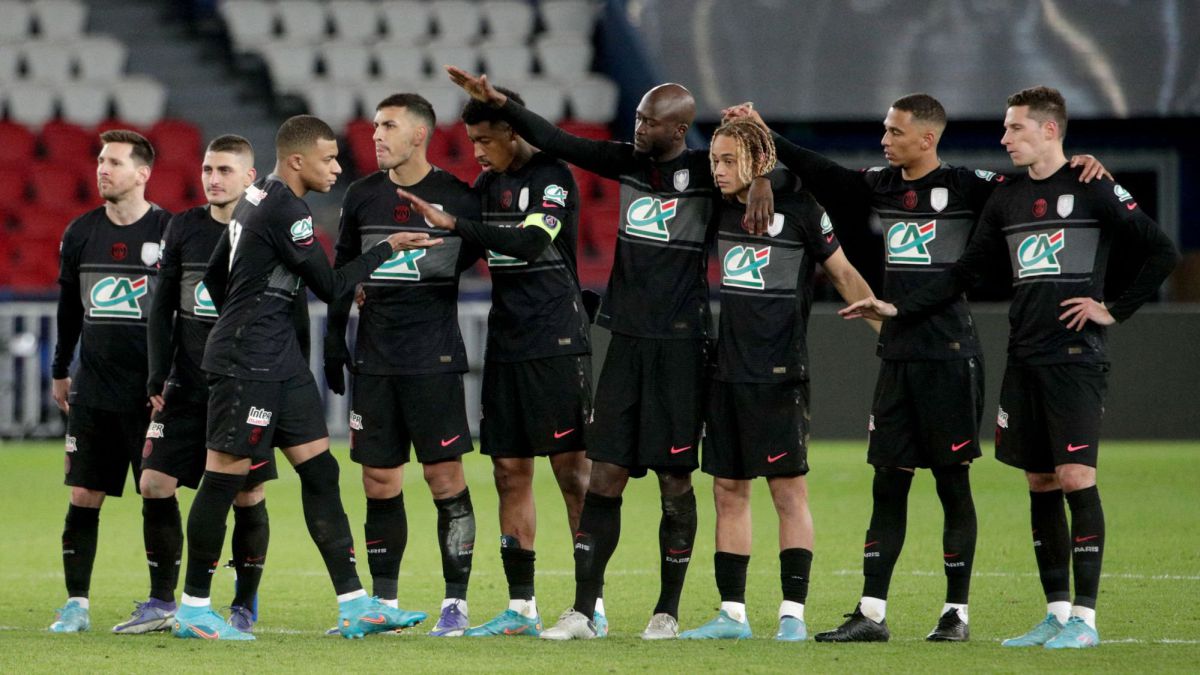 There are only 11 days left for PSG and Real Madrid to open the curtain on the Champions League round of 16. The match at the Parc des Princes will mark the future of the season for the Parisians, who, like their counterpart, were eliminated this week in the Cup. Those of Pochettino do not know yet if they will be able to count on the entire squad for the contest of the maximum continental competition.

According Le Parisian, The Argentine coach already has more or less clear the eleven that he will line up against the whites in Paris. The doubts continue to transcend in two sectors: the goal and the center of the field. Throughout the season, Pochettino has followed a policy of rotating Donnarumma and Keylor Navas early in the season. Both have played three games in the Champions League and it is not clear if the PSG coach will choose one for the entire tie or, on the contrary, will continue to rotate.

The defense, in addition to the attack, seems clear for the first leg. With a Sergio Ramos between cottons who is not here and is not expected on February 15, PSG should line up Achraf, who has just returned from the African Cup, Marquinhos, Kimpembe and Nuno Mendes. The hypothesis of playing with three central defenders has practically vanished due to the continuous injuries of the camero so, except for surprise, the scheme will be a 4-3-3.

In the center of the field, the only ones who seem to have a guaranteed place are Verratti and Gueye. The remaining position, according to Le Parisian, it will be played between Ander Herrera and Paredes. ANDhe Spaniard is a back and forth midfielder who has great ability to press while the Argentinian is more positional for Verratti have more freedom to move across the divide. Danilo is not ruled out either and it is that the Portuguese is having many opportunities from Pochettino during 2022, especially to make the ball out with three central defenders that Santa Fe likes so much.

Regarding the offensive trio, the trend indicates that Neymar will not start against Real Madrid. Although recovery from his ankle injury is progressing wellthe Brazilian will arrive, in the best of cases, with only one game behind him since November 28 (date on which he was injured), and that the presence of the PSG crack against Rennes on the 11th is not guaranteed February. Di María, Mbappé and Messi would be the trinomial that would face the first leg of the round of 16, while Ney would have to wait for his opportunity on the bench.

PSG’s possible eleven against Real Madrid: Neymar would stay out