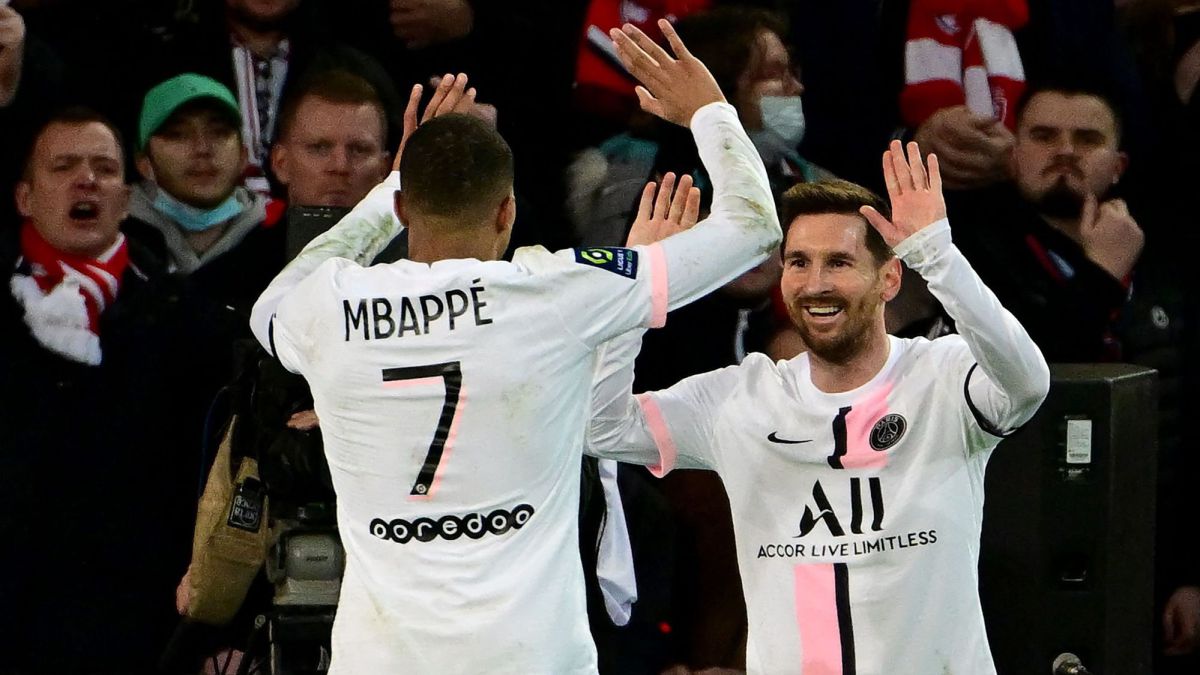 With a stroke of the pen the PSG vanished the doubts that had been generated around the team after the premature -and unexpected- elimination from Copa last Monday. The Parisian team was an unappealable cyclone for Lille, which has gone from being champion to a weak team whose defense is at the mercy of rival teams. The leader of Ligue 1 showed no mercy today. All the occasions that it generated entered, thrashed Gourvennec’s men in midfield and if it was not enough, Messi made the best game that he is remembered in Ligue 1. The 1-5 was fair, though grbic, the local goalkeeper, had direct involvement so that the result was so bulky.

Pochettino has more or less in mind with which eleven he will play his future at PSG. The Argentine coach was recovering pieces today, since Achraf returned to the starting eleven after having played in the African Cup and Mbappé, a substitute against Nice due to some inconvenience, was part of the game, as were Marquinhos and Di María, who were not in the Cup on Monday as they were concentrated with their respective teams. The 4-3-3 seems immovable in the mind of Poche.

Although the first half of PSG was not brilliant, with an injury to Di María included just nine days to face Real Madrid, the Parisians had a proper name: Messi. Recovering the Argentine with a Champions League tie just around the corner is, without a doubt, the best news for Pochettino. The Argentine star was very involved in his team’s play during the 45 minutes and Lille could not contain him at any time.

The good work of PSG started with a goal from Danilo. The Portuguese took advantage of a flagrant error of Ivo Grbic, who had a night to forget, being decisive in two of the three goals scored by the Ligue 1 leader in the first half. With no time to blink and with a dominant PSG through possession, Hatem Ben Arfa, a misunderstood genius whose gigantic talent was never accompanied by regularity, destroyed Di María and assisted Botman, who beat Donnarumma, who could have done more in the meantime.

The 1-1 had made the game beautiful, but defensive errors condemned Lille. What was the best defense in France last season has become a house of cards that goes to defensive error every week. Grbic went wrong in a corner and Kimpembe, who was on the penalty spot, took advantage of the Croatian goalkeeper’s mistake. Without a doubt, the Lille misses Maignan.

With a more toned Messi than ever, Lille laid out a red carpet for the Argentine just before the break. The seven-time Ballon d’Or winner was nourished by an indecision of Sven Botman at the edge of the area and beat Grbic with a Vaseline typical of the genius that has always been. As if that were not enough, the former Barcelona player had time to hit the post with a free kick just before the break. It is the seventh post that he has this season, which is a record at this point in the championship in France.

PSG’s bloodletting against Lille did not stop in the second half, already against a rival who lowered his arms very soon. Danilo unexpectedly slipped in as the great scorer of the night and rounded off his great game with a good goal from the edge of the area, even if Grbic could do something more reacting late to the midfielder’s shot. The Parisian destruction, unstoppable with an omnipresent Messi, increased thanks to a great goal from Kylian Mbappé that, although he was not playing his best game, scored after a shot of beautiful bill from medium distance. The 1-5 was too much punishment for him Lille, who from 1-2 disappeared from the match.

The Stade Rennes reacts and returns to Europe

The Stade Rennes met again with the victory against Brest (2-0) which he beat in Roazhon Park to return to the European zone of the Ligue 1 of France that this weekend completes the twenty-third day.

The set of Bruno Genesius He recovered from the setback he suffered in the previous session, when he lost to Clermont, against an apparently unpretentious rival in the table. Comfortable with respect to the descent and far from the top.

Gaetan Laborde opened the scoring after twenty minutes when he headed in a center from Lovro Majer. He closed it at the last minute, with the goal of martin terrier after receiving a ball from Loïc Bade.

The Stade Rennes stands in fifth place, from where he displaces the Monaco, with a dot behind the Strasbourg, bedroom. The Brest He is thirteenth, although eight from the descent.

The Rheims who directs the spanish Oscar Garcia Junyent there was a goalscoring festival against Girondins (5-0) while the Nice who drives Christophe Galtier crashed at the Allianz Riviera against the newly promoted Clermont (0-1) to jeopardize second place in the Ligue 1.

Reims had not won since beating Saint Etienne on December 11. He accumulated five crashes without adding the three points the set of Oscar that was dangerously close to the relegation zone.

However, he took advantage of the visit to the Auguste Delaune stadium of a relieved rival in depression last weekend against Strasbourg. A penalty signaled in favor of Reims five minutes before the break shook up a flat duel. Hugo Ekitike failed but took advantage of the rebound to take the ball into the net and put the locals ahead.

At the start of the second half the Zimbabwean Nyasha Munetsi scored the second, right at 46 and at game time Reims scored the third through the Dutchman Azor Matusiwa. In full vein of successes, the Belgian Wout Faes scored the fourth four minutes later and in the 76th minute Munetsi rounded off the win for Óscar’s team against an opponent with no ability to react who played the last twenty with one less player due to the expulsion of Danilo Ignatenko. The Rheims moves away from the descent to which the Girondins, now penultimate.

On the other side of the classification, Nice took a step back in its aspirations. He put his second place in jeopardy with an unexpected defeat against the newly promoted Clermont who made profitable the goal achieved by the Kosovar Elbasan Rashani a quarter of an hour from the end.

Metz came out with a point from Stade de l’Aube del Troyes (0-0) that leaves both anchored at the bottom and still threatened by relegation while the Strasbourg moved into European positions after beating the Nantes at Stade de la Meinau (1-0) with a goal from Dimitri Lienard in 74.

Lorient comes out of relegation at the expense of Lens

Lorient, who had gone fifteen games without winning, rediscovered victory with a visit from lens (2-0), revelation of the season, to get out of the relegation places of the Ligue 1.

Sambou Soumano shortly before the break and Ibrahima Koné, a quarter of an hour from the end, led to the victory of the group of Christophe Pelissier and woke up from their sleep lens that for much of the course had been installed at the top of the table.

It was the second loss in a row for the team Frank Haise that last weekend fell against the Marseilles and that falls to ninth place in the table, far from the European zone.

PSG takes revenge on Lille with a little hand