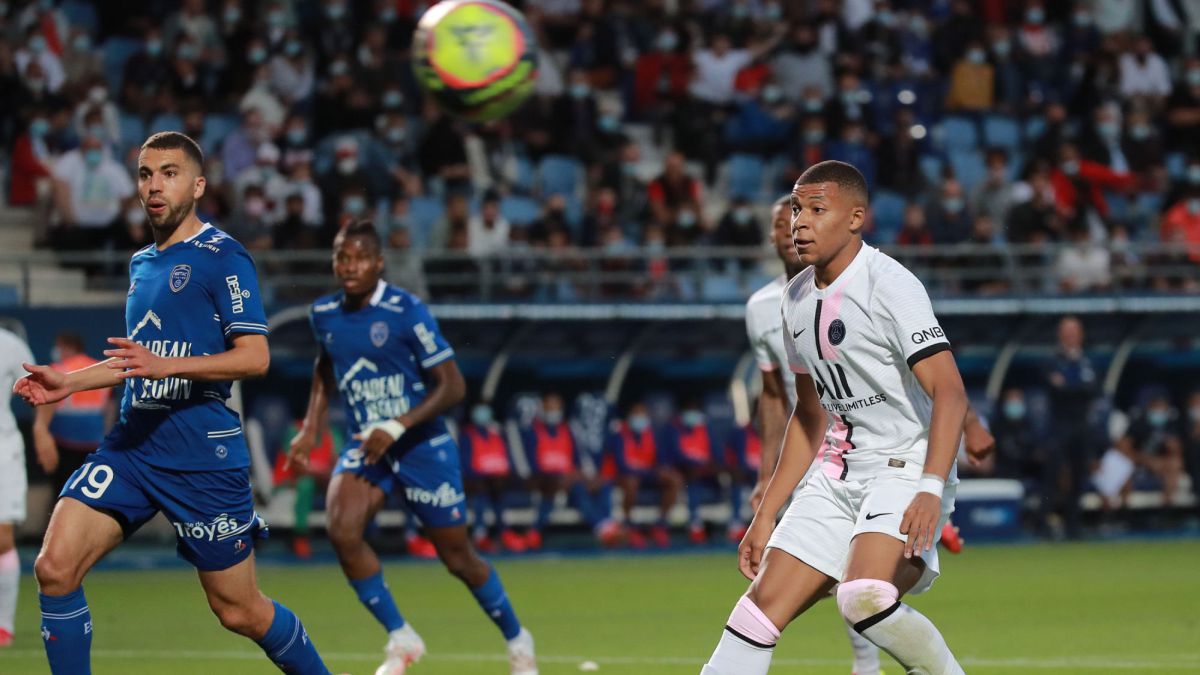 PSG made their debut in Ligue 1 with a hard-fought victory against Troyes. The Parisian team, which hopes to make Messi official next week as reported in France, came back against the newly promoted and added his first three points of the season. Mbappé started and was replaced in the 90th minute by Sarabia.

PSG made their Ligue 1 debut against the recently promoted Troyes, a team that belongs to the City Football Group and that was looking for the feat of beating one of the French soccer giants and top favorites to take the title. Mbappé played his first games of the season as a starter in a line-up that also featured brand-new signings Achraf and Wijnaldum. Ramos and Donnarumma did not enter the call, as well as the Copa América players.

PSG started losing in Troyes and suffering a lot. Those of Batlles, who are a team that always want to get the ball played, went ahead on the scoreboard in a corner thrown by Chambost and materialized by El-Hajjam. The Parisian team had enough problems to unravel the hard-working 5-4-1 in retreat of their rival, but in just one minute they were able to turn the game around.

First through Achraf, who took advantage of a great pass from Ander Herrera and shot the net with a powerful shot. The Moroccan begins to justify the 60 million that Leonardo paid for his services and was once again decisive. On the next play, Icardi took advantage of a great break from Mbappé (after another great pass from Herrera) and the Argentine, who had 4 touches in 19 minutes, put the 1-2 with the outside. Before the break, Keylor Navas avoided the tie with two very merit stops to Ripart, who was one of the most active of the locals.

The second half had little to do with the first as soon as both teams left the dressing room tunnel. PSG slept the rhythm with very long and inconsequential possessions to prevent Troyes from going out on the counterattack. The locals, however, continued to attack in the final stretch of the match, although without bothering Keylor Navas, who intervened only at the end and was key in giving PSG the provisional lead.